The broadcast included big wins from artists such as Luke Bryan and Maren Morris, who led the awards with five nominations this year. The 56th annual Academy of Country Music Awards this year took place in many locations, from the Grand Ole Opry House to the Nashville Riverfront.

Here are some of the big winners and moments of the night.

During the telecast, singer Luke Bryan took home the biggest award of the night: “Entertainer of the Year.” Although Bryan canceled his performance at the ACMs after testing positive for coronavirus, he accepted his award virtually.

The “American Idol” judge recently returned to the reality TV series on Sunday after recovering from the virus and missing the first live episode of the season. Bryan thanked his family and his record label during his big moment and hinted to a future of live shows and performances.

“We’ve missed touring, and we’ve missed being on the road with everybody that makes me an entertainer,” said Bryan during his speech. 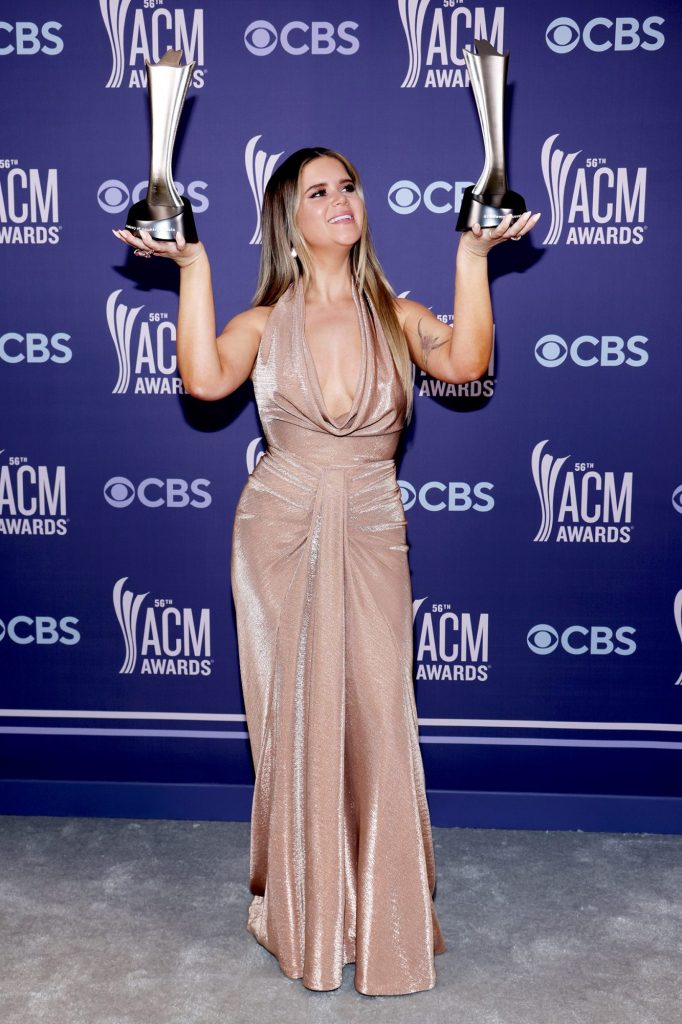 Texas-born singer Maren Morris took home two awards at the annual ACMs this year, winning “Female Artist of the Year” as well as “Song of the Year” for her Grammy-nominated song “The Bones.”

During her “Female Artist of the Year” speech, she praised her fellow nominees, saying that they “inspired” her and put out great music. 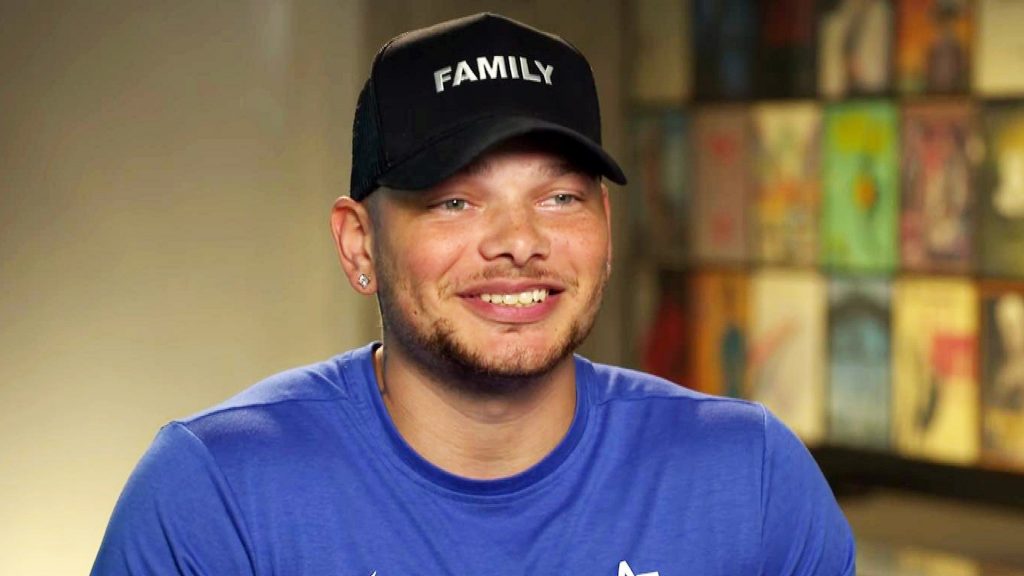 The ACMs set major milestones for women and black artists respectively this year. With the “Single of the Year” nominees performed by women such as Miranda Lambert and Maren Morris, singer Carly Pierce won for her collaboration with Lee Brice, “I Hope Your Happy Now.”

Also, the telecast introduced a few historic wins for black country artists, expanding the potential for inclusivity and representation in country music. Singer Jimmie Allen won “New Male Artist of the Year” and is the first Black artist to win in the category.

Kane Brown also is the first Black solo artist to win “Video of the Year” at the ACMs. After winning for his song “Worldwide Beautiful,” Brown took to Twitter to thank his fans after an interview with CBS This Morning. 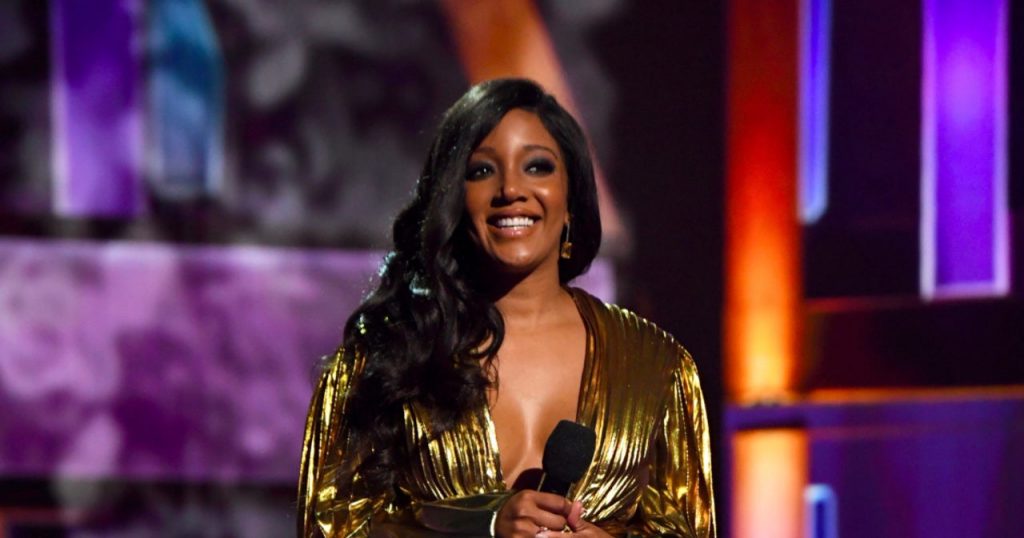 Mickey Guyton is also the first Black artist to co-host the ACMs, while also being the first to receive a Grammy nomination in the country category.

Guyton is known for her vocals in the country song “Black Like Me,” which addresses her place in country music as a Black woman. Guyton also graced the ACMs stage with a performance of her song “Hold On.” 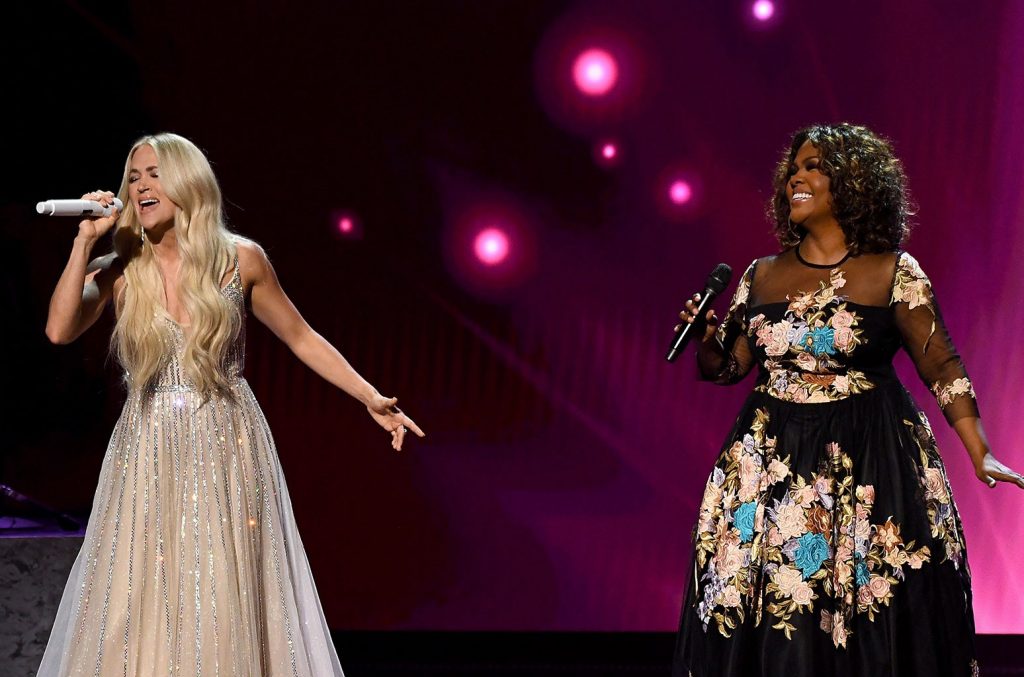 In support of her gospel album “My Savior,” the ‘American Idol’ winner took on the stage at the ACMs and performed a medley of gospel hymns, including a duet with gospel singer CeCe Winans. 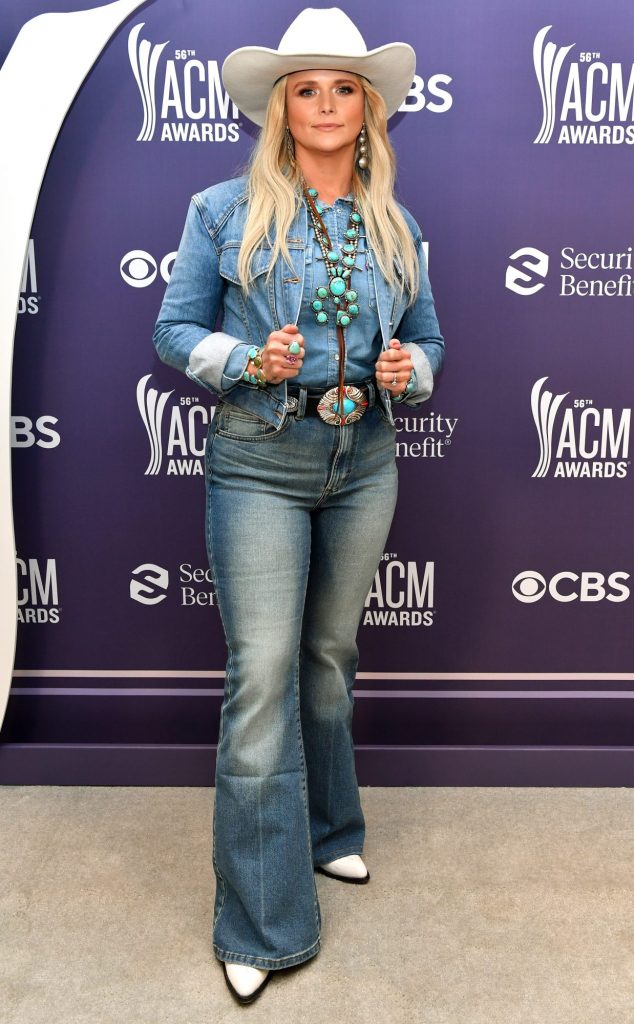 Not only did Miranda Lambert open the show with Elle King, performing “Drunk (And I Don’t Wanna Go Home),” the singer also appeared and performed with a collaboration with Chris Stapleton and a performance with Jack Ingram and Jon Randall during the show.

To celebrate the 20th anniversary of his song “Austin,” the popular coach of ‘The Voice’ graced the stage and performed his hit, and also his recent hit “Minimum Wage.”

What did you think of the 2021 ACM Awards? Drop a comment below and let us know!

Be sure to check out our latest article James Charles Loses Morphe Partnership After Grooming Allegations!