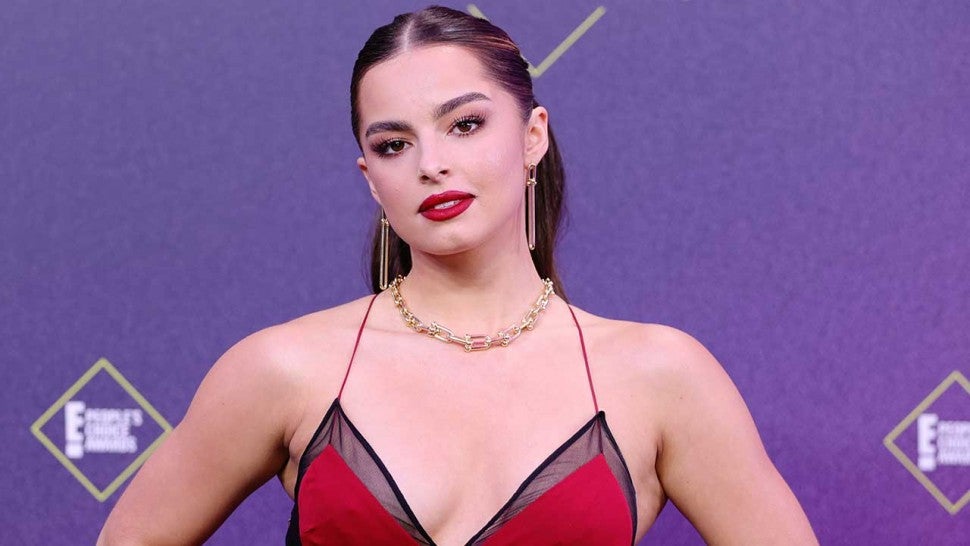 Posted at 18:13h in Celebrities by Paige Burruto 0 Comments

TikTok star Addison Rae was allegedly fired from her UFC correspondent job, after posting a picture on Twitter making fun of her lack of credentials.

Rae covered UFC 264, and posted a photo of herself at the event.

“I studied broadcast journalism in college for 3 whole months to prepare for this moment,” she wrote.

While some thought it was funny, others did not. The tweet received a lot of backlash, and is reportedly what got Rae fired from the job.

Criticisms claimed she potentially took a job from someone who is more qualified, and only got it because she is famous.

One tweet read, “Her brand is taking credit for work done by people with actual talent so she’s just staying on brand.”

While another one said, “and to think that many people work day and night to pay for a university degree and for you to come and take away the job without seeing all the suffering of each journalism student. LMAOO Money fixes everything, I wish I had money and fame.”

While many were against the influencer, others saw it from a different perspective.

Many people believed Rae’s popularity was what was wanted for more viewers, and that if it wasn’t her it would be another celebrity.

In response to a negative tweet, one user wrote, “yeah cuz it’s gonna bring more attention to the event. addison will bring in viewers unlike someone who isn’t famous. hate to break it to you but life isn’t fair and it never will be.”

Despite having people come to her defense, that didn’t stop UFC from firing Rae.

Rae’s journalism days were short lived, as she was quickly fired from UFC.

A whole day after Rae’s Twitter backlash, she responded to the original tweet and said, “nvm y’all got me fired.”

There were mixed responses to this tweet, but several people made a joke of the situation, and others were happy that she no longer had the job. Rae has not spoken on anything regarding this situation since announcing she was let go.

What are your thought’s on UFC firing Addison Rae? Drop a comment below and let us know!

Be sure to check out our latest article on Cedric the Entertainer set to host the 2021 Emmy Awards.