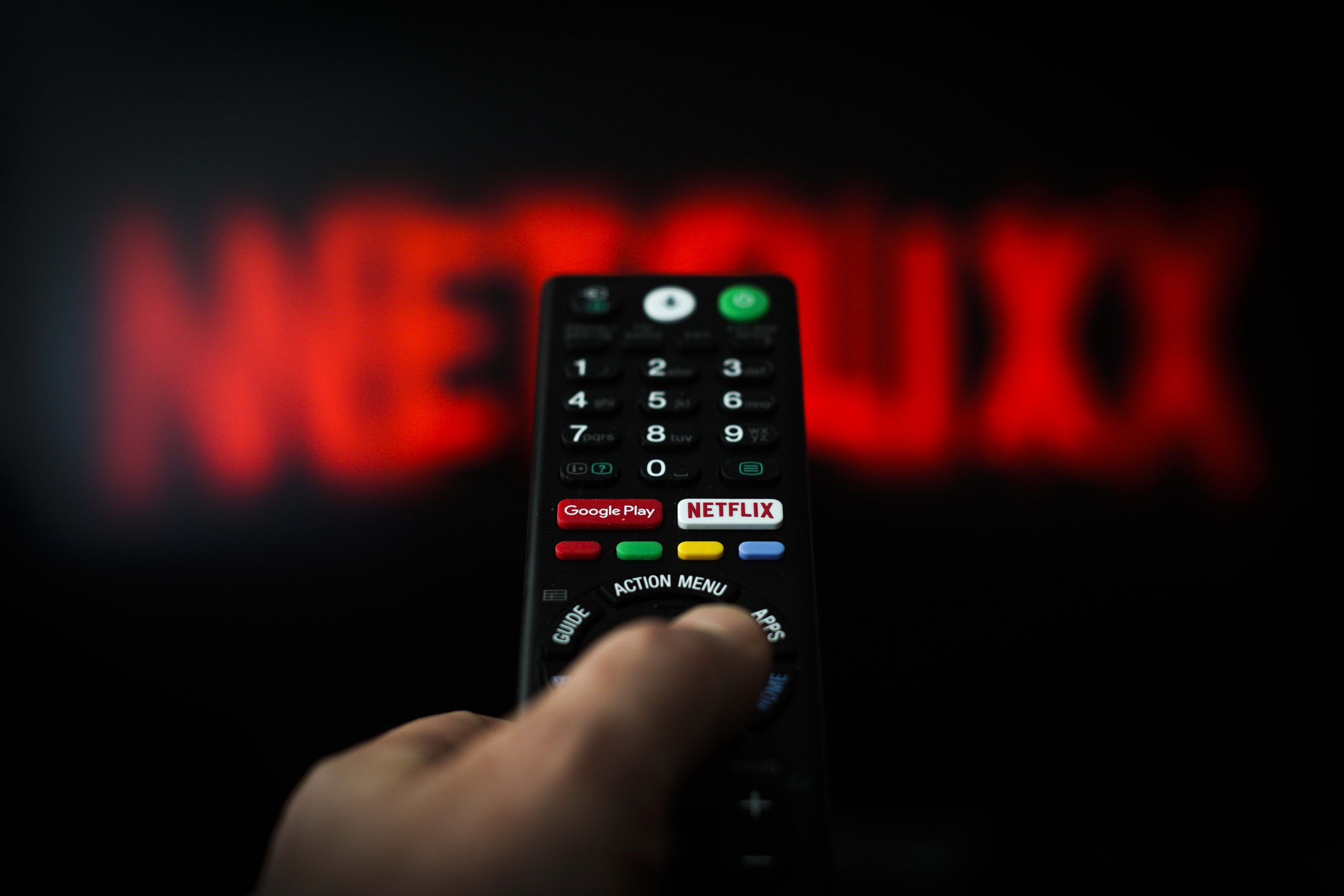 24 Jul Animated Television Shows For All To Enjoy

Posted at 07:00h in TV by Kathryn Starnes 0 Comments

If I’m being completely honest, I watch a lot more animated series and movies than I do live action. Which makes a lot of sense considering I want to work on animated content as a profession. I’ve been in a love-hate relationship with cartoons for most of my life. Animation tries my patience when I do it. But the end results from professionals are just so breathtaking.

Not to mention, with animation, a lot more fantastical stories can be told. And the limitations that live-action has are non-existant since your imagination is the limit. Of course, I do enjoy non-animated works. But, that’s not the point of this article.

I’m going to be rating and giving my thoughts on some of my favorite animated series as of Summer 2020. Most of these series are on Netflix and geared towards children. But, they all have mature undertones and stories that captivate people of all ages. Not to mention, most of them have some pretty quality LGBTQ+ representation. 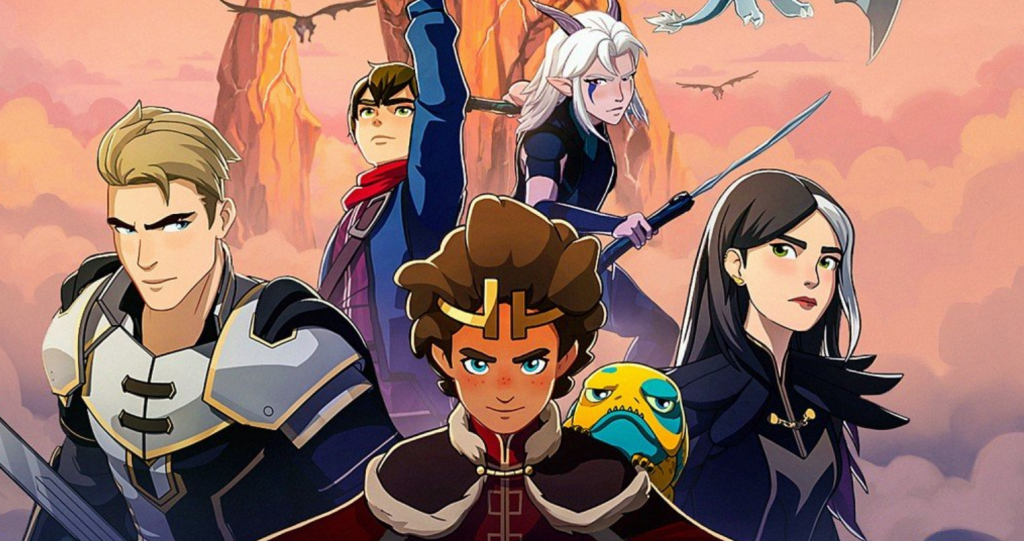 Okay, this is one of two shows on my list that isn’t finished yet. So, of course my rating will probably shift by the next season. Something important to note is that this show was worked on by the creators of Avatar: The Last Airbender. So, we’re already off to a great start.

Of course, I actually watched this show and all three season before ever seeing The Last Airbender. But, that didn’t ruin the experience. What drew me to watch this show was the title. I absolutely love dragons and fantasy settings. What kept me watching was the representation.

Within the human kingdoms alone, we have so much diversity. The King of Katolis is a black man. The Kingdom of Duren was ruled by two queens! One of the generals, the main characters’ aunt, is deaf and communicates through sign language. But, she’s so badass.

One of the main characters, an elf, was also raised by two father figures.

This show has a theme of past mistakes coming back to bite you. And how to atone for and move past those repercussions. It features child rulers, war, assassination, dark magic, and more. If you love fantasy as much as I do, I would highly recommend this show. It’s available on Netflix! 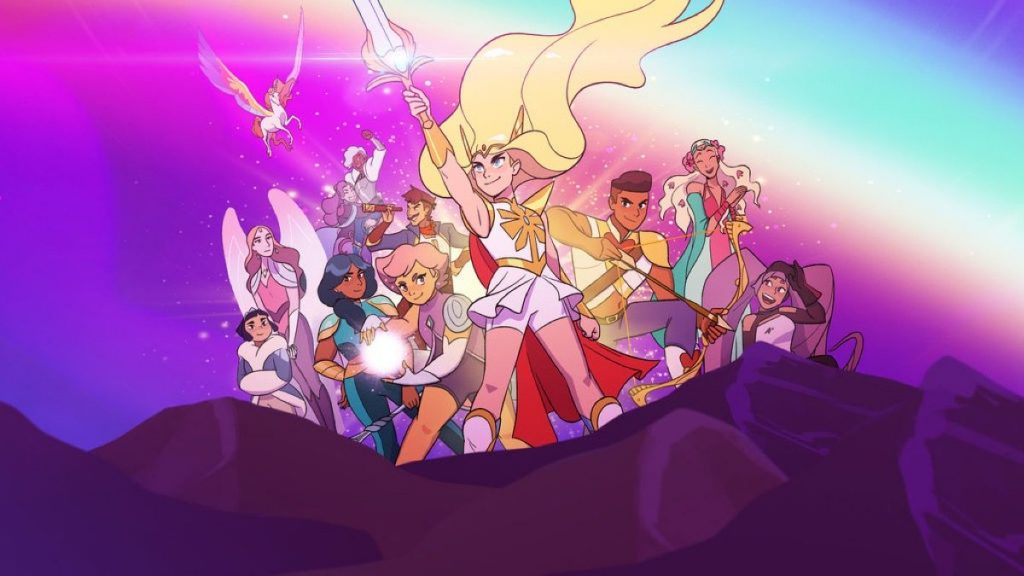 Now, I never watched the original She-Ra series. And I don’t think I ever will. But, what made me watch this iteration was the fact that this is a DreamWorks show. I had been severely disappointed by Voltron: Legendary Defenders and wanted to see if this show was any better.

My favorite character is a non-binary shapeshifter that appears in season 4. Their voice actor is even non-binary! Adding onto the voice actors, it’s not often that the cast is just as diverse as the characters.

The show is very bright and colorful. What do you expect from a show that features magical princesses? Now, I know that princess shows/movies can seem childish. But, when these princesses are banding together to fight an army that uses child soldiers and machines to destroy the planet, it becomes a lot less childish.

Hop over to Netflix to give it a watch! 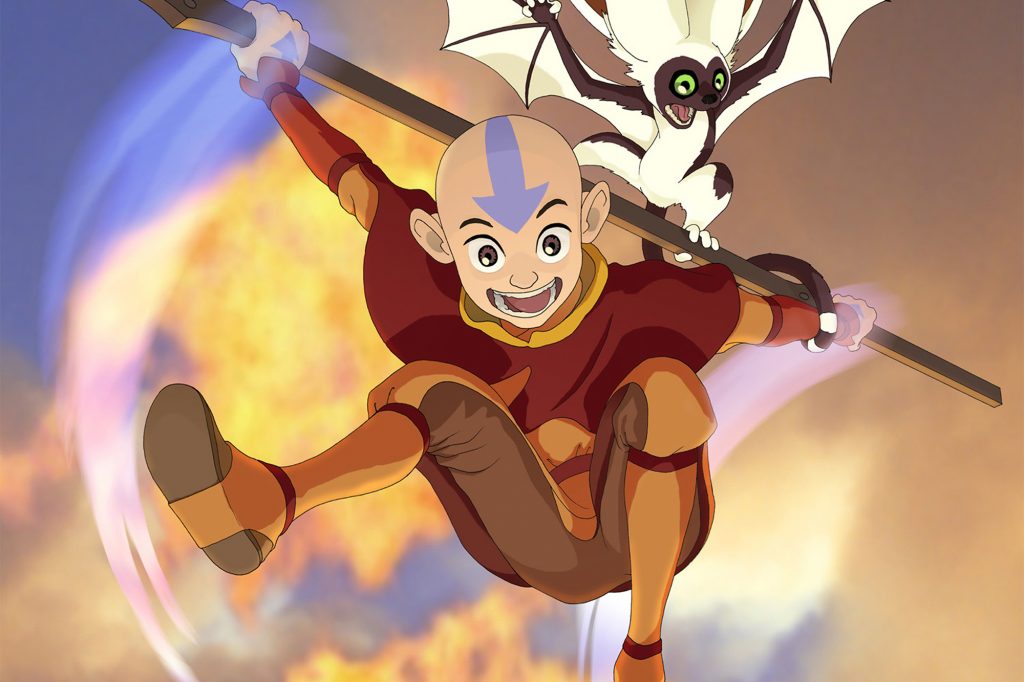 So, this is a show that so many people my age grew up watching. I didn’t watch it until this past winter. It was as amazing as everyone claimed it was.

I will say that there were some slow episodes. Or maybe I’m just picky about pacing. But, the overall story was brilliant. I loved watching the journey of a kid who had this huge destiny thrust on him. I loved that the humor never overshadowed the serious moments.

The only hang-up I have is that Aang ended up with Katara. Like I said, I didn’t watch this as a kid. Most of the fan art I saw about the show featured Zuko and Katara. A lot of shows I’ve watched always do the opposites attract motif. It made sense. But, the relationship between Aang and Katara also made sense after watching the show.

This show has memeable moments and moments that will make you cry ten years later. It has a theme about imperialism and the effect of war on a world. Unlike when I watched it, the show is now available to watch on Netflix. 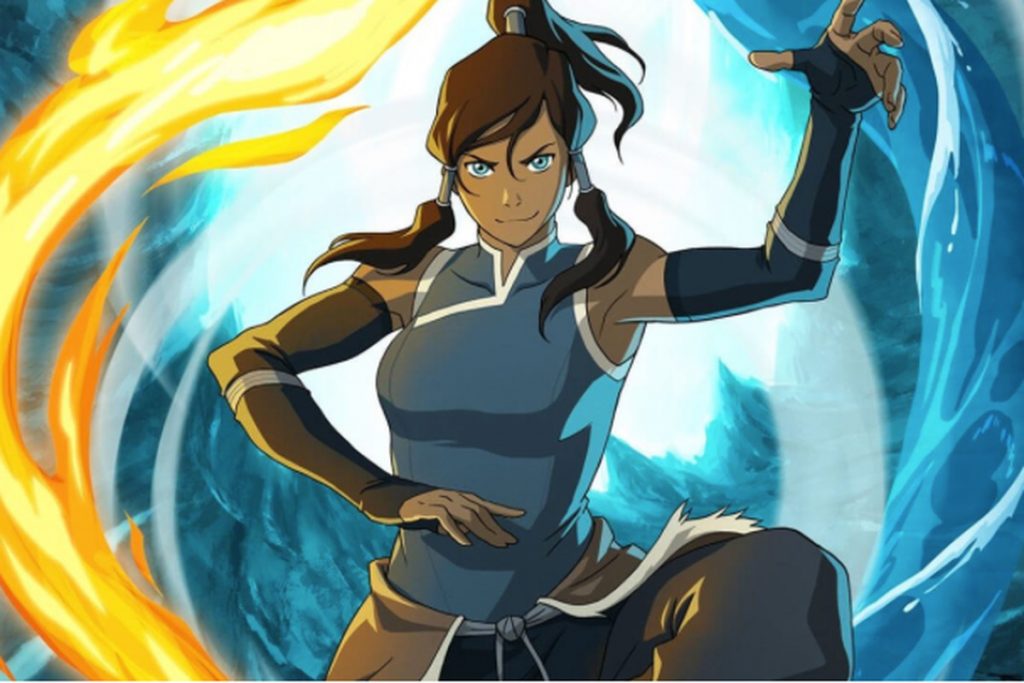 I just finished this show recently. I have to say, it doesn’t deserve the hate it gets. The Legend of Korra is far from a perfect animated show but it’s not bad. Some of the show did feel rushed. Which, I think wasn’t the fault of the creators but Nickelodeon.

Either way, I loved the villains in this series. Each and every one of them felt less evil and more misguided. I prefer villains who genuinely care about correcting an injustice and just are extreme about it. It’s a lot more interesting than a villain who is just evil because evil.

The romance in the show definitely is a big reason why I didn’t enjoy it as much as Avatar. The couple pairings that the show ended with are great. Especially considering the two main female characters end up together. But, the main love triangle throughout the first three seasons just didn’t work for me.

The show isn’t yet available on streaming services. The only way to watch it is with a CBS All Access subscription or purchasing off iTunes or Google Play. If you wait until August, it’ll be up on Netflix! 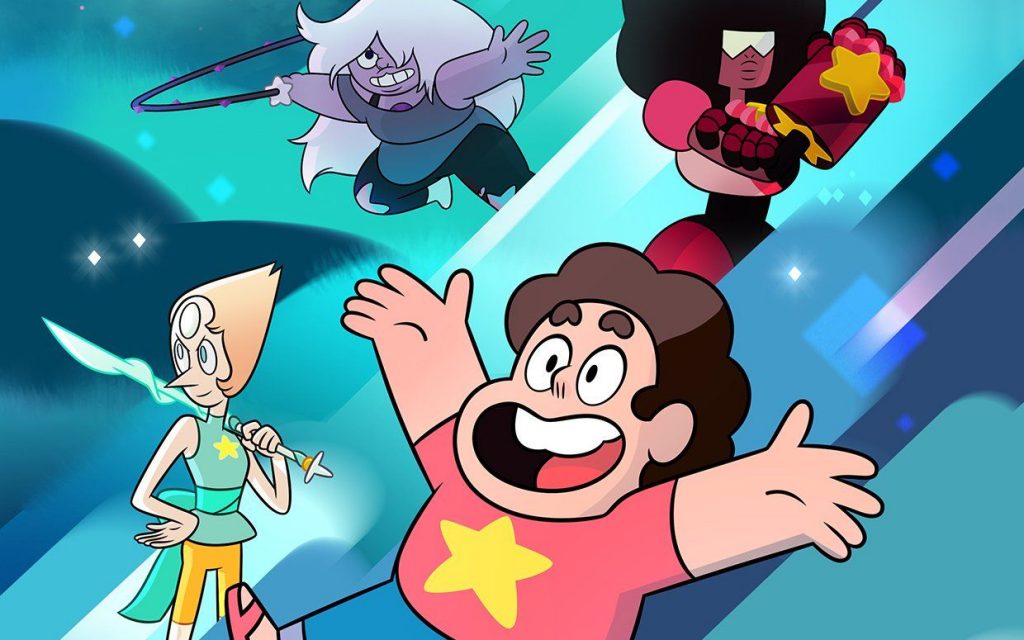 I might be a little biased about this show. Considering the creator, Rebecca Sugar, is an alum of my high school. Which is the reason I even started watching Steven Universe. There are five seasons, a movie, and an epilogue season.

While I did only start the show as a way to support an alumni of my school, I fell in love with the characters and premise. The show has a theme of love: self, familial, platonic, and romantic. Steven Universe also deals with loss, grief, forgiveness, PTSD, and more. It’s a show that has LGBTQ+ representation and way more female representation than male.

How could I not mention all the amazing songs that this show has. Honestly, if there isn’t singing in an episode, it feels wrong. The clever thing about Steven Universe is the metaphors used to represent all the more mature topics. It means that children are exposed to important truths while older audiences get to applaud that they were able to air certain things at all.

I will say that I have a few issues about pacing in the fifth and epilogue seasons. But, overall, I think Steven Universe is worth the watch. The first four seasons are available on Hulu. I believe the entire show, however, is available on the Cartoon Network app and website. 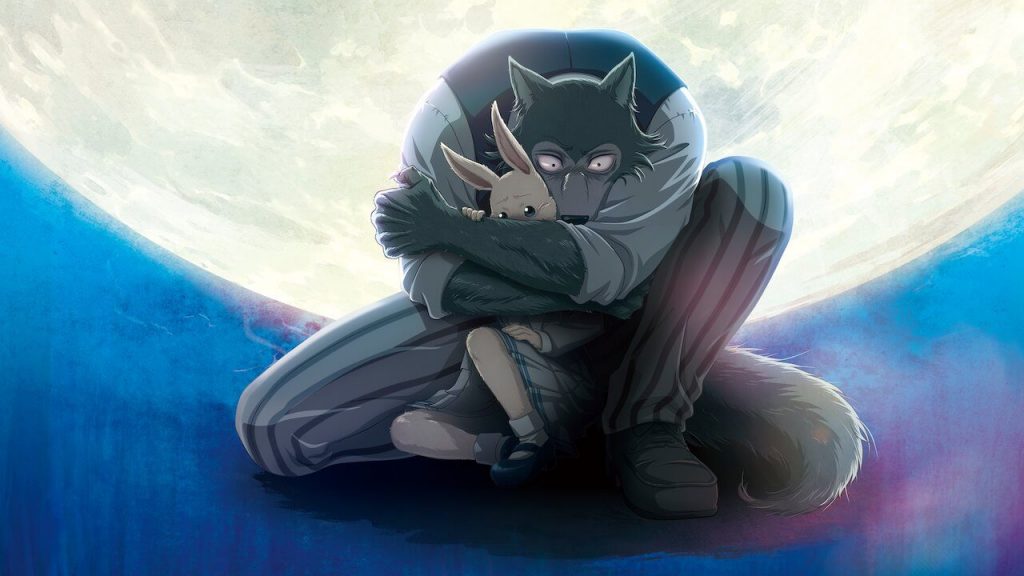 This show is based off a manga. So, technically it is an anime. However, like The Dragon Prince, it isn’t quite done yet. There’s only one season available on Netflix so far.

Beastars is definitely not geared towards children. At least not young ones. The best way to describe the premise of the show is “edgy Zootopia”. You have carnivores and herbivores living together in a “perfect society” with a bunny and canine protagonist.

The difference? The canine is a wolf, not a fox. And he and the bunny are both high school students. Also, the wolf sort of, might of, tried to eat the bunny. But, that’s normal for a carnivore.

There isn’t a subliminal theme of racism in Beastars. But, it does deal with the intricacies and dark reality of what would occur if anthropomorphic animals lived together.

My favorite thing about the show has to be the opening. They use stop motion animation and the music is a jazzy bop.

One of the things I’m taught as a film student is to know who my intended audience is. This means that all creators have a main target demographic. But, especially for animated shows like this, that doesn’t bar people outside the demographic from watching and enjoying.