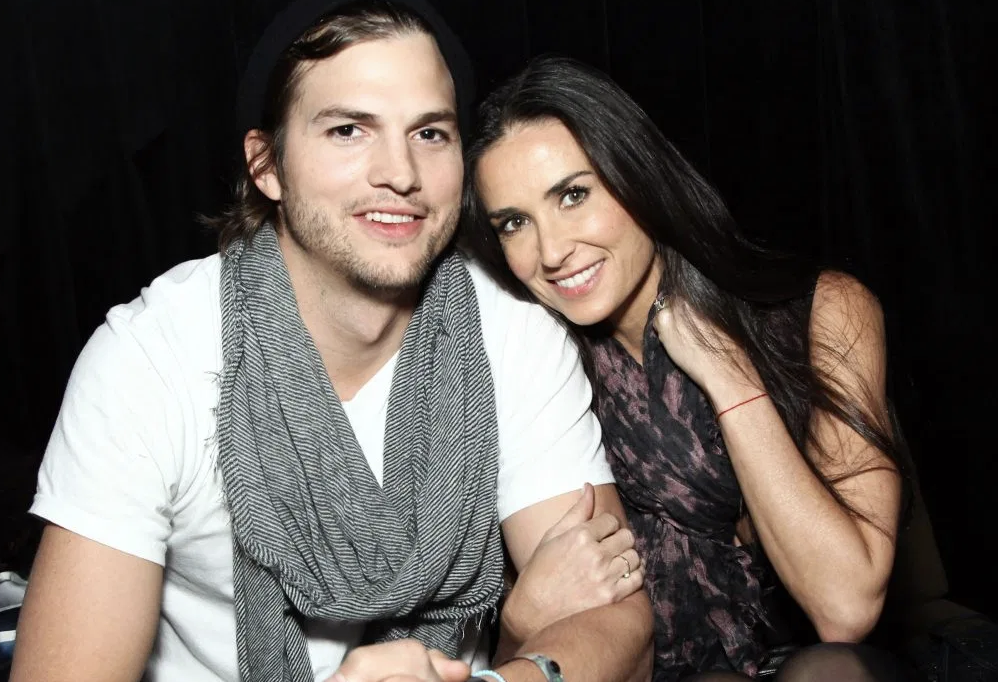 On an episode of Marc Maron’s WTF Podcast, Ashton Kutcher speaks about his relationship with Demi Moore. The two got married in 2005, and after eight years together, divorced in 2013. Kutcher spoke about their relationship as well as her three daughters Rumer, Scout, and Tallulah Willis. He says that he will always be there for the daughters and makes a “conscious effort to stay in touch.”

Kutcher is 15 years younger than Moore. They started dating after a dinner party in 2003 and Moore had pretty young kids at the time. “Tallulah was eight or nine, she was the youngest. Rumer was 12 or 13 when we first started dating,” Kutcher said. Two years after dating, the couple got married. Since the release of Moores memoir, Inside Out, the couple’s past relationship came back into the headlines since the memoir addressed the relationship, including some of the high’s and lows from the marriage. Things like Moore’s miscarriage and Kutcher’s alleged infidelity are topics in the memoir.

Kutcher had some touching things to say about Moore’s daughters during the podcast. “I was helping raise teenage girls through their adolescence,” he said. “I love them. I’m never going to stop loving them and respecting them and honoring them and rooting for them to be successful in whatever they are pursuing.” Kutcher is clear that the relationship is mutual, stating, “If they don’t want an engagement with me, I’m not going to force it upon them. But they all do and it’s great.”

He also is clear that he has respect for the girl’s father, Bruce. Not being the girl’s father can make it difficult to stay in contact, but he does try. “I think you try…but at the same time I am not their father. I was never trying to be their father. I always had respect and honored Bruce [Willis], and I think he’s a brilliant human being and a wonderful man,” Kutcher explained. Kutcher is, however, the father to two of his own children that he had with Mila Kunis. Kunis and Kutcher have been married since 2015 and have two children, Wyatt and Dimitri. According to Kutcher, their marriage is going amazing.

Kutcher’s relationship with Moore herself is good, he said, but they do not hang out. He is mostly just happy to have a working relationship with the daughters, after being such a big part of them growing up. Kutcher said he’s “never going to stop loving them,” so their relationship seems to be pretty unbreakable.