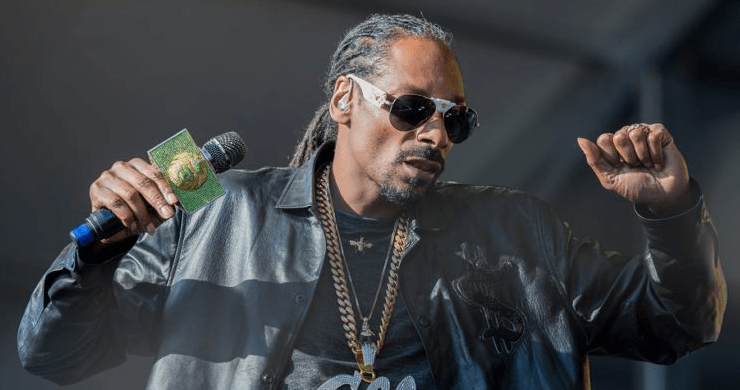 On November 27, Entertainment Scoop attended Snoop Dogg’s press conference for his upcoming “I Wanna Thank Me Tour.” This was an intimate press tour set up in the comfort of his own studio with minimal press. Snoop Dogg nonchalantly walked on stage, blunt in hand with his signature shades and tracksuit on. He lit up his fat blunt before proceeding to answer the press. Unlike most press conferences, every media outlet in attendance was of color—an homage to his promise of giving love to minorities, or “putting some black and brown in the touring business.” This is what separates Snoop from other artists—his constant love of giving back to the community, especially for minorities. He shouted out Mexican-American superstar, Selena, when asked about his favorite Spanish tune by Telemundo.

This album—and subsequent tour—is something different from Snoop Dogg, something he has never done before.  While some may be wondering why he devoted an album to praising himself, it’s the lack of respect from the industry that he’s calling out. Despite his 25 year long prolific career and close friendship with Martha Stewart (somehow had to weasel that into this article), Snoop has received neither a Grammy nor a Billboard Music Award. This is unfathomable for a household name like Snoop, while both former President of the Soviet Union, Mikhail Gorbachev, and former US President, Barack Obama, have Grammys. Even the Chipmunks and Betty White have Grammys!

And rightfully so. Snoop has been snubbed many times during his prolific career, and fed up. He is the change he so eagerly wants to see. To combat racism in the industry, he is opening his studio to people from all walks of life. Skin color does not matter in Snoop’s studio—only raw talent. His goal is to help out the little guy, like independent artists, who run the risk of selling themselves short. Independent artists have it tough in the industry, especially when they are just starting out and are incredibly naive. Snoop ensures that the talent he finds won’t be overlooked and taken advantage of by industry.

Snoop is not without a sense of humor (if you obsessively follow his Instagram, then you would know). When asked who is the biggest feature on his album, he sarcastically replied, “***** me!” The crowd roared with laughter. However, he did shout out fellow rapper RJ, who is a prominent feature on the album, and the late rapper and Snoop’s cousin, Nate Dogg. Taking notice of the sly ways the press were sneaking in two questions in one, he humorously called them out—although you have to give props to their hustle.

Despite his teasing, Snoop is extremely humble. He’s a “kid at heart.” Philanthropic, in his spare time he coaches football to kids. We got a taste of his kind heartedness first hand. After the press conference was over, press was served a delicious Thanksgiving style meal, including chicken, green beans, and mashed potatoes. It was not only a sweet gesture, but a mouth-watering meal. Snoop even came back out to make himself a plate. A rapper to be straight chillin with press is an unworldly site; however, that’s what makes Snoop Dogg the icon he is.

You can get Snoop Dogg’s new album here and see tour dates here.