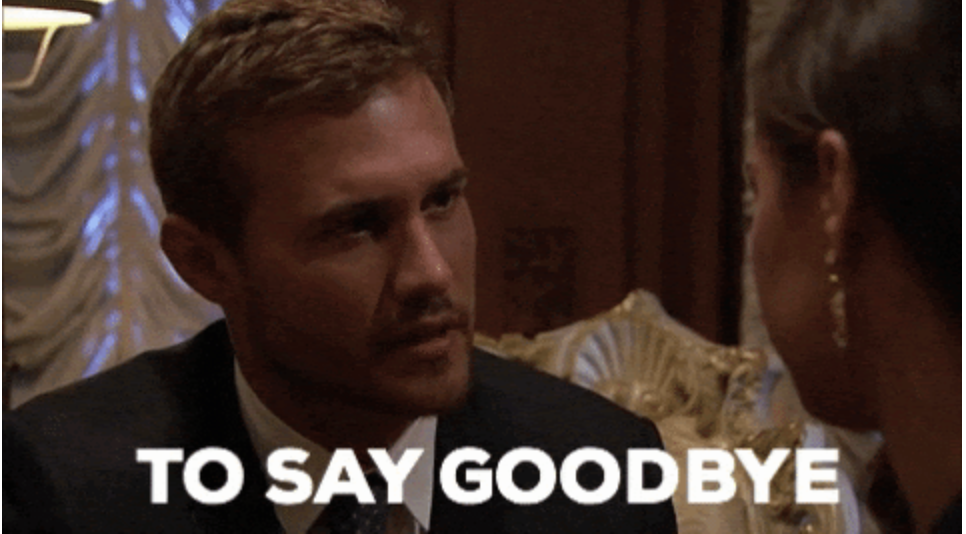 We’re back at the cocktail party! The girls are still losing their minds over Alayah being given the group date rose— despite being eliminated the previous week.

Peter sends Alayah home again because it’s too much drama with the other girls.

Peter says the past few days the house was toxic and he’s glad that’s over. Newsflash — the house is toxic because of this GROUP of women.

Deandra tells him that she’s wifey material, which if you have to advertise that, it might not be true.

Tammy says she knows she has a connection with Peter. She threatens to set the whole building on fire, if she doesn’t receive a rose. I don’t doubt her for one second.

Peter gives roses to Madison, Sydney, Natasha, Lexi, Hannah Ann, Shiann, Mykenna, Victoria P., Kelley, and Tammy. He sends home Deandra, Kiarra and Savannah. To be honest, I think producers told him he had to keep Tammy for the sake of preventing property damage.

I told you, Deandra, advertising how much of a catch you are never goes well!

Peter announces that the women are leaving Cleveland for Costa Rica.

Peter tells the women that he had to get 22 stitches because he walked into a golf cart with a glass in his hand, which he smashed into his head. LADIES, ARE YOU SURE THIS IS THE MAN YOU WANT TO MARRY?

Peter takes Sydney on the 1-on-1 date. They go on a helicopter date over the Costa Rican jungle, and Peter gives her a rose on the date.

Back at the house, Kelsey is crying to Tammy because she’s sad Peter is seeing other girls. Did someone not brief her before she joined the show?

Kelsey says, “I like Sydney, she’s cool, but she’s a dramatic f–king b—h”.

The girls are upset that Kelsey cried over a champagne bottle for over 4 days and now this.

For the group date, the girls will be participating in a photoshoot for Cosmopolitan. The winner will receive a spot on the cover with Peter on the March issue.

Victoria F. makes out with Peter during the photoshoot, okay, clearly this is her best trick for date challenges.

Victoria F. wins the challenge. Unfortunately she doesn’t actually get the cover. Cosmopolitan released a statement on Monday, explaining that the cover was pulled after it was revealed that Victoria F. previously modeled in an ad campaign that advertised the slogan “White Lives Matter” which did not align with Cosmo’s values.

At the cocktail party Victoria F. brings up the fact that Peter hasn’t wished her a happy birthday yet. Girl, it’s only been 2 days and he literally has 12 other girlfriends.

The girls are talking about how Kelsey was apparently on the verge of a mental breakdown earlier. It’s revealed that Kelsey said that everyone else is fake, which pissed off Tammy. Tammy claims she’s not fake, even though she is literally currently talking s–t about Kelsey being mentally unstable behind her back, so if the shoe fits.

Peter confronts Kelsey and says “I heard you had a mental breakdown.” Are you sure you don’t want to phrase that a little more delicate, Peter?

Kelsey confronts the girls, but none of them cop out to it.

Kelley and Peter go on their 1-on-1 date. Peter says that he feels like he’s putting in more energy than she is. He’s worried that he’s kept her for so long because their first meeting was “fate.”

Peter says that Kelley has become complacent, but still gives her a rose AND THEN tells her he needs her to trust in the process. I would’ve gotten that confirmation before you gave out a rose, Peter.

Kelsey goes to Peter’s house to talk to him because Tammy has spread rumors that she’s an alcoholic and is popping pills. Peter gives her a rose.

Chris Harrison tells the women that Peter has decided to forgo the cocktail party (this man has cancelled so many cocktail parties this season) because he gained all the clarity that he needs earlier from Kelsey’s visit.

The girls are talking about what Kelsey said to Peter. Tammy denies that she said Kelsey was popping pills, and Lexi swiftly calls her out on her bullsh–t.

In retaliation, Tammy brings up the fact that Sydney threw Alayah under the bus only a few weeks ago. Can’t we just agree that everyone in the house is a narc?

We get to the rose ceremony and Peter gives roses to Victoria F., Madison, Natasha, Victoria P., Mykenna and Tammy, sending home Lexi and Shiann.

This week, we’re getting two episodes, so we’ll be back soon with another recap.