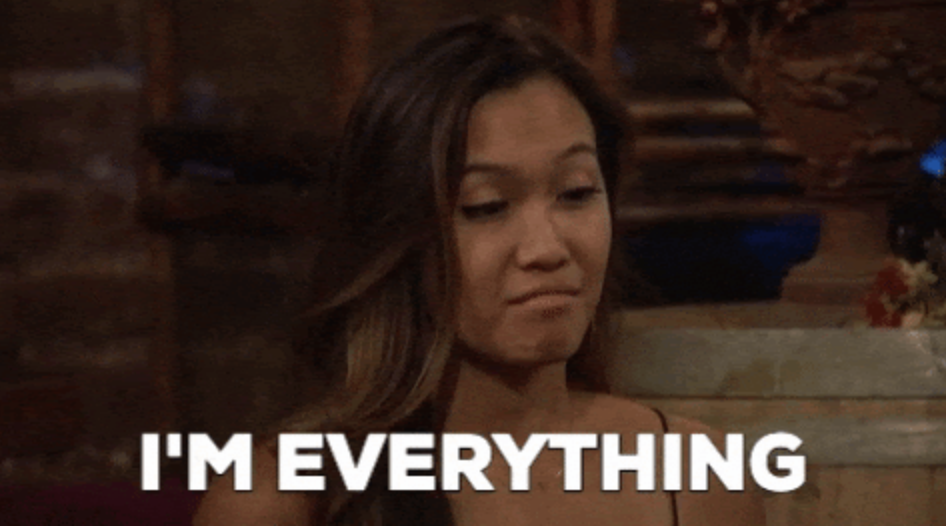 We’re back in Santiago, Chile. Peter finally got his stitches out, but we still have to look at that ugly bandage on his forehead.

Mykenna is complaining that she hasn’t gotten any time with Peter. Victoria F. points out that if Peter like Mykenna, then he would make time for her.

Peter takes Hannah Ann on the 1-on-1 date. They meet a Chilean couple. The wife immediately points out how young Hannah Ann looks, which same.

Peter says that sometimes he still wonders about her age… which like you could easily fix and ask her or a producer, or I don’t know open your eyes and realize she’s literally twelve!

Hannah Ann tells him that she’s never been in love, which is not CRAZY considering she’s 23. At the end of the date, Peter gives Hannah Ann a rose.

There’s two date cards, which according to the girls must be unheard of because they are SHOCKED.

On the second date card is Victoria F. and the note says,

“Victoria F., I feel like we didn’t get a fair shot” -Peter

What do you possibly mean, this girl has legitimately had THREE whole dates, while Natasha and Mykenna have had none. She’s got the best shot!

For the group date, the girls will be acting in a telenovela.

Tammy is waving a knife at the other girls in her scene, threatening to cut any girl who steals Peter’s heart, which is very on brand for her.

At the cocktail party, Peter tells Victoria P. that she is more confident in their relationship than he is. He doesn’t know if he can see her as his wife and sends her home.

She then asks Peter if she can get a cab and go home—for some reason I find so funny.

Peter tells her that she’s gonna make someone so happy one day and She tells him “I know.” YES GIRL!

Peter tells Madison that he wrote another script for them to act, you mean “I had a producer write a script for us.”

Tammy and Mykenna start fighting because Tammy thinks Mykenna is immature, which is not not wrong.

Peter gives the rose to Madison.

Victoria F. and Peter are now on their 1-on-1 date, learning how to be Chilean huasos.

Victoria F. starts crying on their date because Peter’s ready for marriage and she doesn’t know if she can do that.

After all this Peter still gives Victoria F. a rose—because he is an idiot.

Kelley comes in with a 2-on-1 date card that reads “Mykenna and Tammy, meet me at the cocktail party before everyone else arrives, enough is enough”.

This is why 2-on-1 dates are my favorite —the drama!

Peter pulls Tammy aside and she tells him that Mykenna’s been creating hashtags for herself for the show, had packed her bags before the last rose ceremony, and was ready to go home.

Mykenna tells Tammy that she’s nothing and Tammy tells her that she’s everything.

Peter says that he can’t have them both continue and sends Tammy home. He tells Mykenna that he trusts her.

We’re at the rose ceremony and Peter gives roses to Kelsey, Natasha, and Kelley.

He sends home Sydney and Mykenna, which I don’t understand why Peter didn’t just send

Mykenna home with Tammy. They could have shared a car to the airport!

Peter announces that the girls will be going to Lima, Peru so we’ll see what kind of drama they get into there!