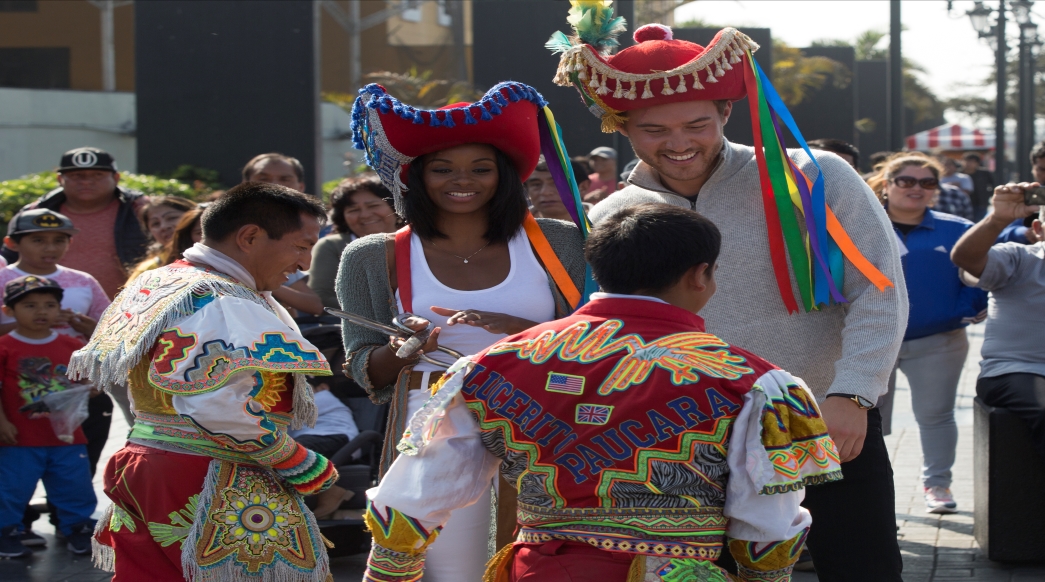 The Bachelor 24×07 RECAP: Alpacas In Peru

We’re back in Lima Peru for the last episode before Hometown dates!

Kelley says she doesn’t know what there is to do in Peru, but there are alpacas and as long as she sees alpacas shes good—way to broaden your horizons!

Victoria opens up a date card for Madison. So far all of the girls have gotten date cards except for Natasha, and I don’t understand how she’s made it this far without one.

Back at the hotel, the girls are talking about Madison, and THEY FINALLY GET A DATE CARD FOR NATASHA. To be honest, I don’t how Peter could have played off not giving her a 1-on-1 date for any longer.

Madison tells Peter that she wants someone with a strong faith like her father and to be the head of the household. Peter tells her that his faith could be stronger at times.

Peter’s bandage is finally off! THANK GOD, I WAS GETTING TIRED OF LOOKING AT IT!

Natasha tells Peter that she hasn’t brought a guy home in four years. The last guy she dated dumped her because she was too intense, which is a fair assessment.

Madison brings in a date card for Kelsey.

Peter tells Natasha that he can’t give her a rose and sends her home.

Kelsey tells Peter that her parents are divorced, and her family doesn’t know that she still talks to her dad. Well, they sure as heck do now, Kelsey!

Peter gives Kelsey a rose and back at the house the girls get a group date card for Hannah Ann, Kelley, and Victoria F.

Hannah Ann and Victoria freak out about the 3-on-1 date, while Kelley is straight lounging.

Victoria F. gets aggressive and tells Peter that every time they take he’s in a mood. No, every time you two talk you cry. Peter then has to console you, Victoria.

Kelley keeps telling the cameras that Peter has an easy choice because well, look at her! She’s a lawyer. Unless Peter wants a free lawyer on retainer, I don’t know how much of a benefit picking Kelley is going to have.

Peter gives Victoria F. a rose which in my opinion is undeserved.

He gives the last rose of the week to Hannah Ann, sending Kelley home. For some backward reason, Hannah Ann is crying even though Kelley is eliminated. I don’t know man, hormones are wild when you’re literally twelve.