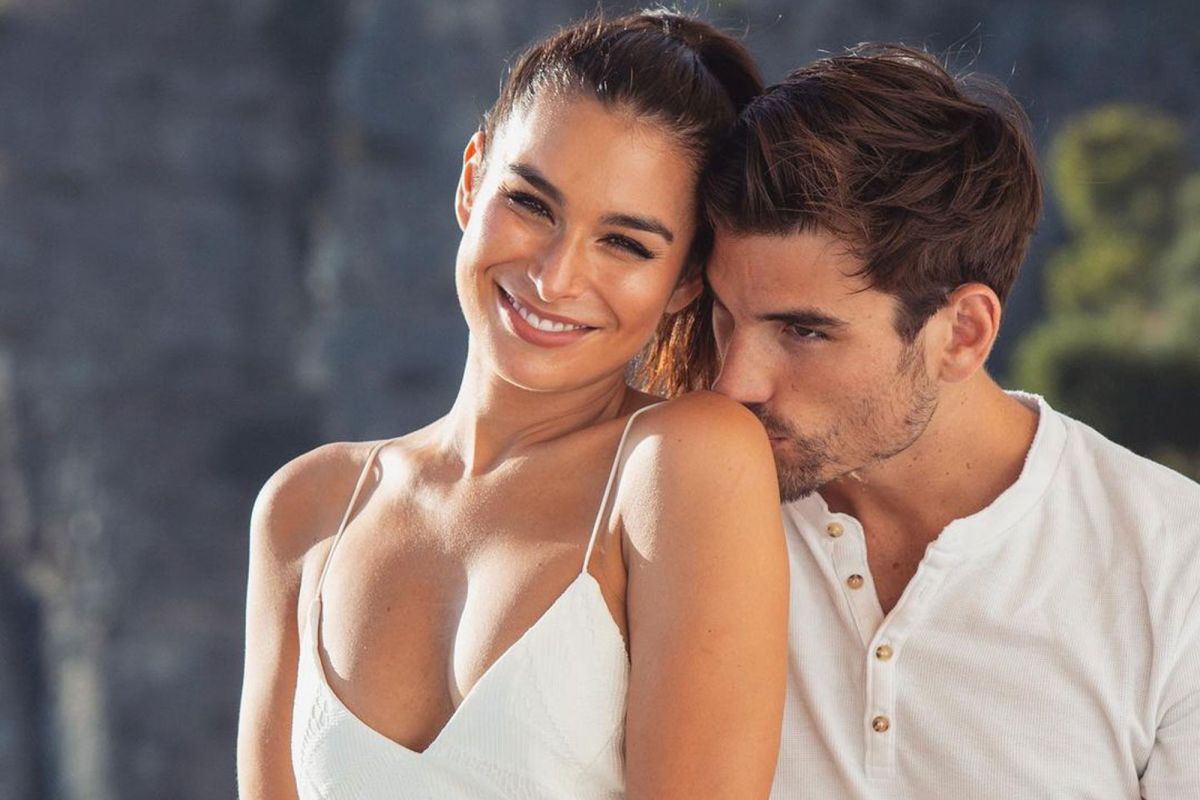 Posted at 19:54h in Celebrities, Uncategorized by Paige Burruto 0 Comments

Bachelor Nation couple Ashley Iaconettie and Jared Haibon are expecting their first child. We are so excited for them! Iaconettie, 33, and Haibon, 32 tied the knot in 2019, but the couple first met in 2015.

In an interview Iaconetti reveals how her pregnancy is going, talks baby names, and her expectations.

The Bachelor had been trying to get pregnant for 7 months, but this time wasn’t planned. Iaconettie was experiencing some symptoms of pregnancy on memorial day, so she thought she should take a test without telling Haibon. When it came back positive, she told Haibon, “Jared, funny story. I took a pregnancy test. There was a second line that came up. It was quite faint.”

After a few more positive tests,  Iaconettie went to get an ultrasound which revealed she was indeed pregnant!

The couple has also revealed that they have a boy name, which Iaconettie had picked 15 years ago.”I had a girl name picked out too, but Jared doesn’t like it,” Iaconettie said.

The couple doesn’t know the sex of the baby yet, but hope to find out soon.  Iaconettie’s first instinct was that the baby was a boy, but now is unsure. She’d would love to have a girl, but the couple is overall just hoping for a healthy baby.

When asked if being a dad scares Jared, his reply was very sweet. “It doesn’t scare me. I have the most incredible father. I’d like to think I’ve learned a lot from him. It’s nerve-wracking, the idea of raising a child and not screwing him up”, Haibon says.

The “Bachelor” star also said, “I’ve always wanted to be a father so it’s weird to think now it’s happening. It doesn’t feel any differently.” Iaconettie also commented that it will come very natural to Haibon, and how he is very selfless. Haibon said that he used to volunteer at a children’s hospital, but is unsure how he will be with installing carseats and other dad-like duties. We think that they will both be great parents, and are so excited to watch their family grow!

When asked if they will tell their children about the show, Haibon says. “They’re never watching “Bachelor In Paradise.” On the other hand, Iaconettie says, “I don’t care. One day it’ll be really funny for them to watch.”

Do you think the couple will have more kids one day? We hope so! Drop a comment down below and tell us what you think!

Be sure to check out our latest article YouTuber Colleen Ballinger Posts Gender Reveal of Her Twins!