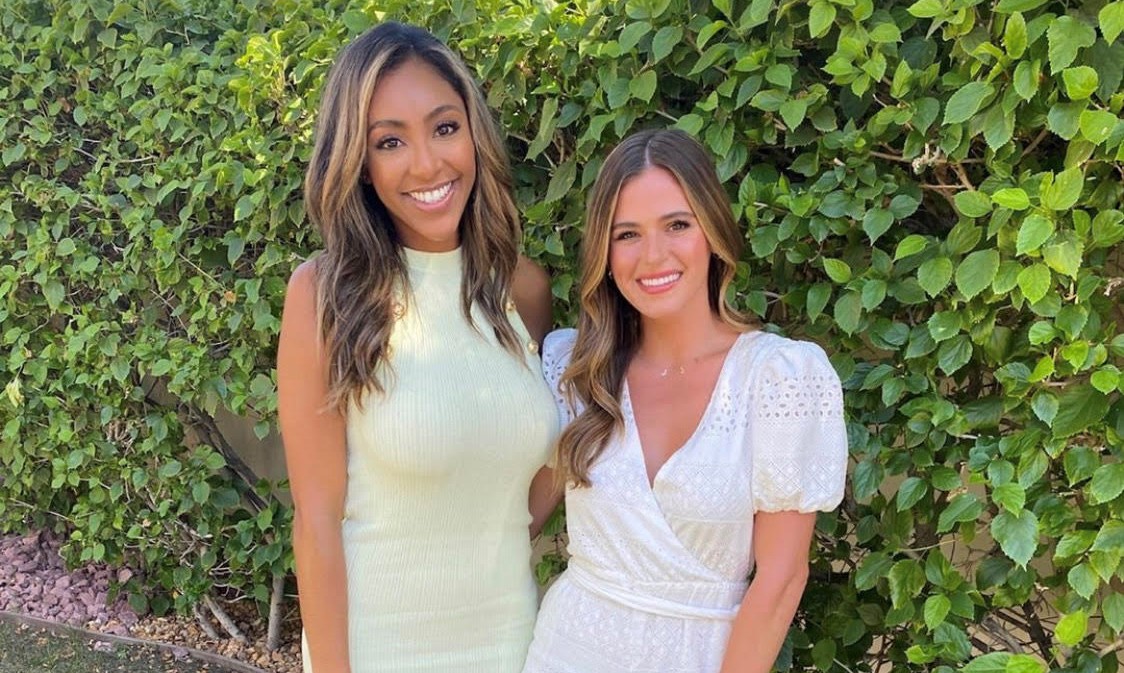 JoJo Fletcher, a previous bachelorette, joined this week’s episode to give Tayshia advice. JoJo has been in the same exact position. Tayshia explains her concerns because she’s falling for so many men, and she really didn’t really expect that. One of her biggest issues is the fact that she will inevitably be hurting people’s feelings during this process.

This is not the first time that a past bachelorette has come on the show to give the current one advice, but this instance is different because it turns out that JoJo will be filling in for Chris Harrison. Harrison tells the men and says that normally he would be dropping off the date card right now, but this time he has a personal event coming up. He is leaving the bubble to take his son to college, and honestly we love that for him. He deserves some time off to take his son to college, but of course this means that he will have to quarantine and be tested again for COVID-19 in order to keep everyone safe. He announces that JoJo Fletcher will be taking his place as host for now. 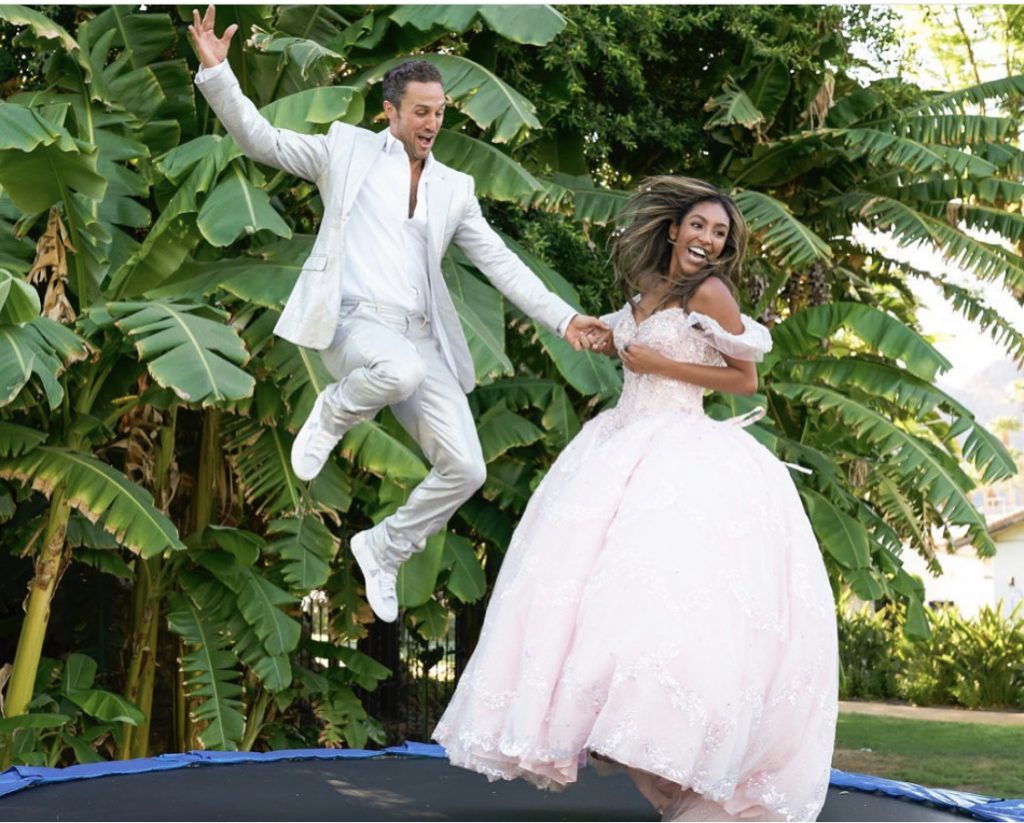 Zac gets one-on-one with Tayshia. This is hurtful to Ben, because he says he’s ready to open up to Tayshia. I get that because when you really like someone you don’t just want a superficial relationship or to see them date multiple men at once.

The one-on-one date with Zac and Tayshia goes very well. They take “wedding photos” with each other. This concept is always a little weird. It seems like it would not be as special when they take their real wedding photos. Since Tayshia has been married before, it does bring up some feelings. Zac picks up on Tayshia’s feelings and they discuss her previous marriage. Zac said he was also married for a year. What?! Zac seemed like the most major bachelor in the world. I thought he was a ladies man and did not picture him ever being married

During the dinner portion of the date, Zac opens up about his past. At the age of 23 he found out that he had a brain tumor and had to be operated on immediately. This introduced him to the world of drugs. He got married, but he says that he was young, always drinking and on drugs, and always partying. Then he got a DUI, so his wife left him. Very understandable. Zac eventually tried to steal his dad‘s check, but the bank teller called his father. He went to a rehab, which he is now on the board of. He obviously gets a rose. 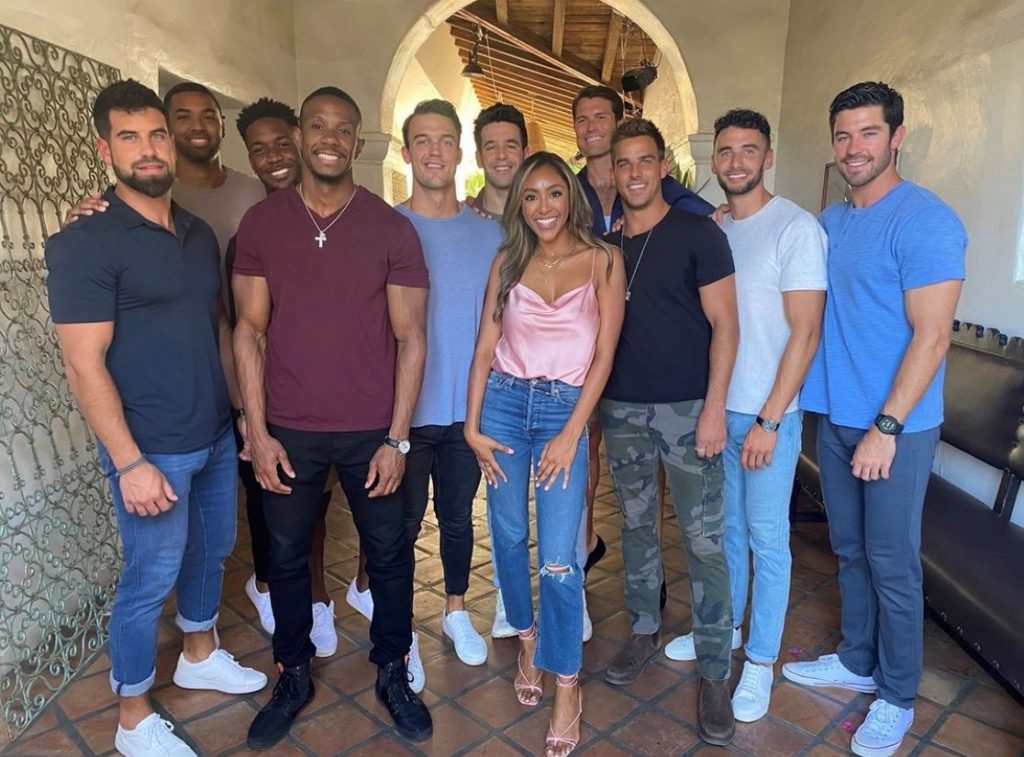 On the group date, the men walk in to see a naked couple embracing. Most of them are visibly upset. Blake says “this is the third time I’m gonna be naked on the show. I’m really not down anymore.” They then learned that the date was a day of art, and it was such a cute date!

First, the men drew depictions of the nude models. It was pretty funny. Tayshia wanted the guys to show who they really are. All of the men are vulnerable when they present their art and give speeches.  I finally felt for Blake a bit. He said he wants to find a true connection because he didn’t grow up with a good life. Riley gives a touching speech about his mother. Overall, the guys are doing a very good job at sharing themselves.

Ben’s face looks worried because he has feelings, but he doesn’t know how to express them. Ben saw how raw all of the other guys were being, and realized that he needed to step up his game. He came out in a robe then took it off and was naked AF. He said that he doesn’t normally share his emotions, but he’s ready to give all of himself to Tayshia his physical body and everything inside of it. Tayshia had to leave the room to cry after hearing everyone.  No one ended up winning because Tayshia simply had an amazing time getting to know all of them. Honestly it wouldn’t have been fair because everybody’s story was so vulnerable. They all hang out that night.

At one point during the date, Bennett gets very flaunty about his wealth. He talks about his homes in California, New York, and Paris. I mean, I’d marry Bennett.

Riley and Tayshia have a good conversation that goes more into depth about his relationship with his mother. She talks to Ben, and he divulges that he had an eating disorder for 10 years. He said that he was a fat kid, so at around 15, he decided to lose 70 pounds and started working out. It was very touching of him to tell her. That’s why he’s really into working out, and as you can see from his Instagram, Ben is very into body building. There is still visible tension between Noah and Bennett. 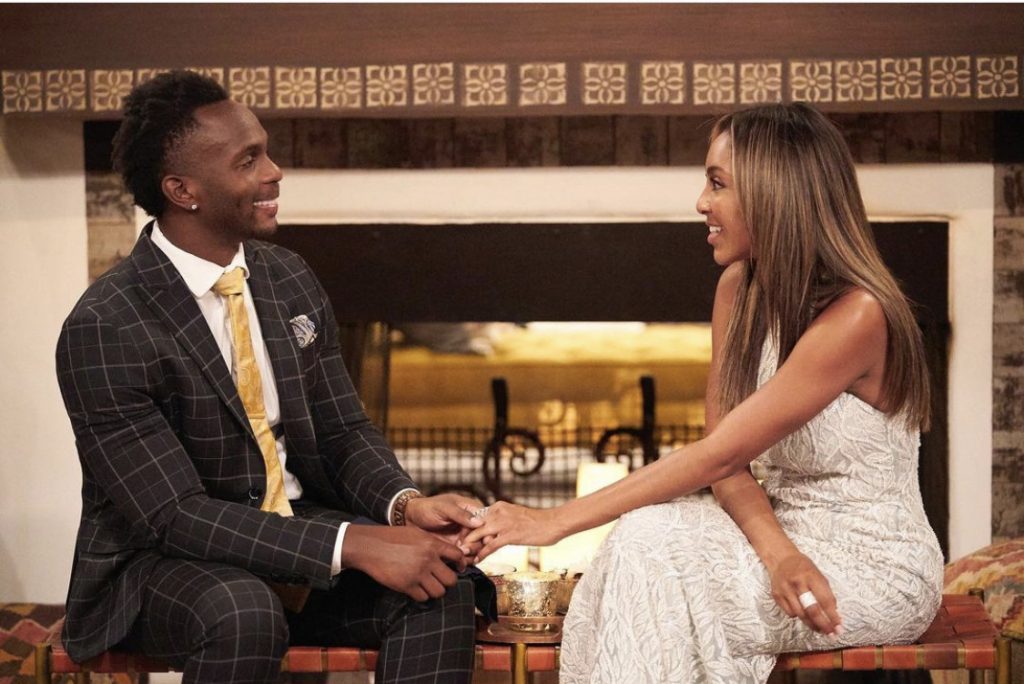 Bye Eazy, You Will Be Missed

Then it was Tayshia‘s one on one date with Eazy. Apparently the place they’re staying at is haunted. The couple go ghost hunting. If anyone was going to be on a date that had ghosts involved it was definitely meant to be Eazy. Listening to him scream was hilarious. It was a cute date. During dinner, Eazy tell Tayshia that he’s falling in love with her. Tayshia said “I don’t think I can get there.” It’s so sad to see Eazy go, but Tayshia is on The Bachelorette looking for love.

Finally, Tayshia needs to address the drama between Noah and Bennett. Noah did try to start drama, but Bennett cannot let it go.  I love to hear his insults because he is so well-spoken, but it’s gotten to the point where maybe just because you’re good at clapping back at someone, doesn’t necessarily mean you should. I still stan Bennett though. In his mind, he is upset with Noah for upsetting Tayshia, but their fight is just annoying at this point. JoJo tells the men that there will be a two-one with Bennett and Noah. Tayshia cannot keep both men since there is just too much drama.

The episode ended on a cliffhanger, and I cannot wait to see if Tayshia keeps Bennett, Noah, or neither on the next episode of “The Bachelorette”! Who do you guys think will go home? Let us know in the comments below!

Speaking of love, be sure to check out our latest article on Taylor Swift’s rumored engagement to Joe Alwyn!