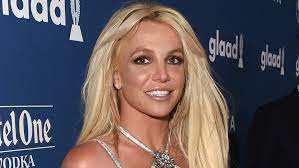 16 Jul Britney Spears Allowed to Hire Her Own Lawyer

Posted at 16:04h in Celebrities, Music by Jenna Huegel 0 Comments

A Los Angeles Superior Court judge granted the request for Britney Spears to hire her own legal representation in the fight against her 13-year conservatorship.

This decision was only a battle won in a long, drawn-out war that the pop star has been fighting against the conservatorship that has been controlling both her personal life and finances.

Just three weeks ago, Britney addressed the courts and publicly denounced the conservatorship.

“I truly believe this conservatorship is abusive,” she said. “And now we can sit here all day and say, ‘Oh, conservatorships are here to help people.’ But ma’am, there’s a thousand conservatorships that are abusive as well. I don’t feel like I can live a full life.” The star continued, “I don’t.”

In a 24-minute-long phone call, the “Lucky” singer, for the first time,  gave the public a look at what her life has been like behind the scenes, and it was shocking!

Fans had speculated that Britney may have been in trouble, but Spears had priorly denied those claims. On June 23rd, the singer claimed that she had been in denial.

In her statement, Britney discussed the conservatorship. “I thought I might become happy because I’ve been in denial,” she said. “I’ve been in shock. I am traumatized. You know, fake it til’ you make it. But now I’m telling you the truth, OK. I’m not happy. I can’t sleep. I’m so angry it’s insane and I’m depressed.”

That was three weeks ago, and a lot has happened since! Here’s what we know:

Right after Britney’s statement was broadcasted, people everywhere were voicing their support for the pop princess. Some notable mentions are Halsey, Khloe Kardashian, Mariah Carey, Justin Timberlake, and Christina Aguilera.

On June 29th, Britney’s father Jamie Spears, petitioned a Los Angeles court to make investigations into what his daughter said about him. The next day, the judge denied the request from Britney’s former lawyer Samuel D. Ingham III, to have her father removed as co-conservator over her estate.

On July 5, Britney’s long time Manager, Larry Rudolph, resigned in a letter addressed to Jamie Spears and Jodi Montgomery, the temporary court-appointed co-conservator. “As her manager, I believe it is in Britney’s best interest for me to resign from her team as my professional services are no longer needed,” it read.

The next day, Britney’s former lawyer, Samuel D. Ingham III, sent in a request to resign as Britney’s lawyer. The filing states that his resignation will be official “upon the appointment of new court-appointed counsel.”

For the first time in over 13 years, Britney has a say in who will legally represent her in court. This decision is a huge victory, perhaps marking the turning point in a large-scale effort to remove the conservatorship and #FreeBritney!

Rosengart is a prominent Hollywood lawyer and former federal prosecutor who has made “The Hollywood Reporter” annual “power lawyer” list for years. He is a heavy-hitter and is expected to be more aggressive in pursuit of dissolving the conservatorship.

Following the ruling, Britney took her excitement to Instagram, posting a video of herself riding a horse and cartwheeling, it was captioned:

!!!!! New with real representation today … I feel GRATITUDE and BLESSED !!!! Thank you to my fans who are supporting me … You have no idea what it means to me be supported by such awesome fans !!!! God bless you all !!!!! Pssss this is me celebrating by horseback riding and doing cartwheels today

In court on Wednesday, Britney announced that she wanted to press charges against her father. “You’re allowing my dad to ruin my life,” she said. “I have to get rid of my dad and charge him with conservatorship abuse.”

Rosengart also took aim at Jamie Spears saying, “If he loves his daughter, it’s time to step aside so Ms. Spears can move forward to a healthy, productive life.”

What do you think of Britney finally being able to hire her own counsel? Drop a comment below and let us know your thoughts!

Be sure to check out our latest article on Olivia Rodrigo Goes to the White House to Encourage Vaccinations!