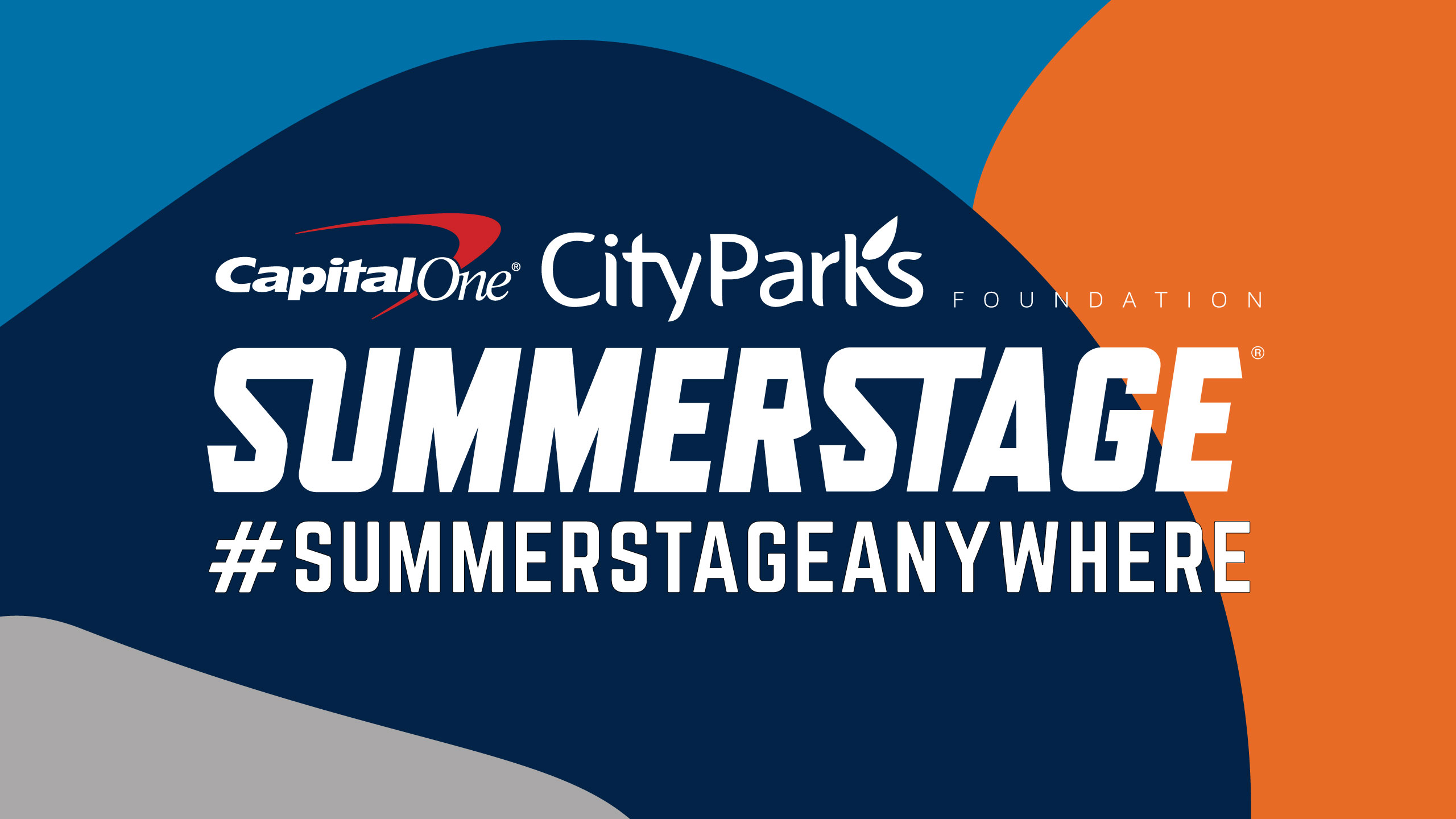 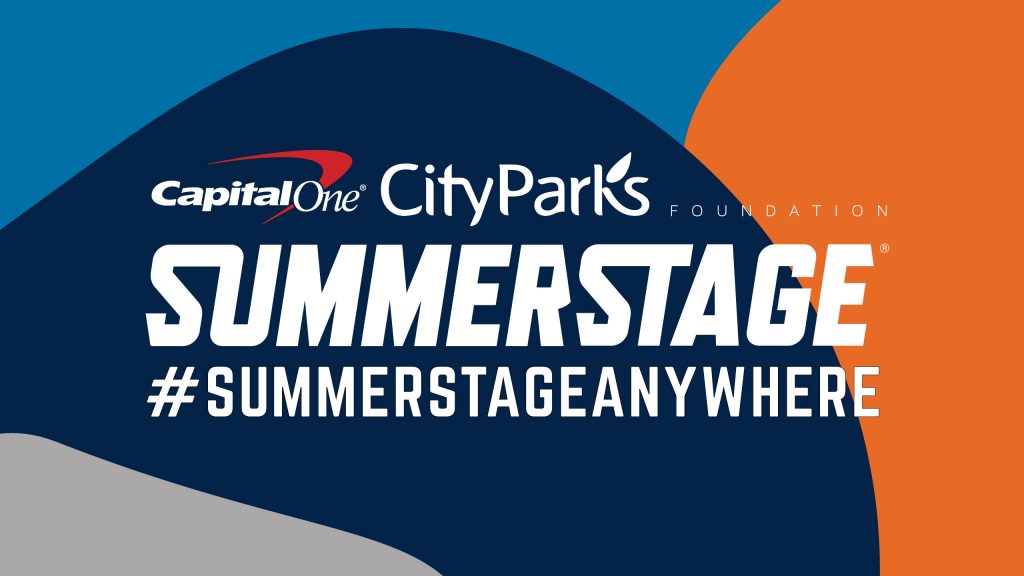 But, that won’t stop the festival from happening.

Capital One City Parks Foundation SummerStage has kicked off July with a free digital series called SummerStage Anywhere. That means, you don’t have to be in New York to enjoy the performances! This online festival offers daily one-of-a-kind digital arts content every week that started this past Monday. 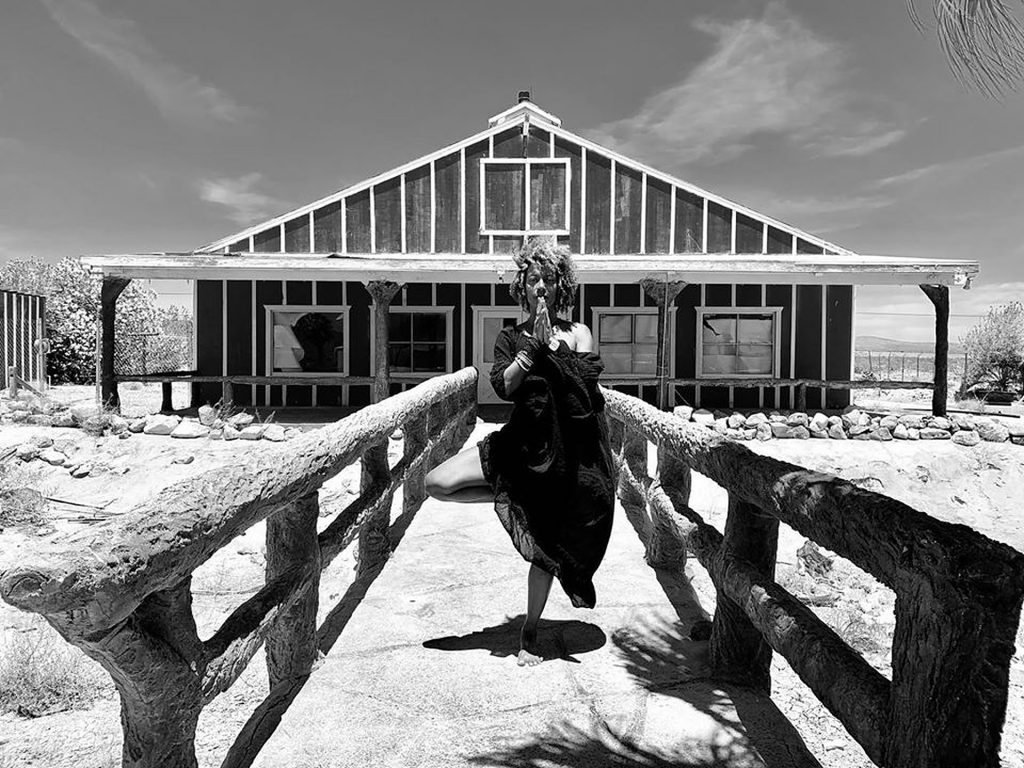 SummerStage Anywhere Sessions – exclusive digital performances with artists either live streamed or pre-recorded and then premiered on our digital channels.

Culture Talks – in-depth and intimate conversations with artists focused on their connection to New York and how the city has influenced their work.

Soundcheck: Curator Conversations – one-on-one interviews with industry curators and leaders on the behind-the-scenes work of the arts industry. Speakers include SummerStage curators, artists and arts professionals.

Weekly Beat: DJ sessions – sets by DJs and artists playing music that inspires and motivates them and crate digging for their favorite finds.

Below is a schedule for this week, including events that already occurred.

Monday, July 6th: Monday Meditations will take over the SummerStage Instagram channel live every Monday starting at 12:00PM EST for a 30 minute workshop focused on keeping your mind and body happy.

Tuesday, July 7th: Femi Kuti is a performer and activist who travels the world performing the music of his father, celebrated Nigerian musician Fela Kuti. This exclusive digital performance was filmed at The New Afrika Shrine in Lagos, Nigeria, a venue opened for the community of Lagos where ordinary people could come together and be themselves regardless of class.  Kicking off the evening is DJ Rich Medina of The Originals with a live DJ set starting at 7:00PM EST, followed by Femi’s performance at 7:30PM EST available on both YouTube and Facebook. 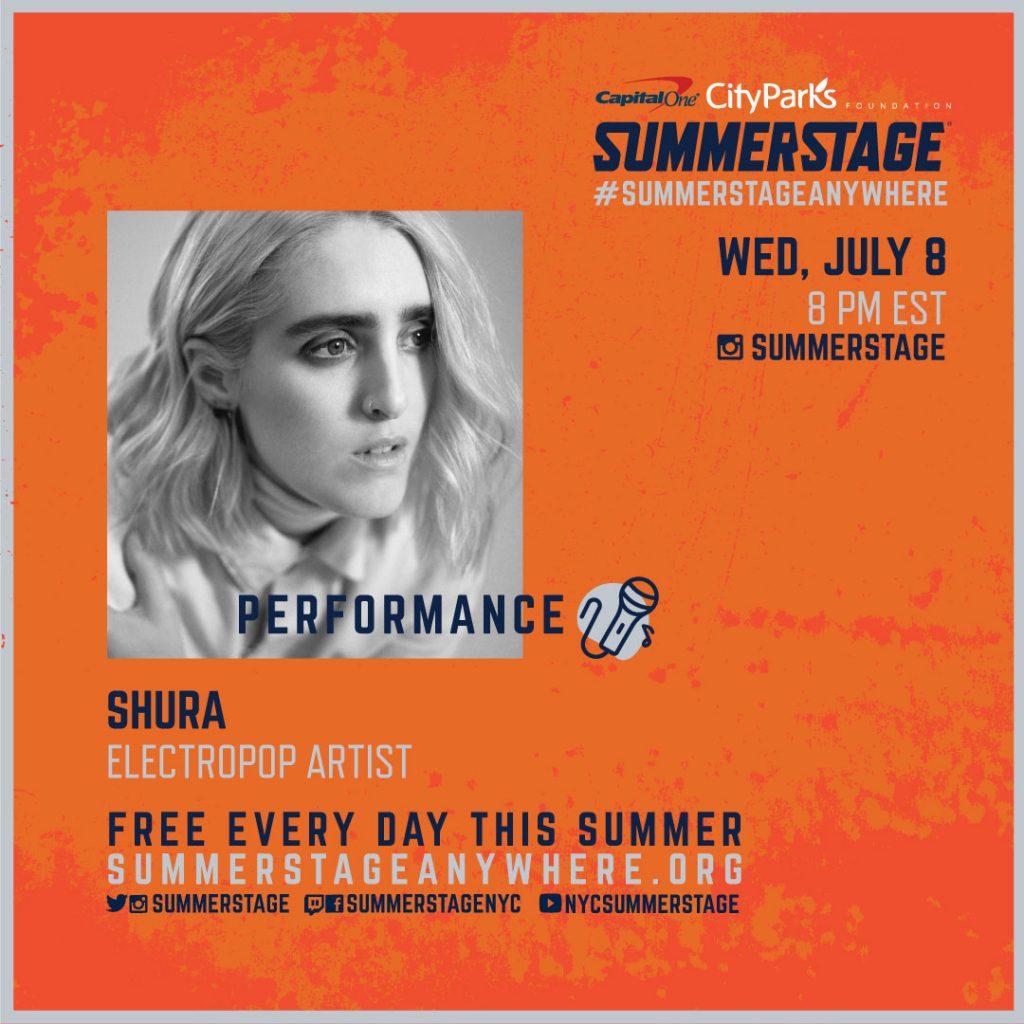 Wednesday, July 8th: Live SummerStage Anywhere Session performance from electro-pop singer and songwriter Shura at 8:00PM EST on Instagram. A self-taught YouTube artist, she has collaborated with the likes of songwriter Joel Pott (of indie band Athlete) and Talib Kweli. Shura’s music is often described as “infectious but melancholy electropop” that blurs gender and sexuality.

Friday, July 10th: Two powerhouse hip-hop tastemakers will headline Hip Hop Friday. Join the first Hip-Hop Culture Talk with Fab 5 Freddy and A$AP Ferg at 8:00PM EST available on both YouTube and Facebook.  Following the talk, join Fab 5 Freddy for a live Q&A as he takes questions from the audience starting at 8:30PM EST on Facebook.

If you want to check out specifically what events will occur next week, check out the SummerStage Anywhere calendar on their website.