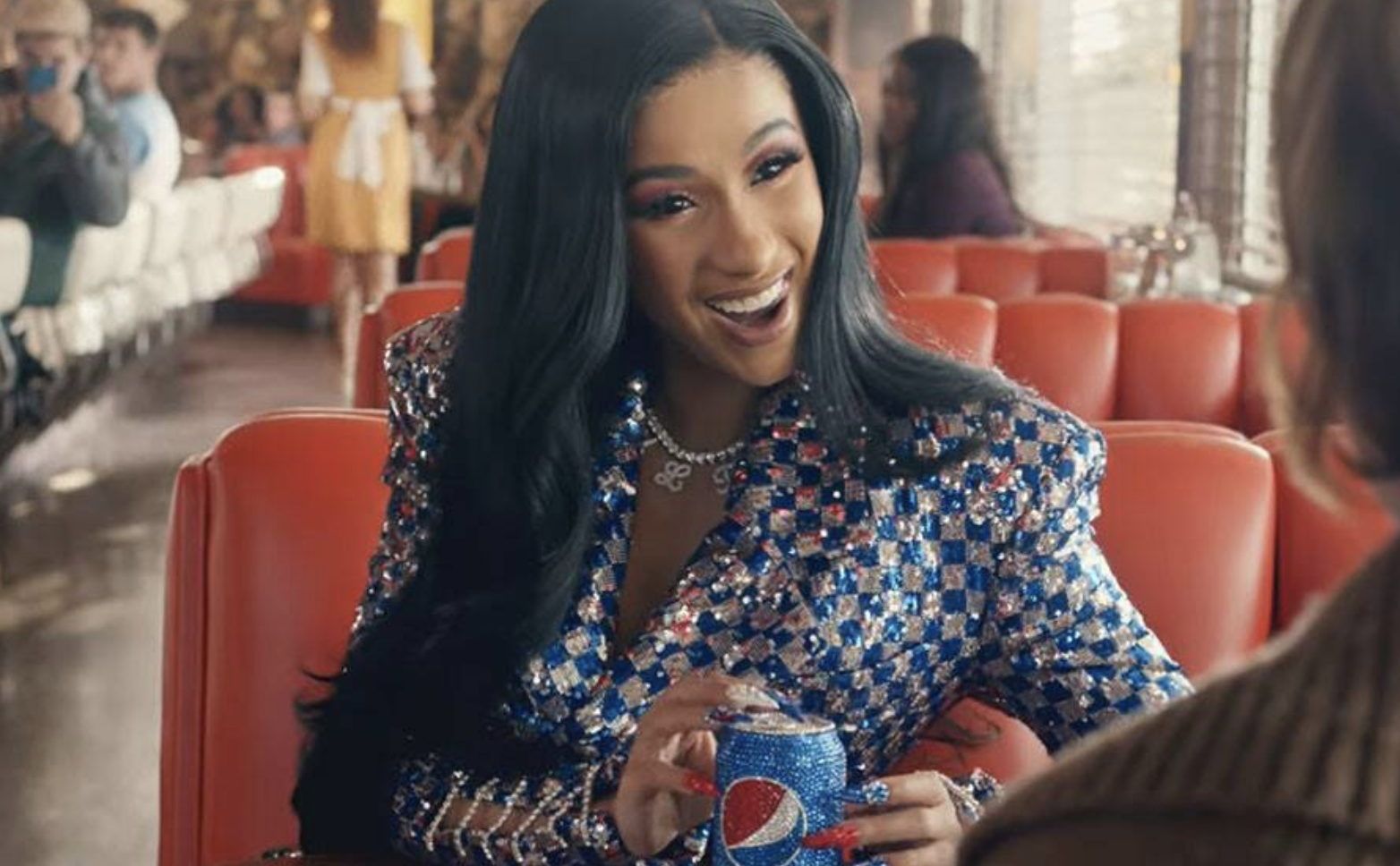 Posted at 13:07h in Celebrities by Gigi Manukyan 0 Comments

Following an epic Super Bowl LIV Pepsi Halftime Show, Cardi B took to Instagram where she shared her thoughts on the performance. This year’s show included performances from Shakira and Jennifer Lopez. Cardi B was very excited about the performance, with Shakira singing Cardi’s song “I Like It.” Shakira took the stage first performing songs like “Whenever, Wherever,” “Hips Don’t Lie,” and “Empire.” But Cardi was most excited about Shakira singing “I Like It.”

“I already knew that Shakira was going to perform ‘I Like It.’ For me to even know that she was going to perform “I Like It,” I just be like, ‘Yo, that s**t is crazy,'” she said. “Do they even understand I grew up listening to these people? Sometimes I just cannot believe this s**t. This is crazy.” Obviously, Cardi was excited that her song was part of the performance, but even more honored by who it was being sung by.

Cardi was at the Super Bowl herself and actually posted on her Instagram story throughout the game and the performances. She posted a clip of Demi Lovato singing the National Anthem. She also posted videos of her dancing and singing along to the halftime show. Then after the performance, she posted the Instagram Live of her excitement over the show. She makes it clear that she looked up to Shakira and JLo growing up.

Seeing the performance live was a crazy experience for Cardi, especially hearing her own song. She said on Instagram, “I really grew up listening to these people and just seeing them in person, performing. That s**t is beyond, like, a blessing,” Adding “It’s just, like, wow. Life is f**king crazy. I would never think this would be my destiny in life. And I’m so thankful and I’m so grateful.”

Cardi shared some love with JLo during her Instagram Live, too. She said, “JLo, she was just, like, boom. She was just flourishing and everything.” JLo was joined on stage by her daughter Emme for a song and Emme showcased a beautiful voice she definitely got from her Mom. After JLo’s time on stage, Shakira came back and the two singers joined for an epic ending. They sang “Let’s Get Loud” and “Waka Waka” together to finish the halftime show.