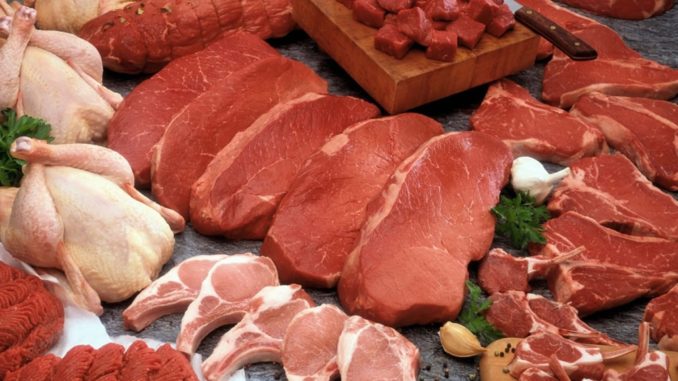 Carnivore Diet Not Just for Cavemen

If you thought the Paleo and Keto diets were a hard task, then maybe this exclusive animal product and bi-product diet is not for you. If you are looking to shake up your diet and shed some excess pounds before swimsuit season, then maybe this Dinosaur-like diet is an option for you. The Carnivore Diet, named for obvious reasons, has taken carb restriction to a whole new level. You are not allowed to eat healthy carbs such as fruits, vegetables, legumes, grains, nuts, and seeds. Instead of eating what most people would see as healthy, you are only allowed to eat meat and other animal products alone. This may seem counterproductive to a healthy diet, but studies show that high protein and fat diets, paired with low carb and exercise, have shown weight loss and improvements in plasma lipid profiles. Research on low carb diets in general support the facts that people lose weight when they intake less carbs, so going the extreme route should in theory amplify those results. The NCBI backs up this research stating: “By far, the most research in low-carb approaches has shown that low-carb diet, and specifically ketogenic approaches, induces rapid induction of weight loss.  Initial weight loss is due partly from water loss, but fat loss occurs with adherence to the low carb approach.” Cut the carbs, and fill your plate with whatever the Flintstones were eating.

Confused on what to eat? Just think the opposite of “vegan.” According to Healthline.com: “Foods to eat include beef, chicken, pork, lamb, turkey, organ meats, salmon, sardines, white fish, and small amounts of heavy cream and hard cheese. Butter, lard, and bone marrow are also allowed. The Carnivore Diet encourages drinking water and bone broth but discourages drinking tea, coffee, and other drinks made from plants. It provides no specific guidelines regarding calorie intake, serving sizes, or how many meals or snacks to eat per day. Most proponents of the diet suggest eating as often as you desire. Proponents of the diet emphasize eating fatty cuts of meat to reach your daily energy needs.

Popular podcaster and comedian, Joe Rogan, gave the Carnivore Diet a try for the month of January to start the new year off differently. Via his Instagram, Rogan stated having great success with weight loss and higher energy levels: “Carnivore diet update: lost 12 pounds, feel amazing. Lots of aches and pains went away, and I have improvements in my vitiligo. I’m impressed.I haven’t decided if I’m going to keep eating like this but this month was very beneficial…”

Sounds tasty at least, but cutting vital elements to a wholesome diet may not be healthy or sustainable in the long run. In fact, a few worries about such a diet, include raising your bad cholesterol from the higher consumption of saturated fats, as well as digestion issues stemming from the lack of fiber in your diet. No real long term studies have surfaced to show any positive or negative effects of the Carnivore Diet on your overall health. Instead, we are left to make the decision off wild anecdotal evidence of those for the diet and logical theories of experts against the diet.

Brett Lloyd, for instance, claims that the Carnivore Diet helped him drop nearly a hundred pounds and also cured his depression. Lloyd stated that before the Carnivore Diet, “I was a very angry, depressed person with an extreme dissatisfaction with everyone & everything in my life. As the illness progressed over the years, I became more & more unable to hear & see my immediate environment accurately. I misinterpreted words and/or emotions, ascribing a tone or emotion to a state not actually present.”

Despite over the top claims that the diet, in addition to weight loss, can cure a variety of ailments, from sinus and skin issues, to arthritis and depression, these results are mostly placebo or short term effects of losing weight. So if you are trying to lose a few inches and pounds before hitting the beach this summer, the Carnivore diet may be the answer, but not the long term diet solution one might choose for an overall healthy life.