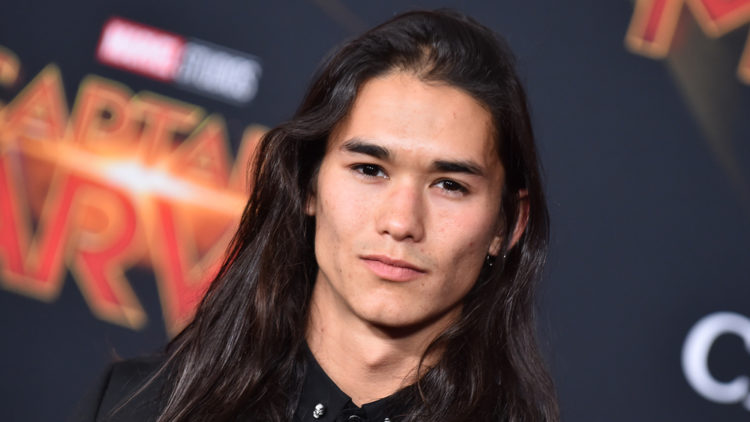 On November 7th, Entertainment Scoop attended the 2019 Heller Awards hosted by the Talent Managers Association to celebrate excellence within the talent representation side of the industry. The event also honored the late Cameron Boyce. Many celebrities were in attendance as well. All the attendees were dressed to the nines and there was laughter and networking among the folks. Did I mention that there was a fountain of champagne flutes? *sigh

We can’t forget about the celebrities in attendance as well! A-listers included Booboo Stewart, Colin Ford, and Dakota Fanning.

Booboo Stewart is an American actor who you may know for playing Seth Clearwater on “Twilight,” Warpath in “X-Men,” and Jay in Disney’s “Descendants.” Asking him about his future projects he mentioned that he had a couple of films and tv shows in the works, but couldn’t disclose specifically. He mentioned that he was there for the Cameron Boyce Foundation and went on to talk about how it was like working with Cameron; he was a wonderful person that made an impact on the world. He remarks on his time in the Disney’s movie “The Descendants,” and loved working with everyone in the cast. Discussing on secret talents and hobbies, he mentioned as part of his hobby he would do art, as shown in his instagram. He loves different types of pieces, and shared this love of art with Cameron as well!

Lastly, we had a chance to interview Colin Ford, who recently came out in the show Daybreak on Netflix. Colin mentioned he was presenting an award to his agent for all her work and contribution to the talent representation industry. Being on this red carpet for the first time, he remarks of being excited and learning more about what the Heller Awards means for the industry folks. He briefly mentions the shocking twist on Daybreak. When asked about what’s happening next, he alludes to staying tuned for season 2 to see what happens next! As to predictions for season 2, more chaos hopefully! For upcoming projects, Collin does have new things coming, but is not allowed to disclose yet. As an accomplished actor himself, when asked for advice for individuals wanting to do acting in the industry, is to stay focused since this industry will give a lot of no’s. He encourages anyone interested to keep pushing!