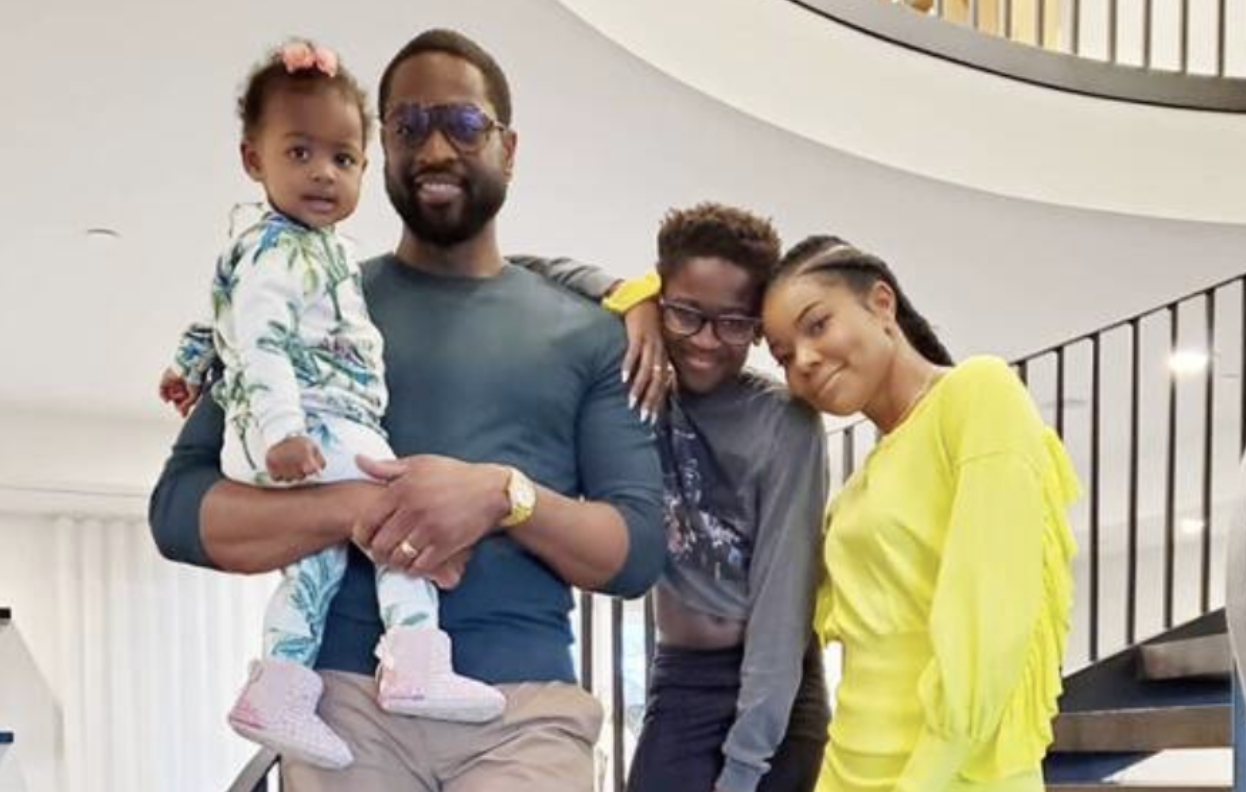 Zaya Wade, daughter to NBA star and future Hall of Famer Dwayne Wade, recently came out as transgender. Though the internet has been largely supportive of young Zaya’s openness of her gender transition, trolls still lurk in the weeds and spread negativity at the expense of a child. Trolls you may recognize like rapper 50 Cent who recently posted a meme on his Instagram that both made light of R. Kelly’s underage sex scandals as well as young Zaya’s gender with the caption, “LOL NOW THIS SOME FUNNY SHIT.”

Most reactions to the post were negative and supportive of the young, transitioning woman Zaya as 50 Cent was blasted for his insensitive post.  Though such an inappropriate was hurtful, it did spark an even louder outcry of support for Zaya when all was said and done. Such support was seen on the second day of her father’s jersey retirement ceremony. A tribute video was played on the jumbotron at American Airlines Arena during the team’s game against the Cleveland Cavaliers. When Zaya and her mother, Gabrielle Union, were shown giving congratulations to the three-time champion, the crowd erupted in support.

Even Cardi B took to Instagram and later reposted to Twitter to speak out on 50 Cent for his unfunny post: “A lot of people have been giving opinions about this little kid wanting to transition and everything. And I feel like a lot of people are forgetting that this is a 12-year-old kid, that before you say your opinions and everything, let’s not forget that this is a kid. Let’s not forget that this kid could be very, very sensitive”.

Earlier this month, Dwayne Wade and wife Gabrielle Union posted a video introducing his transitioning daughter to the world on her Twitter, showing their support for their daughter to the world.  Union’s caption read, “Meet Zaya. She’s compassionate, loving, whip smart and we are so proud of her. It’s Ok to listen to, love & respect your children exactly as they are. Love and light good people.” Zaya went on in the video to say, “Be true, and don’t really care what the stereotypical way of being you is. I know it can get tough, definitely, but I think you push through and you will be the best you.”