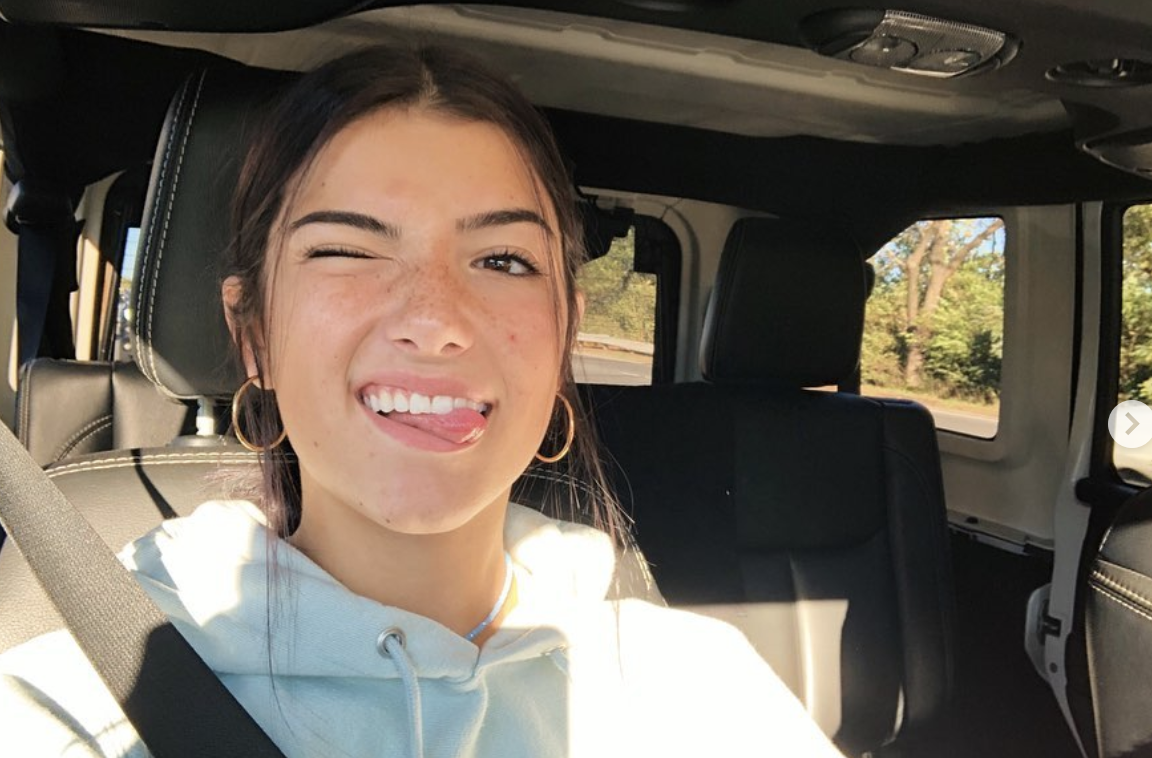 Charli D’Amelio has gone from “100K followers yay” to “Ad on Super Bowl Sunday” in the last six months. D’Amelio shot to TikTok stardom through a healthy stream of up-beat TikTok dance videos. At 742 videos, she has posted nearly everyday of the app’s existence. She is only 15 years-old and still in high school, at home in Connecticut with her parents and big sister Dixie D’Amelio (almost her twin). On August 29th of last year, she celebrated 100K followers with a tweet and #Charlihit100K, now she is up to 21.7M followers. D’Amelio threw a meet and greet that was criticized at the time for charging $100 to meet and shoot a TikTok with her. D’Amelio later cleared up that all proceeds beyond the cost of covering security would go to charity.

D’Amelio has been in competitive dancing since age five. With TikTok starting at the beginning of her teen years, it is quite a time to be alive for the reigning queen of duets. When D’Amelio shoots her short dance videos to songs at the top of TikTok, her arm often goes off screen, which makes her videos an easy target for comedy duet videos, where she appears to punch her duet “partner.” Teenage boys love to watch her; teenage girls love to tear her down—possibly why she currently dominates the TikTok trending “For You” video page.

Fly close to the sun and you get heat, both warming heat and burns. Britney Spears recently posted serious praise for D’Amelio’s “Hit Me Baby One More Time” dance with Derek Hough, Dancing With the Stars champion, exclaiming, “This is AMAZING… Please come do this at The Zone!!!!” D’Amelio responded, “I would love to!!!!” At the same time, rumors are swirling that D’Amelio is dating Youtuber Chase Hudson, 17, from Stockton, CA. Their kissing posts are all over the place on the validity scale, maybe a New Years Eve kiss video is all the proof we need (?!). But wait, Huddy is cheating on D’Amelio? There are only 3,000 miles between their hometowns and they are famous teenagers—how could it not work?

Whatever you decide about D’Amelio and her stratospheric rise to TikTok domination, you (and all dads) cannot deny the power of an appearance in a Super Bowl commercial. This Sunday, look for D’Amelio in a television ad for Sabra brand hummus dip. In the ad, NFL player Boomer Esiason, dips a pretzel in his hummus (warning for headphone wearers, some Mukbang involved) and D’Amelio, dipping a carrot, responds with a play on his name and her signature meme, “Ok, boomer.” As an adult, D’Amelio wants to dance professionally. Her TikTok fame is an unexpected route to that goal, but she just may pull it off. D’Amelio has this to say about her fame, “Like, so many people do this. Just not everyone posts it. And whatever I did, I guess, worked.”