On this Entscoop Chats, our host, Taylor Reardigan, sat down with the beautiful model and TV personality Chloe Veitch!

She talked to us about her time on the hit Netflix shows “Too Hot To Handle” and “The Circle.” We even got the inside scoop on her dating life! 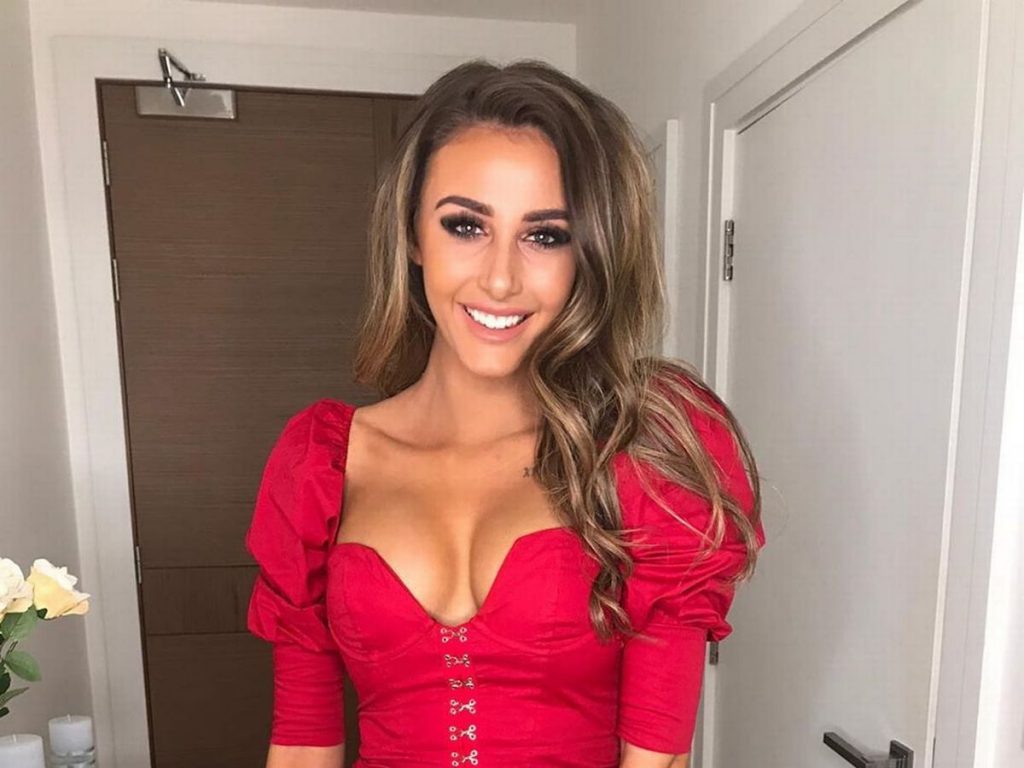 Did you always want to be on  TV?

“Too Hot To Handle” star Chloe said that she didn’t always want to be on television. It was her mother who convinced her saying, “Chlo, you’re made for TV.” Chloe’s hesitation came from the fact that her personality is loud and never fit in in school.

Was it weird getting used to the cameras around you 24/7?

It was a bit strange at first for Chloe to be in front of the camera.
“I wanted to be prepared to be on the show.” The, Chloe began to have thoughts like, “Say if I wanted to go to the toilet, the toilet toilet, am I being filmed?” She loved every minute of it and it completely changed her life.

Finally, when she went on “Too Hot to Handle” Chloe realized that she was, in fact, made to be on the camera.

You came off really authentically on camera.

“That is literally one thing that I would say to anyone who wants to be on [television], just be yourself. You’ll always get called out in the end and people can see right through you.” 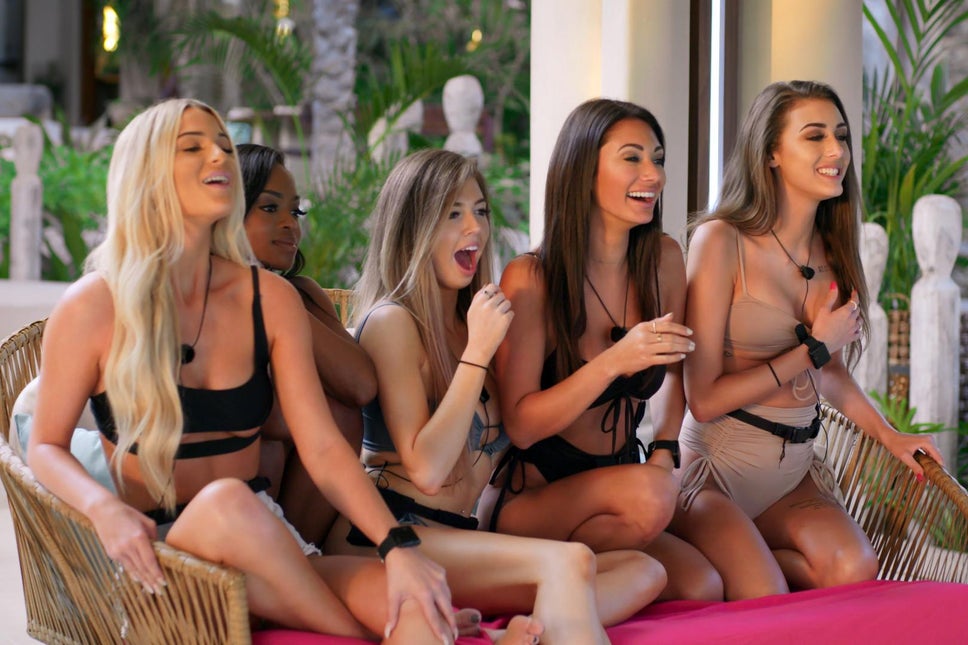 ‘Too Hot to Handle’

When you started filming, did you honestly not know that you weren’t able to hook up with anyone in the house?

“Yeah, without a doubt, we didn’t even know the name of the show,” says Chloe. “One of the producers and casters said to me, ‘Chlo this is going to be huge, and I just had to trust her and I made the right choice.”

How hard was it really to restrain from hooking up with anyone?

According to Chloe, it wasn’t actually that difficult to restrain herself. Before leaving for “Too Hot to Handle,” her parents and her nan said that they didn’t want her to have sex on TV. Chloe jokes, “Imagine jumping into bed with someone and then going ‘oh sorry, I can’t have sex with you because my nan told me not to.”

So, there was a perfect built in excuse!

I know you and Francesca weren’t exactly the best of friends on the show, where is that now?

“To be honest, it’s only a few people I talk from ‘Too Hot to Handle.’ There’s no like reason why. I just feel like when you go on TV with a certain cast, everyone is going to have a personality.”

Surprisingly, Chloe was only 19 when she got cast on the show.

Now, Chloe thinks that Francesca is an absolute boss and there is nothing but positive vibes between them.

I know you talk a lot to Nicole, you guys are besties.

Nicole is one of Chloe’s best friends. She drives to see her often, and they are even looking to move in together.

A really solid friendship came out of the show, that’s really cool. 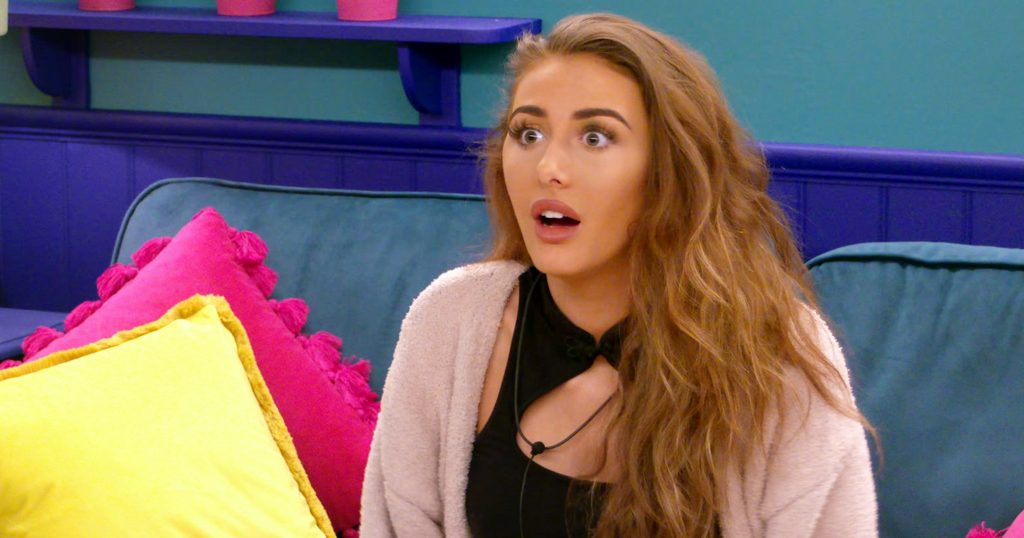 Was it hard to detect who was real and who was a catfish on the show?

“Yeah really hard, I had no clue, I was oblivious.” She even thought that there was someone who actually had two heads.

What was it like being alone and secluded for that long period of time?

It was difficult. Chloe likes to bounce off of people’s energy. “I’m always surrounded by family or friends or Nicole.”

Even before filming, the cast had to isolate due to COVID-19. In the end, she had to isolate alone for 7 or 8 weeks. Not even the camera crew or producers were allowed in. “I kind of got used to enjoying my own company.”

I wanted to talk about the unicorn. What made you want to bring the unicorn?

Before going on the show, the contestants were told that they could bring anything. She thought that she would bring puzzles, but while shopping with her mom, they saw Ellie.

They became best friends. Chloe says, “She kept me company.”

How upset were you when you found out that Trevor wasn’t real and have you had the chance to get to talk to him in real life?

“I knew there was a possibility that Trevor could be not real. I’m not that naive.” However, they talked every day and DeLeesa played the part of Trevor very well.

When DeLeesa came out, Chloe had a huge smile and was not at all upset that it wasn’t Trevor.

Chloe hasn’t gotten to meet the real Trevor, but she is going to America next month, so she hopes to! 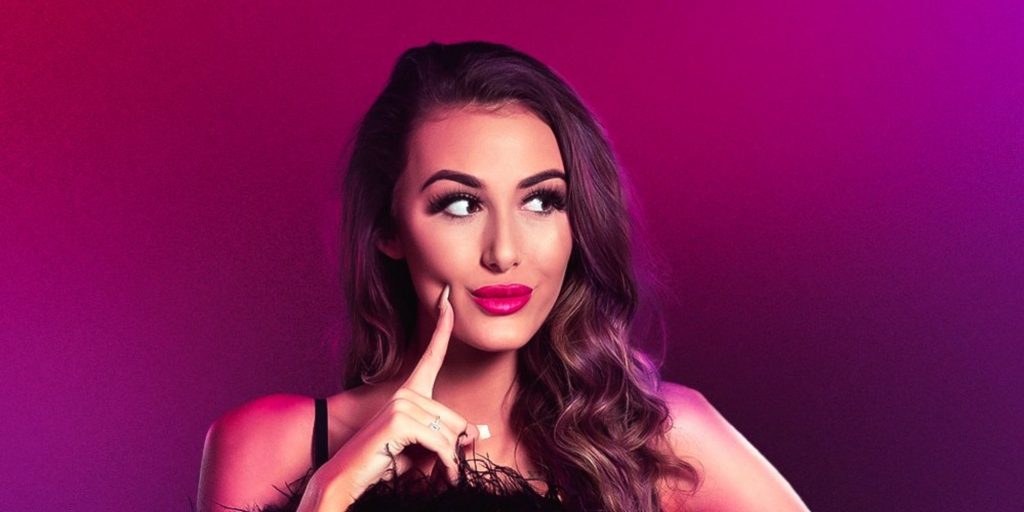 Apparently, Chloe has been talking to another cast mate, Mitchell Eason.

You just announced on a podcast that you and Mitchell have a little thing going on. How the heck did this happen?

Squealing like a schoolgirl, Chloe tells us. “After the final he comes up to me and says, ‘Chlo, I really wanna kiss you.’ I’m like okay.” They kissed and ever since then they’ve been speaking

They FaceTimed every day for four months after filming. She is definitely going to see him when she goes to America.

Right now they are both focusing on their careers. But, she says, “We know that we get on very well.”

Chloe’s face beams as she says, “technically we are dating.”

We are rooting for them!

What do you think of Chloe Veitch and Mitchell Eason? Drop a comment below and let us know!