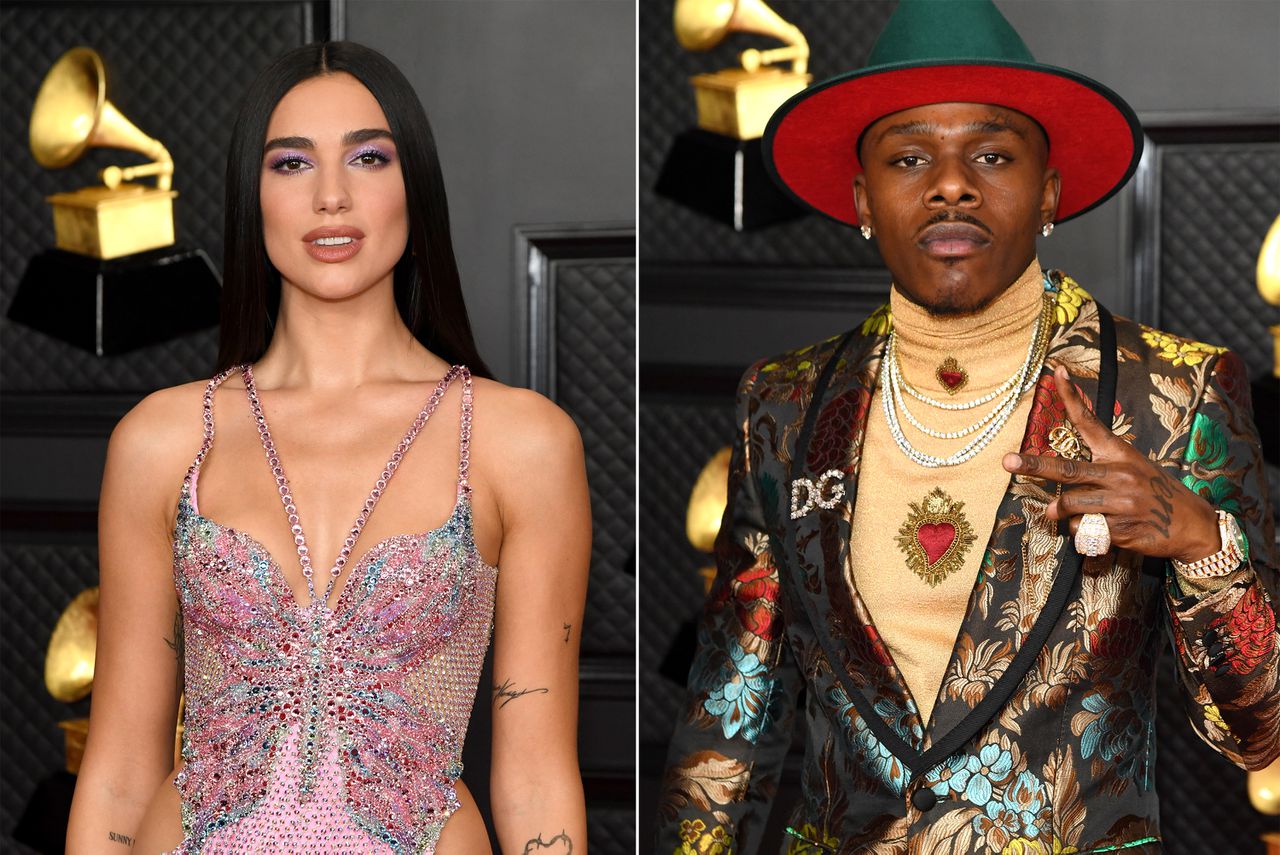 Posted at 23:55h in Celebrities by Trae Morgan-White 0 Comments

On Tuesday,  the “Future Nostalgia” singer, Dua Lipa, condemned rapper DaBaby for his homophobic comments made at Rolling Loud in Miami.

In 2020, the 29-year-old rapper joined Dua Lipa on the remix to “Levitating.” Their collab is the singer’s most successful song in the United States. 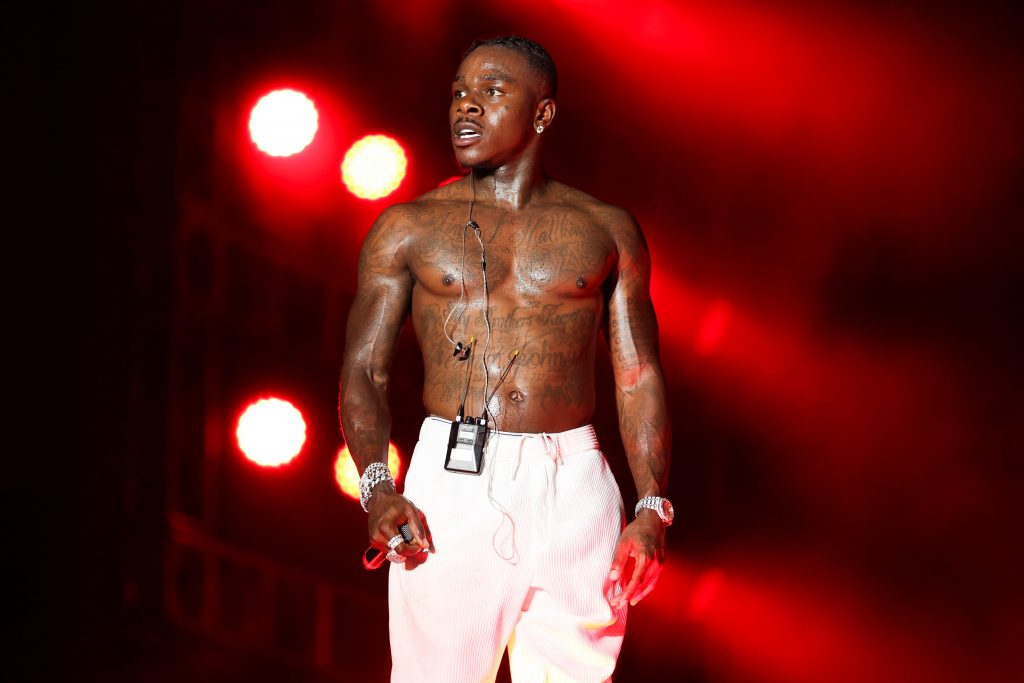 On Jul. 25, DaBaby performed at Rolling Loud and expressed controversial comments during his set. His comments were deemed homophobic and sexist.

“If you didn’t show up today with HIV, AIDS, or any of them deadly sexually transmitted diseases, that’ll make you die in two to three weeks, then put your cellphone lighter up,” said the rapper at Rolling Loud.

Alongside this comment, he made inappropriate comments about women’s hygiene and men’s sexuality.

Prior to DaBaby’s comments, Dua Lipa posted an Instagram story with a response.

The “Don’t Start Now” singer addressed his comments and advocated for the LGBTQ+ community.

“I really don’t recognize this as the person I worked with,” the singer wrote on Instagram. “I know my fans know where my heart lies and that I stand 100% with the LGBTQ community.”

The singer also acknowledged the “stigma and ignorance” of HIV/AIDS, encouraging everyone to take action against it and express support for those who have it. 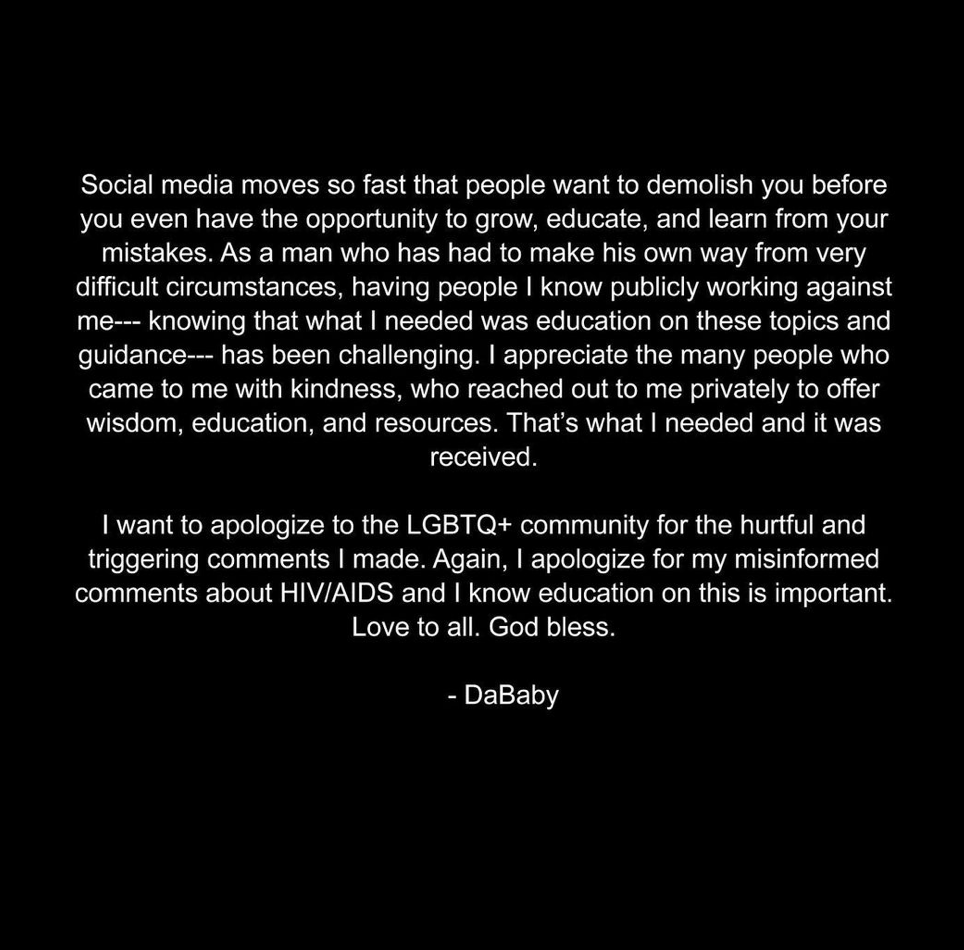 The “Rockstar” artist recently issued an apology on Twitter, shortly after addressing his comments on a lengthy Instagram story. The artist claimed that the Internet misconstrued what he said.

In another statement, DaBaby addressed the LGBTQ+ community and issued an apology for his remarks.

“Anybody who done ever been effected[sic] by AIDS/HIV, y’all got the right to be upset,” he wrote on Twitter, followed by a praying emoji. “What I said was insensitive even though I have no intentions on offending anybody. So, my apologies.”

Despite DaBaby’s apology, retailer boohooMAN cut ties with the rapper. The company stated that they are against “the use of homophobic language.”

Other Celebrities Speak Out

Aside from Dua Lipa, many artists, celebrities, and fanbases have expressed disdain towards the rapper’s remarks.

Singer Elton John addressed the comments on his social media platforms, with a graphic from the Elton John AIDS Foundation.

“Homophobic and HIV mistruths have no place in our society and industry and as musicians, we must spread compassion and love for the most marginalized people in our communities,” the singer wrote. “A musician’s job is to bring people together.”

Singer Victoria Monét, well-known for co-writing songs for Ariana Grande, tweeted an offer to replace DaBaby on the remix version of “Levitating.”

What are your thoughts regarding DaBaby’s actions at Rolling Loud? Drop a comment below and let us know your thoughts!

Be sure to check out our latest article on Alabama Barker Refers to Kourtney Kardashian as Her Stepmom!