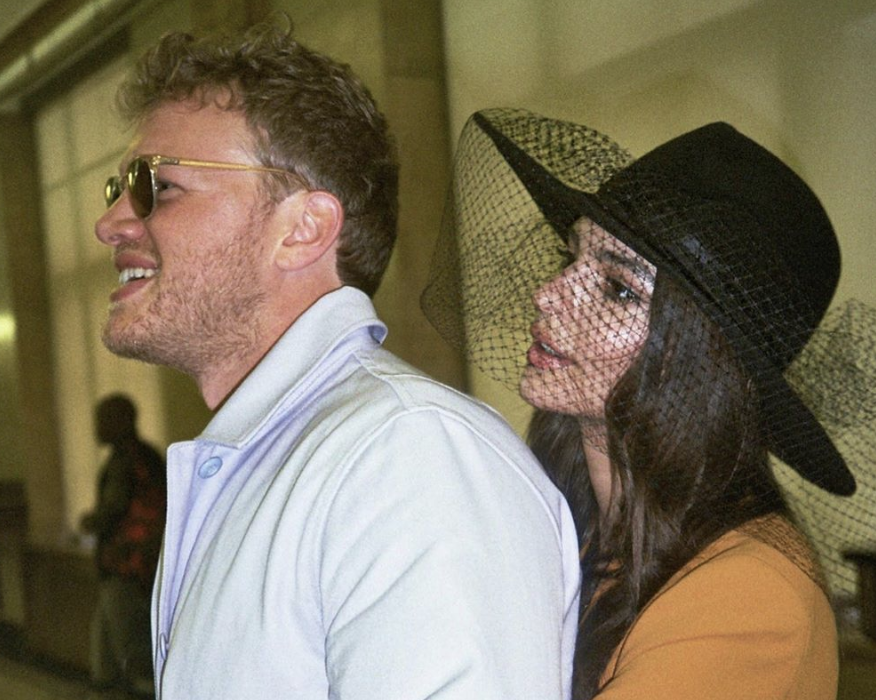 To celebrate her first wedding anniversary, Emily Ratajkowski shared some pictures and a never-before seen video on Instagram. Ratajkowski married actor and producer Sebastian Bear-McClard one year ago yesterday at a small wedding ceremony surrounded by their close friends. It was a surprise New York City courthouse wedding, and the couple kept it to a tight group of attendees.

In two separate posts, Ratajkowski reflected on her anniversary. One post was a revealing picture of Ratajkowski, completely naked, showing off her jewelry, including her engagement and wedding rings. The caption was simple, reading “one year✨.”

In another post honoring her relationship, Ratajkowski captioned the post, “One year ago today, we headed down to city hall with some of our closest friends. What a year it’s been. Marrying you has been one of the greatest joys of my life. Happy year ☝️!”

The post consisted of four pictures and one video. The pictures showed an inside look at the wedding. One picture showed the couple kissing and another showed Bear-McClard on a couch with Ratajkowski striking a pose holding her flowers. The most compelling part of the post was probably the video. The video shows Ratajkowski fanning herself in the courthouse saying “we’re getting married in 15 minutes” and then looking at the camera and saying “I’m getting married in 15 minutes,” with a smile on her face.

Ratajkowski and Bear-McClard married after just a short time dating, and kept the wedding quiet. She announced their marriage on Instagram with a simple black and white photo of the couple hugging and the caption “💍ny💍.” Another surprise to the public was Ratakojwski’s choice of wedding attire. She veered away from the typical wedding white and instead wore a mustard colored suit from Zara.

Ratajkowski spoke with Marie Claire last year and they hit on her choice of wedding fashion and the reaction she got from it. Ratajkowski said, “No one can take women seriously on any choices that they make, especially if they’re unique to them and they don’t play into the way we think women should get married. It’s a constant writing-off.”