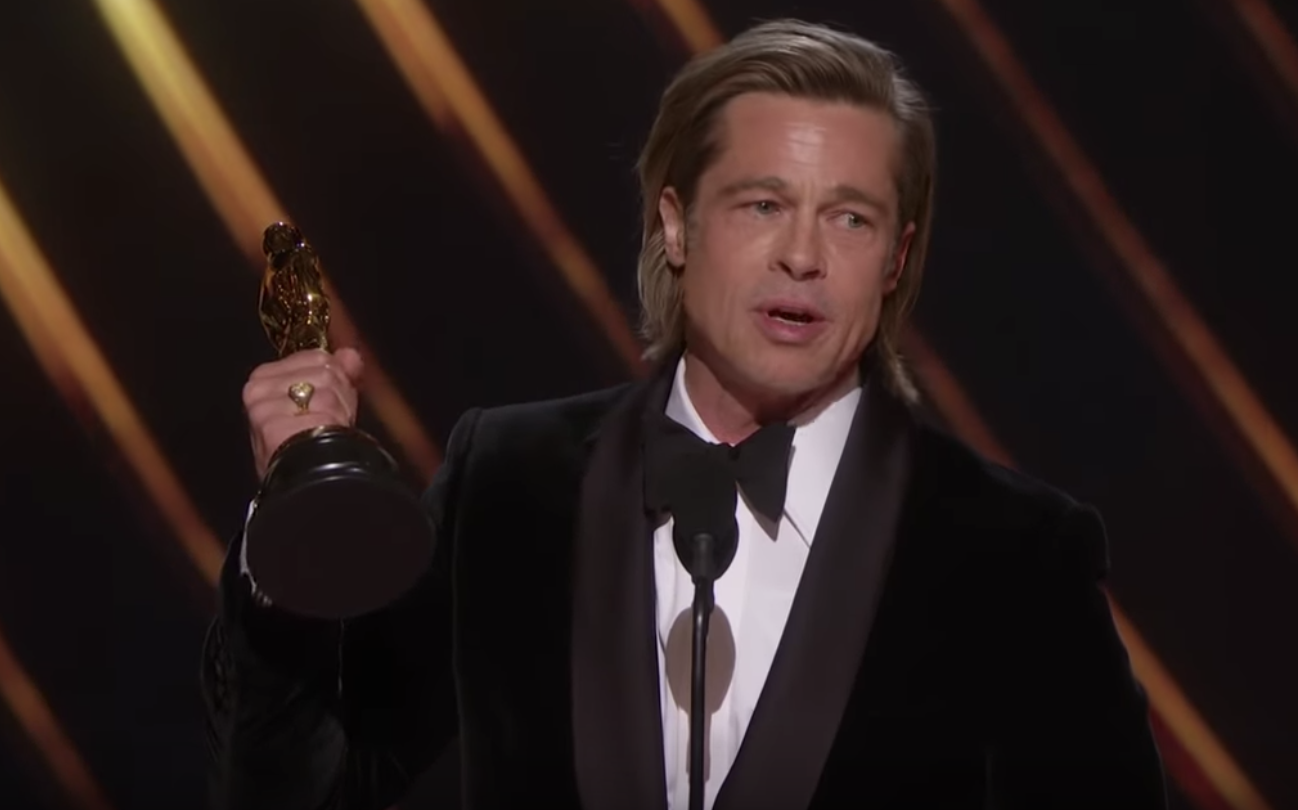 Janelle Monae opened the 92nd Oscars with a musical number like no other. Invoking  how Mr. Rogers started his show, with Tom Hanks (who portrayed Rogers in this year’s A Beautiful Day In The Neighborhood) watching from the front row. Monae sang, “Tonight we celebrate the art of storytelling, the misfits, the outcasts, the misunderstood, voices long deprived. Be loud, be lit, be seen, be heard.” Back up dancers included representation from films this year that were nominees and not nominated: Joker, Midsommar, 1917, Little Women, Hustlers, and My Name Is Dolemite. Monae even called out Oscar nomination snubs with the line, “Because the Oscars is so white…”

Billie Eilish sang “Yesterday” during the In Memorandum montage and Lin-Manuel Miranda introduced a montage of transformative music from film history. Steve Martin and Chris Rock started the presentation with a few minutes of jokes, in lieu of a host for the entire ceremony. Kristen Wiig and Maya Rudolph comically took their no-hosting, but presenting an award opportunity to audition for all the directors in the audience. The Bridesmaids co-stars did cold reads expressing anger, indignance, grief, and a musical medley that baffled/repulsed Billie Eilish in the audience.

After sweeping all the awards leading up to the Oscars, Brad Pitt won his first Oscar for acting, for Best Supporting Actor in Once Upon A Time In Hollywood. He started his acceptance speech expressing his disappointment with America’s Senate acquitting Trump on impeachment charges. Getting back to his Oscar win, he told Leonardo DiCaprio, his co-star in the audience, “I’ll ride on your coattails any day. The view’s fantastic.” After two past nominations over an enduring film career, Laura Dern won an Oscar for Best Supporting Actress for Marriage Story. She was able to thank her very tearful mother in the audience, Diane Ladd, a distinguished actor in her own right.

Eminem surprised the audience by singing his Oscar nominated song from the film about his life, 8 Mile. Eminem tweeted, “Sorry it took me 18 years to get here,” referring to missing the ceremony 18 years ago where his song “Lose Yourself” won an Oscar for Best Original Song.

Renee Zellweger won the Oscar for Best Lead Actress for her portrayal of Judy Garland in the biopic about Garland’s last year of life, Judy. Joaquin Phoenix won the Oscar for Best Actor for his starring role in Joker, and his acceptance speech turned from thanking supporters to speaking out for animal rights. Phoenix, a vegan, was instrumental in the Golden Globes menu this year being vegan, and he urged his agency, WME, to serve vegan fair at their Oscars afterparty.

The night’s unexpected big winner was Parasite, the Korean language film by Bong Joon-Ho, who won Best Screenplay with co-writer Jin Won Han. Bong went on to win Best International Film, joking via transalator in his speech, “I’m ready to drink tonight.” But before he could enjoy a well deserved cocktail, Oscar wasn’t done with Bong, he won Best Director. In his acceptance speech, he said via translator that when he was in film school, a quote was carved into his heart, “the most personal is the most creative.” Then speaking in English himself, Bong attributed that quote to “the great Martin Scorsese,” who Bong just beat out for Best Director and was in the audience. Scorsese looked truly moved to be thanked in such a heartfelt manner by a fellow director and the audience rose to their feet for Scorsese. Bong also called out in his own English, “Quentin, I love you,” to fellow nominee in the audience, Quentin Tarantino, for always putting Bong’s films on his “best films” lists. Then, Parasite went on to take home the Oscar for Best Picture. One of only 10 non-English language films to have been nominated for Best Film in Oscar history, this win is a monumental accomplishment for the dark parody thriller. Just as the show seemed to be pulling away from the creators and cast of Parasite, to “play them off” the stage, presenter, Jane Fonda, and the audience had to signal for the acceptance speeches to not be cut off. The Parasite crew were able to finish their acceptance speeches. Having no host kept the show moving faster; it did seem to allow winners more time to completely convey their acceptance excitement and gratitude. They were supposed to only have 45 seconds, but the orchestra did not use music cues to chase winners off stage—a big improvement from Oscars past.