We recently had the pleasure of sitting down with clinical psychologist Dr. Hillary Goldsher to talk about cancel culture and its effects on our society and mental health. She specializes in the treatment of PTSD, depression, anxiety, couples, parenting, and families.

If you are unfamiliar with cancel culture, it’s a trend on Twitter where, after a celebrity’s racist/homophobic/bigotted tweets, videos, or images resurface after a certain amount of years or if they say something out of line, they get “canceled.” This means that a Twitter hashtag is started that normally reads “#SoAndSoIsOverParty” and trends worldwide full of images and opinion tweets on the person’s character. 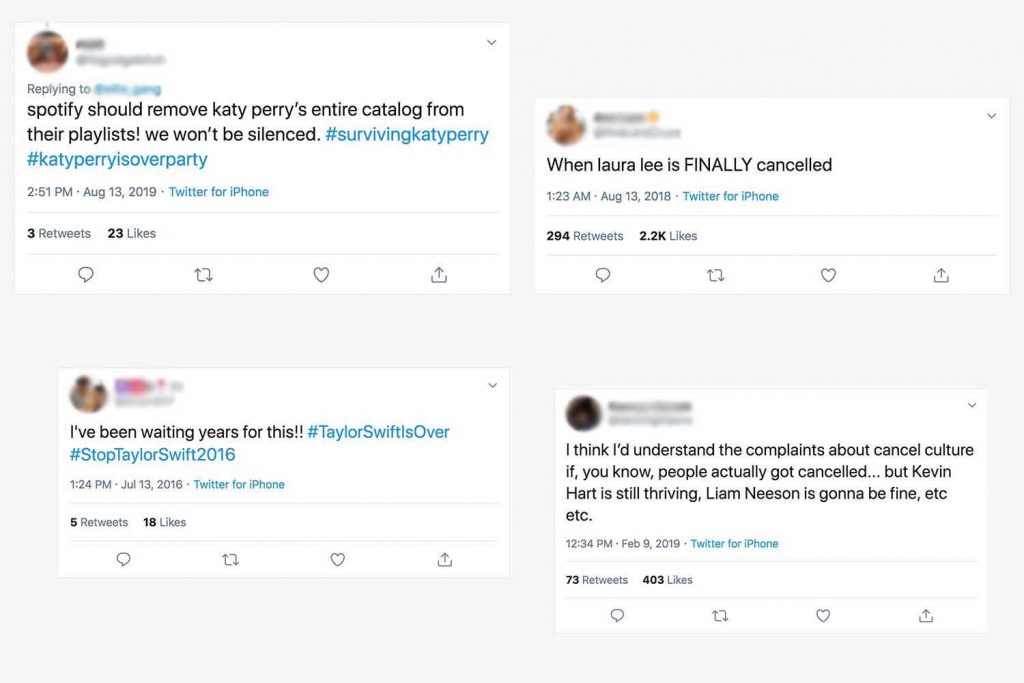 Even after someone apologizes, there is a good chance that they will not get their fans that took part in this canceling back. The culture is an attempt to hold celebrities accountable for their actions.

Does it even work?

We asked Dr. Goldsher if she thought this “mob mentality,” so to speak, actually has a positive effect on accountability or if it’s just damaging.

“I think the answer is a bit of both,” Dr. Goldsher says. “I think it potentially can hold the person at the center of it accountable. We are in an environment in which we are looking to dismantle racial injustice and the sodomy and abusive behavior. And if someone is clearly caught engaging in those type of behaviors are speaking in that manner, perhaps having them be dethroned from their position of status or power, etc. is an understandable even reasonable consequence because that behavior is so a warrant and something as a society as a country, and we’re hoping to change. In some cases it forecloses the opportunity for the person themselves at the center of it and the fan base or group of people who work with them around them to learn from the experience to potentially change the way they think. And so I worry for those people who make these kind of mistakes and truly seriously want to.”

There is a chance that this “cancellation” of a person’s career, whether it be for a long period of time or a short one, can actually make people want to change and learn. Unfortunately, the threat of losing status and money could be more of a pull to do so then the actual desire to learn about what they did wrong. They may apologize, but it could be for the wrong reasons.

“In some ways, it [an apology] feels disingenuous, or the true understanding that their actions or words don’t reflect those of most people and don’t reflect who they want to be inside of their heart, mind, and soul.”

It seems like in cancel culture, there is a lot of lack of dialogue and more of a push to dethrone someone and their career. Nothing will ever be truly fixed until we learn to have a dialogue with one another and not jump to conclusions.

Watch the full interview below!