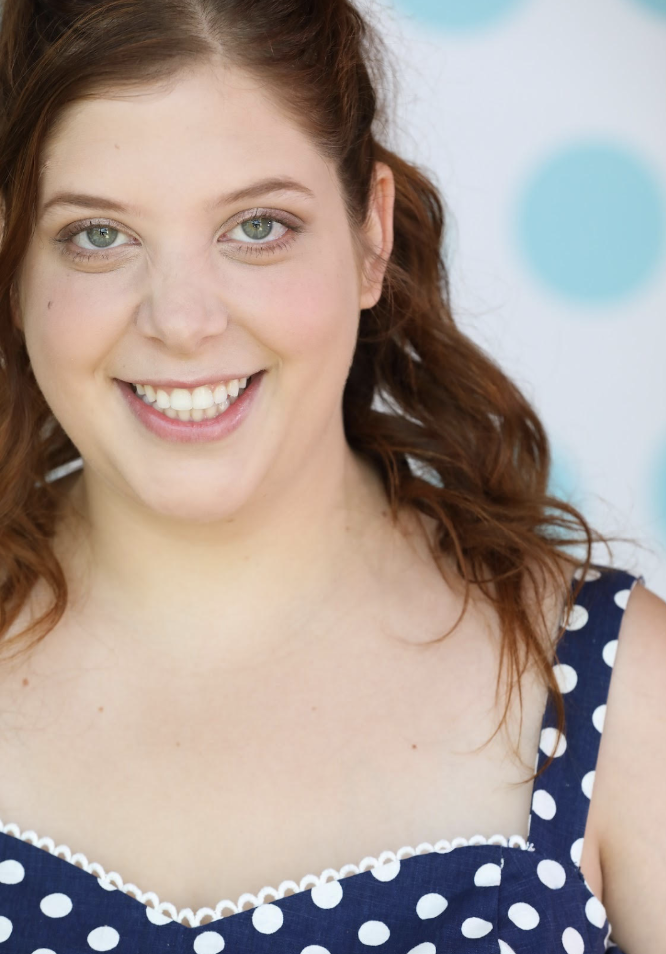 Posted at 08:31h in Celebrities by Gigi Manukyan 0 Comments

Entertainment Scoop sat down with Rachel Redleaf to discuss the newest season of Atypical,  how the show has made an impact on the community, her character Beth, and her advice for others in the industry. Rachel is no stranger to the big screen as she starred in Quentin Tarantino’s “Once Upon a Hollywood” and “Red Velvet.”

The third season of “Atypical” premiered on November 1 on Netflix. The series addresses the Autism community and what may happen in everyday life because of it.

Q: If you could sum up the show in three words, what would it be?

A: Penguins, love, and atypical. 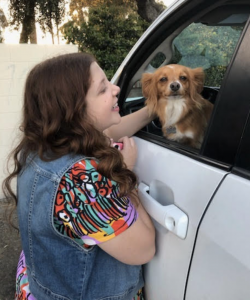 Q: Atypical just released season 3 on Netflix, what can we expect from your character Beth this season?

A: Well I definitely do have more of a character arc this season. I get more involved with Casey and Evan’s relationship. I maybe do something a little illegal. I dognap the dog, but don’t say anything! It’s for the greater good.

Q: Going from season 1 to season 3, did you expect the success that this show has had?

A: With Netflix shows you always hope for the best, but you can never tell with the ratings. Atypical was definitely one of those low key shows. When I would ask them about it they wouldn’t know about it. But once they do check it out, I’ve never heard someone that doesn’t like it. It’s so tender and likable in all fronts. It’s so well written! It’s kind of a show for everyone! So I knew it wouldn’t fail in that sense. I knew it just had to keep going because even though it’s one of the lesser known ones, once you do know it, you absolutely fall in love with it.

“There’s something for everyone”

Q: How do you feel that Atypical is changing television?

A: I mean there’s some shows out there like the “Good Doctor,” but Atypical tackles all fronts of the Autism spectrum because you have QC, and you don’t necessarily get the other side of the family and what some of the struggles they might be going through. I know a lot of people have reached out to Bridget and said “Oh I really connect to you and your friend because I’m a sibling of someone on the Autism spectrum. I really connect with you because she really just is a normal sister and that’s exactly what the show is about. Nobody is normal and everybody has their special quirks and this is just another family.” I love that it’s exploring literally every aspect that you go through. You go through Casey’s life, through the parent’s life, divorce, sexuality, the autism spectrum, all these different fronts. It’s about dating, it’s literally about everything. There’s something for everyone. 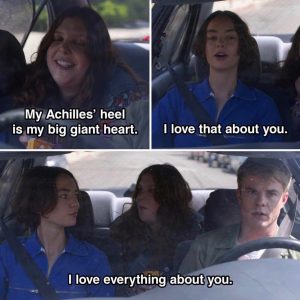 Q: What’s the message that you hope people take away from Atypical?

A: The tagline for the season “the journey to success is atypical,” I think that’s true. I’m going through that right now. The journey to my acting career. Things are going to drop; things are going to happen. Everyone goes through a different journey. Page goes through a different journey at college this season. She thinks she’s going to be on top in college. Sam who doesn’t necessarily think he’s going to succeed ends up doing really well, and decides to pursue nursing. Everyone thinks they’re going one way end up on a different route.

Q: For people in high school, or anywhere in life who feel like they don’t fit in, what would you advise?

A: That’s such a big question…I want to say it gets better, keep trying. It’s hard because there’s always going to be another roadblock. Surround yourself with friends and people you love. Don’t be afraid to ask for help. I’m always for erasing the stigma about mental illness and always reach out and ask for help. Say something to the kid in the corner. Reach out to people who may look sad in class. Say hi to people you never said hi to before. Make as many friends as you can. Surround yourself with good people and good vibes. That’ll help you!

Q: What advice would you have for young actors trying to be successful in the business?

A: Perform! Never stop performing! Find a local theatre, acting classes, just always keep acting. I’ve never stopped! When I was a kid, at four years old, I was always in a show. I never learned how to ride a bike. I was just always acting. I started doing it for fun, but eventually I got really good at it. I liked it so much! 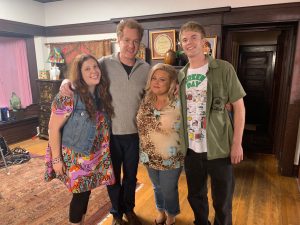 Q: What is your biggest takeaway on being on Atypical?

A: Honestly, I’ve learned so much about the Autism community in general. Just being on set for the first time, in general. Now I’ve done several things, but this was my first show.  I learned a lot about set etiquette and how the overall process works.

A: We don’t have news yet, but we’re the #1 trending show right now. I have a good feeling though!