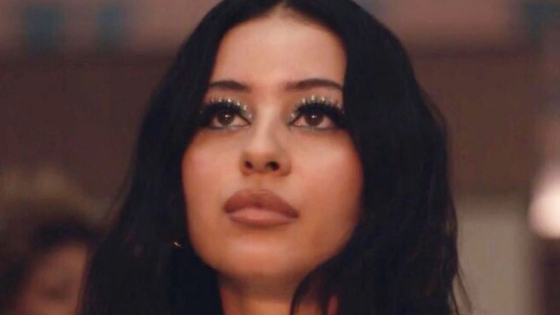 24 Aug Euphoria Makeup is Taking Over the Internet

The popular HBO show, Euphoria, is making waves not just on TV but on the internet.

The show follows a group of high school students and their experiences, from drugs to, friendships, sex, love, identity, and more. This show is drama-packed and grabs anyone’s attention. But, the show’s plot is not the only thing people are talking about right now; it is the makeup looks seen in the show.

Euphoria makeup is all about glitter, rhinestones, and bold colors. The brighter, the better. Girls are placing rhinestones on their brow bone and even under their eyes to add extra sparkle to the look. 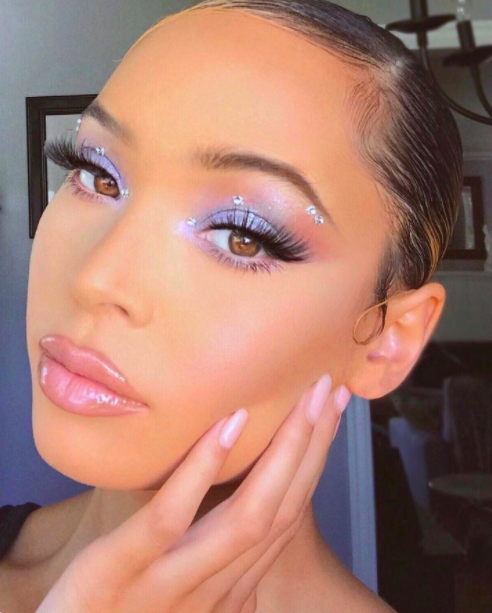 Girls are even planning their birthday parties based on the show’s aesthetic. The dress code is all things purples, pinks, and silvers. Grab your neon lights and disco balls ladies; it’s Euphoria party time!

The trend was made even more popular on Tik Tok.

Tik Tok users are using the song: Feel Something by Bea Miller. Tik Tokers are starting the video in little to no makeup. When the song’s chorus begins, they lie down, and the lighting changes, and they have a full face of Euphoria inspired makeup.

The lights usually turn off, and there is a purple or blue-toned LED light shining in the room. The lights make the makeup look so bold and glow. It is the spotlight of the video and the entire look. 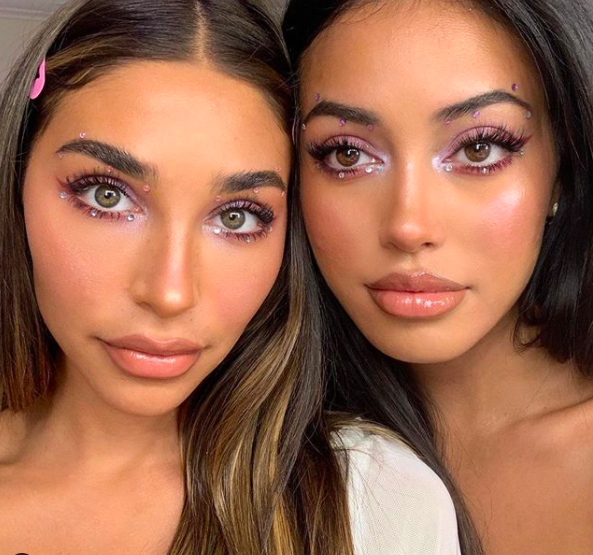 Even Addison Rae got in on this trend.

Tik Tok stars aren’t the only ones sporting this glitter look. Stars like Chantel Jeffries, Cindy Kimberly, and Tana Mongeau all have Youtube videos trying to recreate the show’s stunning looks. 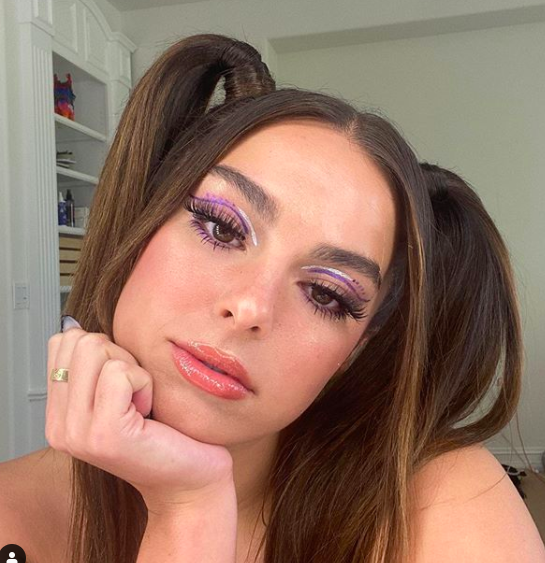 The trend looks amazing on everyone who tries it and is just such a fantastic trend to try out! If you try out this look on yourself, be sure to send us pictures by tagging @entscoop !!

I’m heading to the store right now to get me some rhinestones for my next makeup look!!

Be sure to check out our latest article on The Lumineers.