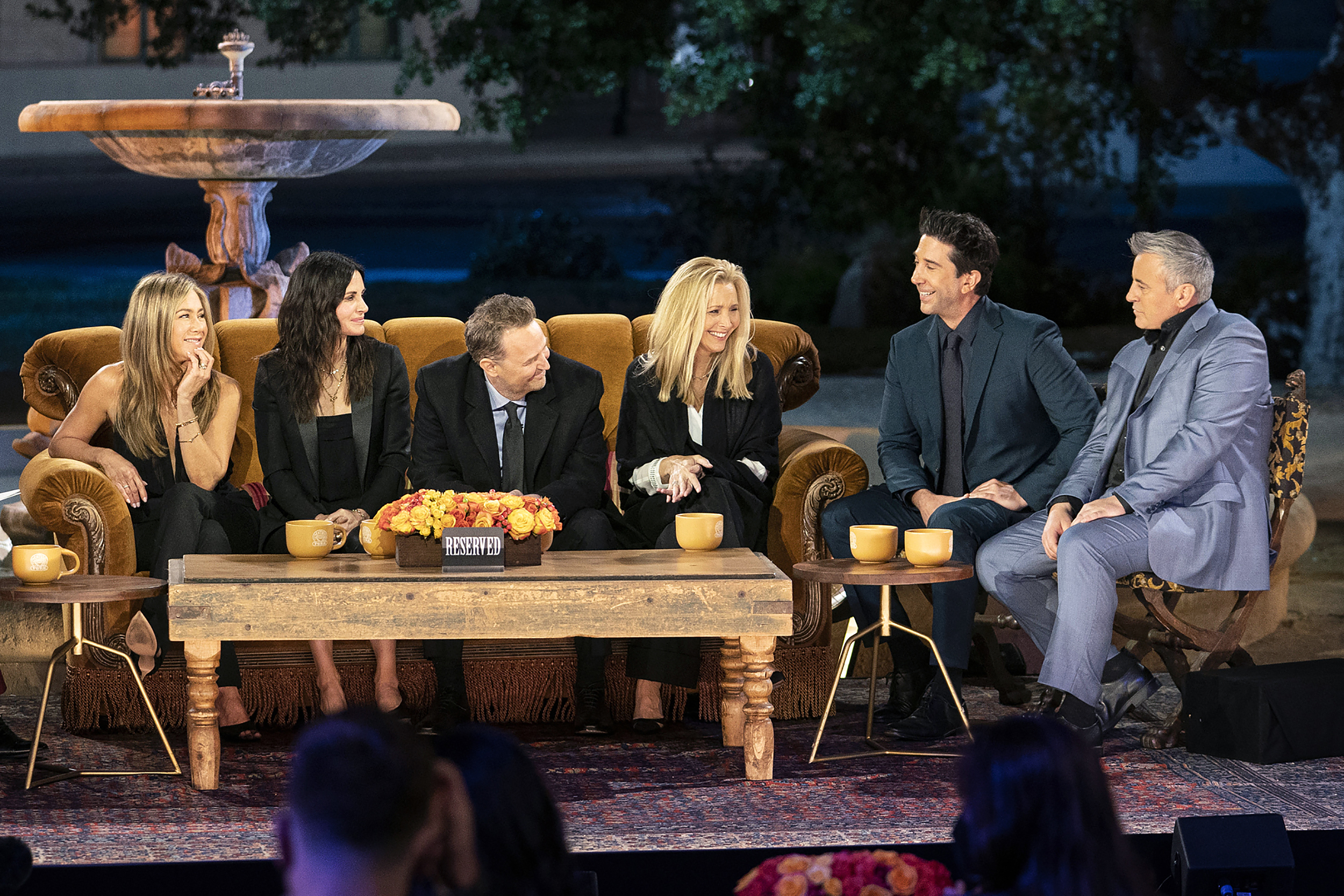 28 May Everything that You Missed From the ‘Friends: The Reunion’

Posted at 19:38h in Celebrities by Elizabeth Napolitano 0 Comments

HBO Max’s “Friends: The Reunion” follows the attempts of “Fuller House,” “Saved by the Bell,” and “The Fresh Prince of Bel Air”  to give Millenials what they really crave: yet another dose of early-90s and 2000s sitcom nostalgia.

Suffice it to say, this reunion special had us emotional straight from the start!

Throughout the entire 105-minute event, our hearts literally almost stopped beating as we watched our favorite “Friends” cast members take a look back on their journey to sitcom stardom. They explored the ups and downs of filming and their relationships with fellow cast members.

Didn’t catch the reunion special? No worries!Here’s everything you need to know about “Friends: The Reunion.” 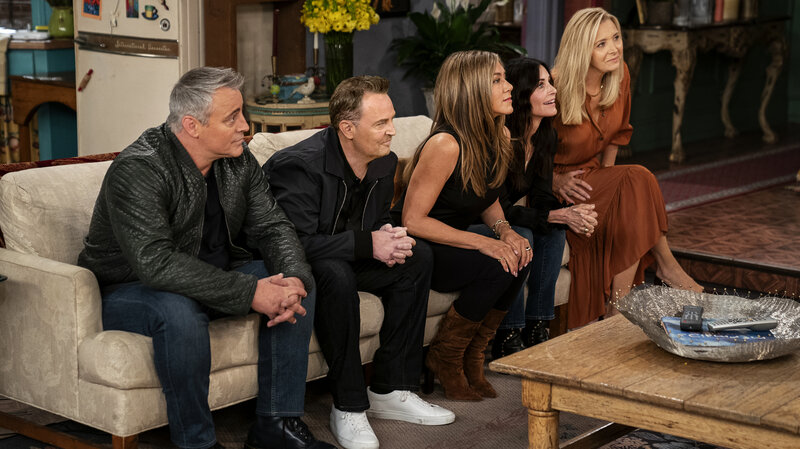 The Friends: The Reunion special opens with a look back on the show’s final scene as the Central Perks crew bids adieu to their now-empty Manhattan apartment.

From there, we’re transported back to the present, where James Corden invites the show’s actors to take a seat on none other than the iconic Central Perks couch. 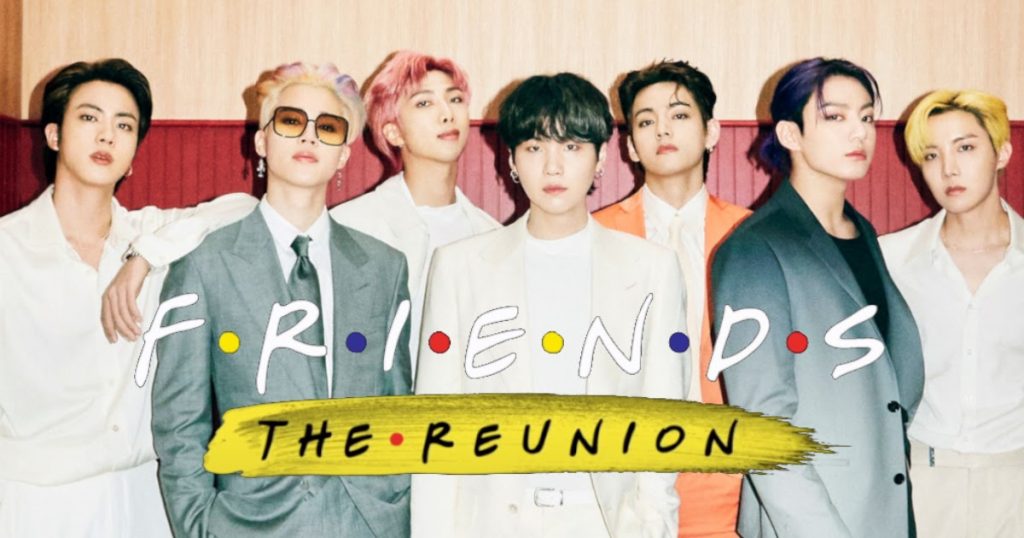 A major part of the reunion special was celebrating the cultural impact of Friends among its viewers, particularly celebrity guests and fans like BTS, Lady Gaga, and David Beckham.

Other celebrities, who guest starred on the show, made appearances, including Reese Witherspoon (who starred as Rachel’s sister Jill) and Tom Selleck (who played Monica’s ex-boyfriend Richard).

Reese Witherspoon explained why the show sucks people in from the first episode.  “I think friends has this magic because each character is so distinct that they could hold a television show by themselves”

Footballer David Beckham also commented on how real and interesting the show’s characters are. He even went so far as to say that he and Monica are a lot alike because they are both “clean freaks.”

Beckham also shared how the show always manages to brighten his mood when he’s on the road and longing for home.

BTS, meanwhile, praised the show, which was translated in over 18 languages over its 10 year run, for its global impact. They even credited the show with helping them pick up more English and learn about American culture. 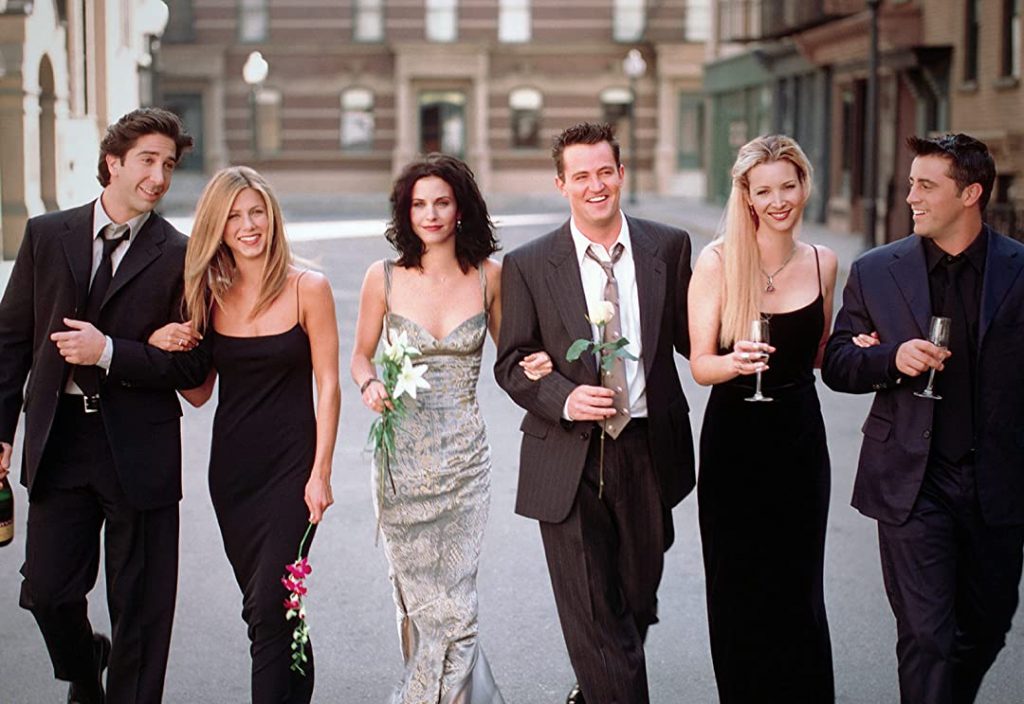 Fan questions were another major highlight from the night.

One fan asked if there was anything the cast didn’t like about filming “Friends.” Schwimmer replied that he actually couldn’t stand his monkey pal, Marcel.

“Here is my problem: The monkey, obviously, was trained,” Schwimmer, who usually loves animals, recalled. “It had to hit its mark and do its thing right at the perfect time. What inevitably began to happen was we would all have choreographed bits kind of timed out, and it would get messed up, because the monkey didn’t do its job right. So we would have to reset, we’d have to go again, because the monkey didn’t get it right.”

Another fan asked if the “Friends” cast would huddle together before every show.

Matt LeBlanc answered that the cast did indeed huddle before each night’s show.

At one point, Kudrow revealed, the cast attempted to stop the ritual in a bid to save some valuable pre-show time.

“We were sort of like, ‘We’re taking too long, the audience has been waiting — let’s just go,'” Kudrow said.

But later that night, LeBlanc dislocated his arm on the fourth take of a scene that required him to leap over a coffee table and land on a chair. The cast took the injury as an omen and resumed their pre-filming routine until the end of the series’ run in 2004.

“After [LeBlanc’s injury], we’d be like, ‘Do we need to do the huddle?’ And [LeBlanc] would be like, ‘Yeah, ’cause I don’t want anything else falling off,'” Kudrow continued. 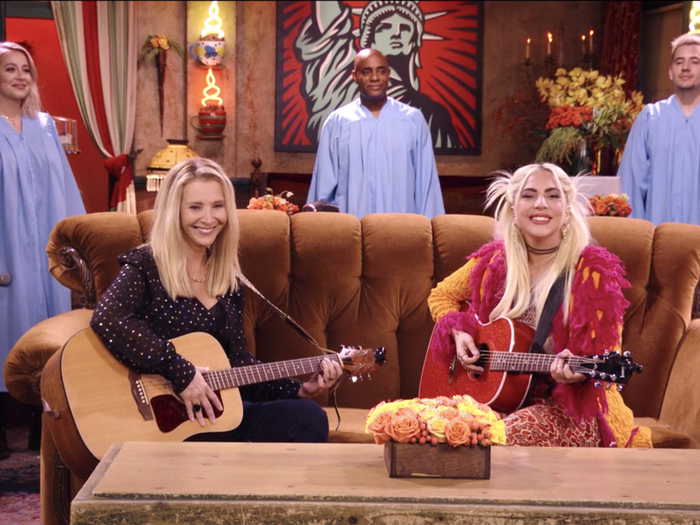 One of the show’s most quirky and inspiring moments was Lisa Kudrow’s performance of, “Smelly Cat,”

“Smelly Cat” was as much an iconic Phoebe song as it was a running gag throughout much of Friends’ 10-year run.

Lady Gaga joined Kudrow, 57, to resurrect the song from the yellow couch and shared her thoughts on what Phoebe’s character meant for the viewers.

“Thank you for being the person for all of us on ‘Friends’ who was, I’m not sure if this is the right way to say it, but the different one or the one who was really herself,” Gaga told her idol after killing a cover of the song with the help of Kudrow and couple of gospel singers.

“Not bad… that was really, really good,” Kudrow praised the younger singer, before joking: “That was so great … I still think it’s better when it’s just me.” 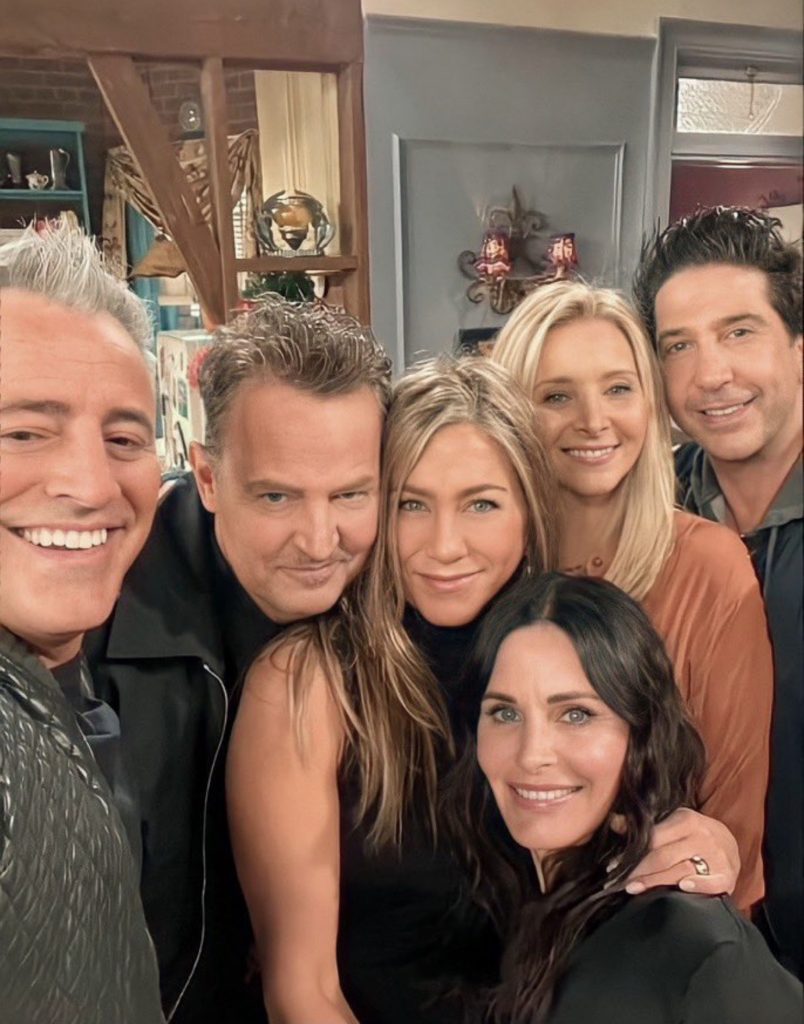 In what was probably the most jaw-dropping moment of the night, Schwimmer and Aniston’s revealed that they regularly got close and cuddly on set.

The actors even revealed that they had IRL crushes on one another while filming the show.

“When we had breaks from rehearsal, there were moments we would cuddle on the couch,” said David Schwimmer.

Anniston, meanwhile, recalled her nerve-wracking first kiss with her on-set love interest and reminisced about channeling her love and affection for Schwimmer  through Rachel.

“I remember saying one time to David: ‘It’s going to be such a bummer if the first time you and I actually kiss is on national television.’ And sure enough, the first time we kissed was in that coffee shop,” she said, adding: “We channelled all of our adoration and love for each other into Ross and Rachel.”

What did you think of the reunion? Drop a comment below and let us know!

Be sure to check out our latest article Having a Productive Hot Girl Summer | Feel Good Fridy;s w/ LIv Teixeira!