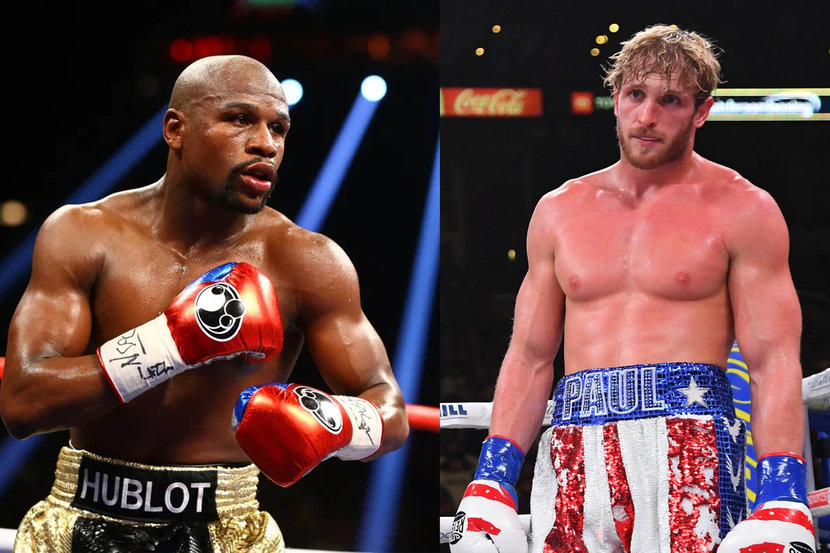 YouTubr-turned-fighter Logan Paul is gearing up to take on Floyd Mayweather, a five-time world champion boxer, at the Hard Rock Stadium in Miami on June 6.

The fight will air on Showtime pay-per-view and Fanmio, according to a video announcement Paul tweeted out on Tuesday night. Mayweather took to his Instagram account to promote the fight, promising fans an “epic event.”

“Logan Paul and I are going to fight at Hard Rock Stadium. Mayweather Promotions, Fanmio and Showtime will team up to give you an epic event,” Mayweather posted.

Paul, 26, is eager to take on Mayweather, despite never having won a professional boxing match.  In 2019, Paul lost his only professional fight — a boxing rematch with British Youtuber KSI — when the match went to a split decision.

Still, the 0-1 boxer sounded confident in his ability to knock out Mayweather in an early November interview last year.

Mayweather was quick to check his younger, inexperienced challenger’s ego. He tweeted a warning of his own to Paul.

“These YouTube girls better find some Barbie dolls to play with cause I’m not the one for the kid games,” said Mayweather. “3 years ago a fighter from the UFC said my name and I had to put a muzzle on that bitch. Logan Paul can get the same treatment before I go conquer Japan again.” 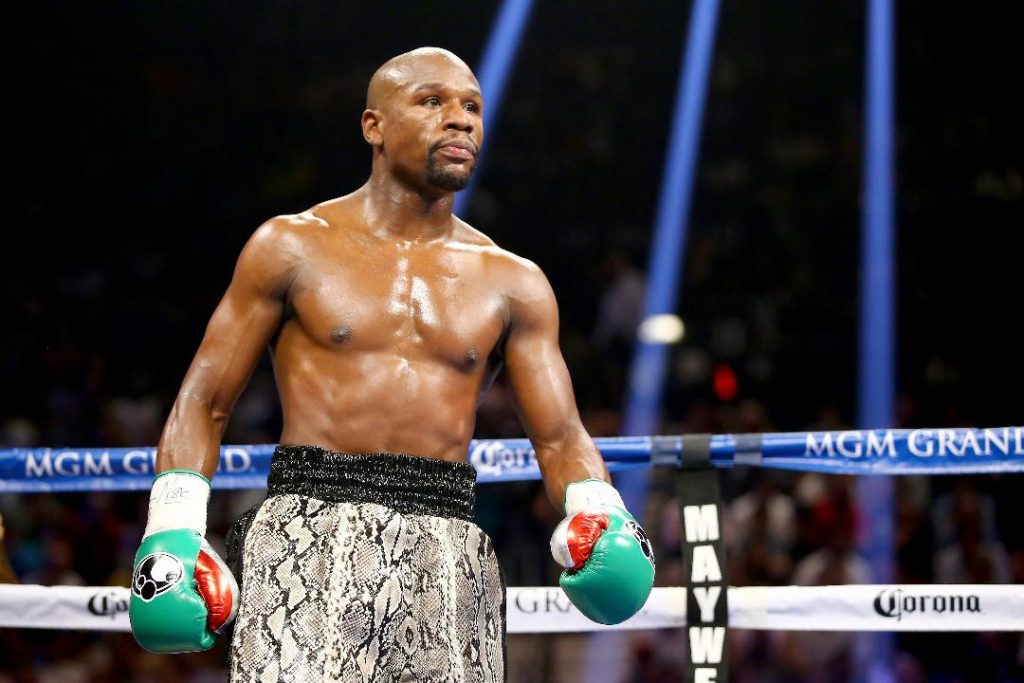 The 44-year-old boxing legend’s most profitable fight, however, was his 2017 match-up with Irish MMA champion, Connor McGregor.  Mayweather raked in $275 million for the seven-round fight.

It remains unclear how much Mayweather stands to earn for fighting Paul, but the boxer hinted he could rake in around $100 million in a recent interview.

The boxer told the Disruptive Entrepreneur podcast about his potential earnings while he defended his decision to take on the “mismatched” fight.

“I can fight a fighter right now and I can guarantee myself $35million,” Mayweather said. “I can eventually probably make $50million, for just a regular fight. Or me and Logan Paul can go out, entertain, have fun and make nine figures $100million or more.” 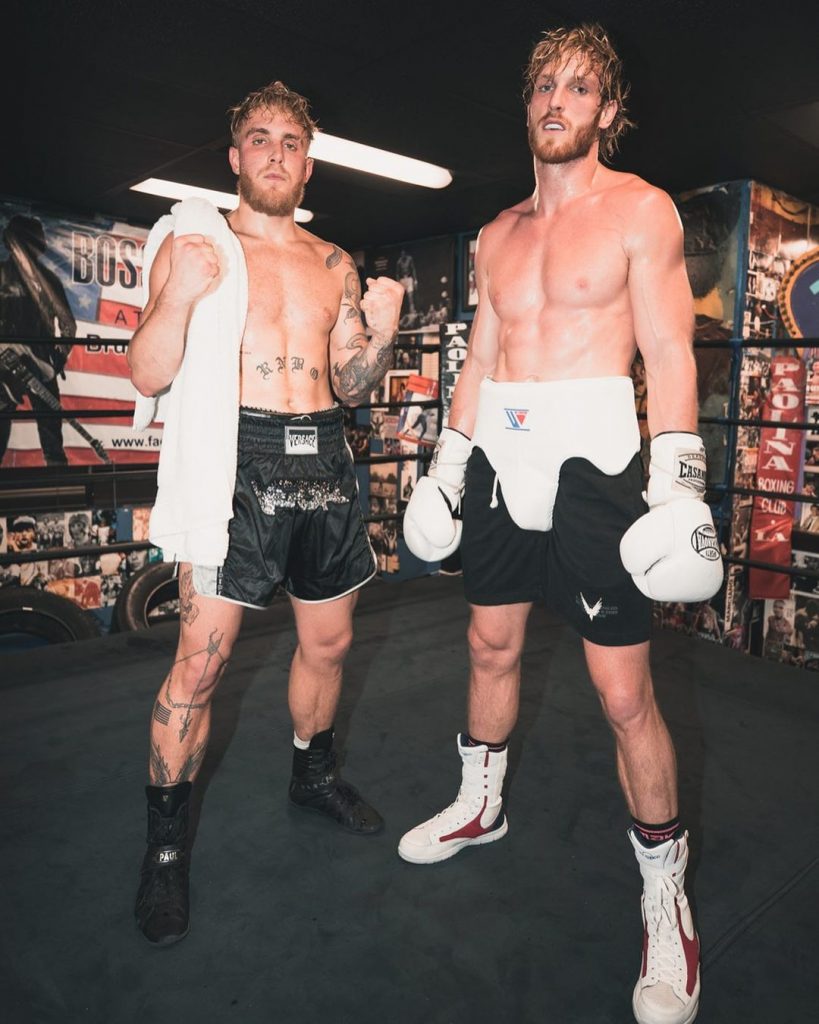 Paul, at 6’2”, will have a definite height advantage over Mayweather at 5’8”. But, Logan’s younger brother, Jake, said his older sibling shouldn’t count on an easy victory just yet.

Jake Paul, a 3-0 fighter himself, pointed out that his brother lost his first and only pro-boxing match last year and is still new to the world of fighting.

“My brother’s f–ked. It’s bad for the sport,” he told TMZ Sports.

Jake went on to say he thinks this fight is “just for clout.”

“I wish him the best of luck. I just like — don’t get in there with a guy who’s never even been knocked out. He’s been knocked down once and it was by accident.” 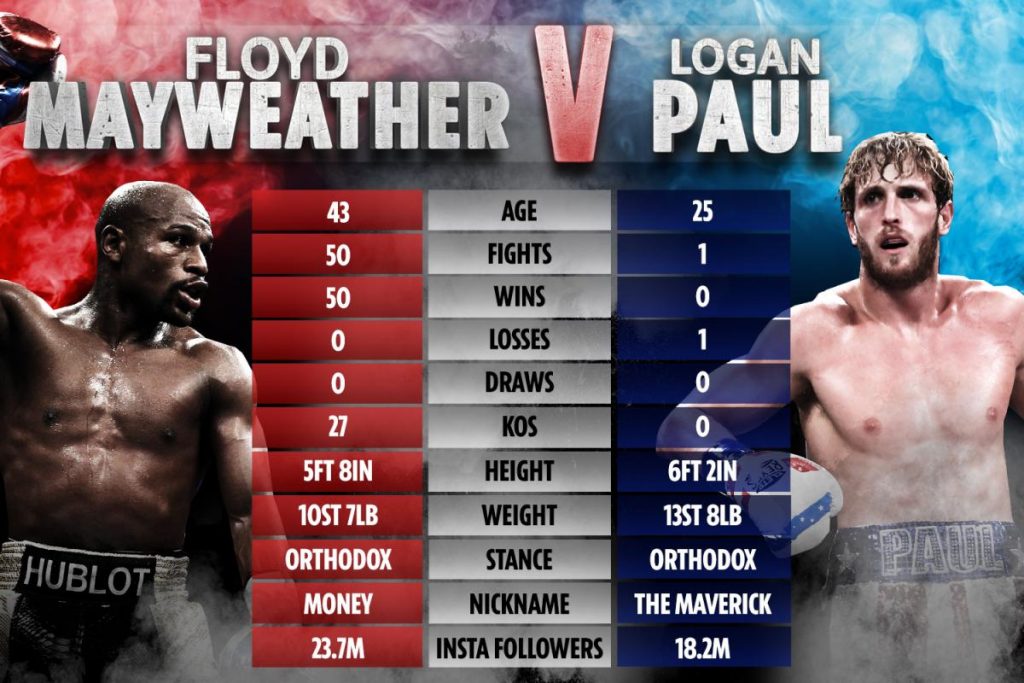 Though the official rules for the match haven’t been announced, Paul revealed the fight will likely feature six three-minute rounds.

There’s a big size discrepancy between Paul and Mayweather — about 50 lbs. and six inches, to be exact — so it’s unlikely the two will be expected to reach the same weight class.

A 30-pound weight gap has been proposed to make the fight fair, with limits of 160 lbs. and 190 lbs. for Mayweather and Paul, respectively.

Whatever the rules might be, it’s clear this exhibition match is shaping up to be one of the most interesting PPV fights yet.

Will you be watching this Floyd Mayweather vs. Logan Paul fight? Drop a comment below and let us know!

Be sure to check out our latest article on Billie Eilish’s new album announcement.