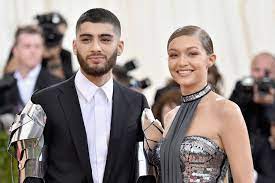 Posted at 01:50h in Celebrities by Jenna Huegel 0 Comments

In a recent interview with Harper’s Bazaar, titled, “Gigi Hadid Is Ready to Play By her Own Rules,” the 26-year-old supermodel gave fans a glance into her everyday life post-pandemic.

New mom, Gigi Hadid, spoke about her fresh perspective on life alongside boyfriend, Zayn,  and 10-month-old daughter, Khai.  She also spoke to how Zayn fits in with Hadid’s family while the two continue strong in their serious relationship.

During the interview, Gigi Hadid mentioned that a lot of her days have been spent on her family farm in Bucks County, Pennsylvania. Yolanda Hadid’s 18th-century stone farmhouse had been a place of refuge for Gigi, her siblings, and their partners during the pandemic.

Harper’s Bazaar added, “Nowadays, Gigi, Zayn, and Khai continue to spend time going on little hikes in the woods or listening to Bollywood music or singing one Arabic nursery rhyme in particular that Khai enjoys. ‘She loves the birds, the animals,’ Gigi says. ‘It’s nice to be outside after a long winter.’”

When they aren’t outside at the farm, chances are the new parents are taking Khai on a fun sightseeing trip!

“The couple have also taken Khai to the Metropolitan Museum of Art and the American Museum of Natural History in New York where Khai stared fixedly at the dinosaur displays with the same wonder she has for, Gigi notes, buildings or cars and other big things.”

When Gigi was asked whether or not Khai would ride horses like her mother, Gigi’s reply was, “Yes. She will one day definitely be on a horse.”

Gigi explained, “At first he was like, ‘How do I get a word in edgewise?’ But now he is very comfortable. He speaks his mind. When he’s in the middle of a family thing and everyone’s like, ‘Zayn, whose side are you on?’ he’s charming,” she said. “He’s usually on my mom’s side,” she added. “So he’s smart in that sense.”

Through a short, but cute mention, Gigi talked about how Zayn has been as a father to Khai.

Gigi said, “Zayn had the idea, he’s like, ‘We should take her to the aquarium.’”  Adding that “Those umbrella-shaped marine animals were Khai’s favorite in real life as well.” Harper’s Bazaar clarified that “It was at home that Zayn took notice of his daughter’s enthusiasm for their television’s screen saver, particularly the jellyfish” which prompted the visit.

The happy new parents have been dating on-and-off for nearly five years and have been going strong since 2019. They now own their own place within a walk away of her mother’s Pennsylvania farm.

What did you think of Gigi’s interview? Drop a comment below and let us know your thoughts!

Be sure to check out our latest article on The Bachelorette Recap: A Challenging Week for Katie