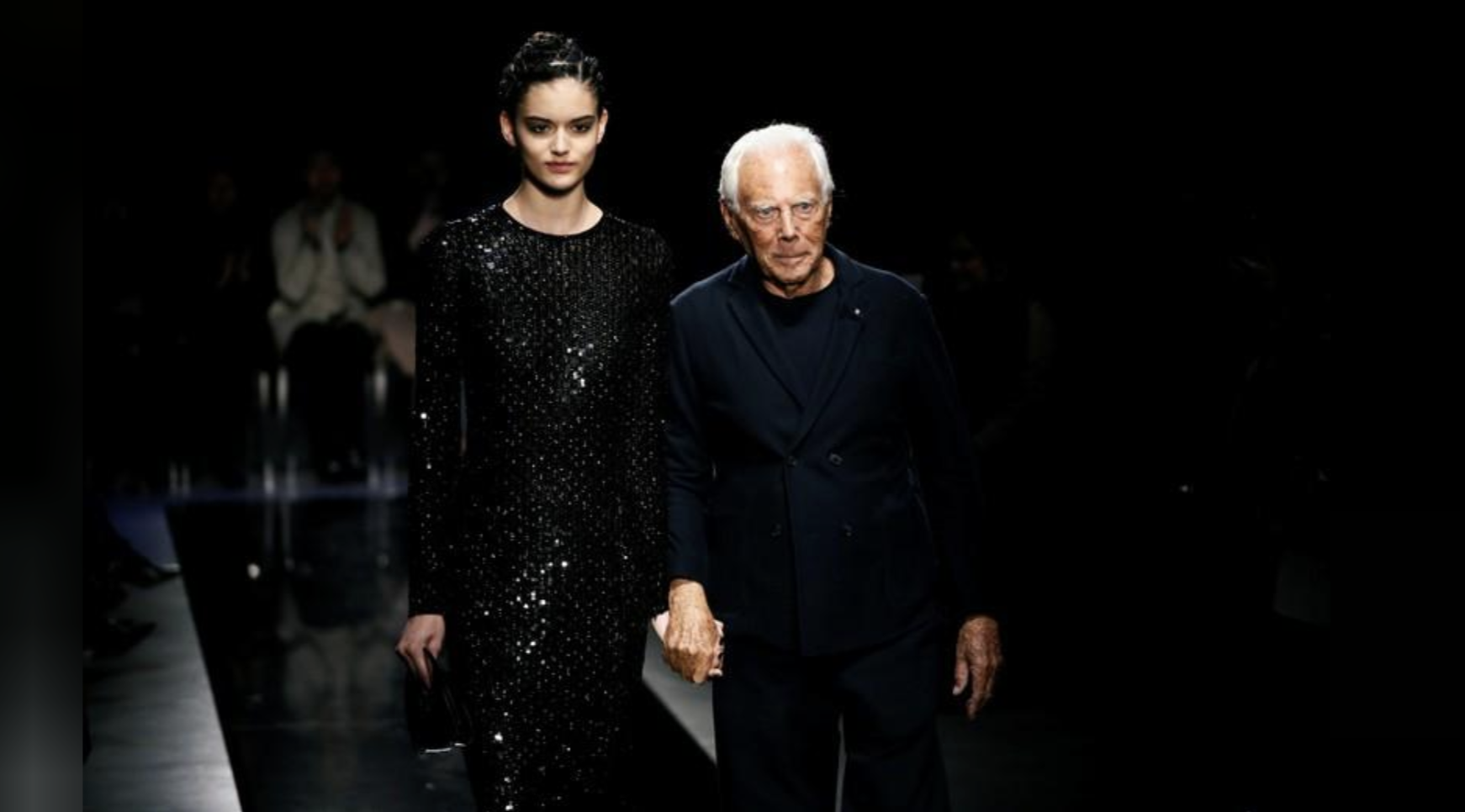 28 Feb Why Giorgio Armani Had An Empty Audience

Posted at 11:26h in Fashion by Gigi Manukyan 0 Comments

With the recent surge of coronavirus in Italy, fashion house Giorgio Armani held its women’s Autumn/Winter 2020 show in Milan without an audience for public health reasons. As of today, the number of reported cases of coronavirus in Italy has climbed to 400—despite international efforts to contain the virus in Europe. Giorgio Armani released a statement this past Sunday explaining to guests not to attend the show and instead announcing that it would be live-streamed on its website and Instagram and Facebook pages.

Dezeen.com reported that, “The Giorgio Armani show was held inside an empty showroom on 23 February at 4:00pm CET, at the close of this year’s Milan Fashion Week, which began on 18 February. The show saw models walk around a raised rectangular runway surrounding a central display that used blue, moving lights to emulate ripples in a pool of water, populated with structures made to look like plants and petal-like forms suspended from the ceiling. Giorgio Armani reinterpreted the grand costumes of literary heroes with a feminine focus for the show, incorporating epaulettes, small jackets with high buttoning and knickerbockers tucked into boots.” All the new fashion was still on display for the world, just in a bit of different platform. A small price to pay to aid in the efforts of preventing further spreading of the coronavirus in Italy.

According to BBC.com: “The rise in Italy, the main focus of infection in Europe, represents a 25% surge in 24 hours. Several European countries announced new cases traced to Italy. Also on Wednesday, the World Health Organization said that for the first time the virus was spreading faster outside China, where it originated. Globally, more than 80,000 people in about 40 countries have been infected with the new coronavirus, which emerged in December. The vast majority remain in China.” That spike to 400 in Italy, from 80 the night before, has opened our eyes to just how quickly this deadly virus can spread.

Outside of Italy, the virus continues to spread throughout Europe as the BBC also reports: “In the past two days, Austria, Croatia, Greece, Norway, Switzerland, Georgia and North Macedonia reported their first coronavirus cases. Many of them involved people who had been to Italy. More cases were also announced in Spain, France and Germany. Ireland postponed Six Nations rugby matches with Italy in Dublin that were to be held on 7 and 8 March. In the UK, where 13 cases have been reported, tests for coronavirus are being increased to include people displaying flu-like symptoms. Outside Europe, Algeria, Brazil and Pakistan also reported their first coronavirus infections. The Brazilian case marked the arrival of the virus in Latin America. In Iran – the main hotspot in the Middle East – a total of 19 deaths and 139 cases have been reported in the past week. The government said on Wednesday it had no plans to quarantine any cities and towns despite fears of a regional epidemic.”

The US has yet to place any preventative plans in action in the case of coronavirus becoming a world pandemic. As of today, the US has already reported 59 cases of coronavirus and that number may be on the rise if the government does not step in. If you want to take your own safety measures, refer to this article from NPR.org, which contains helpful tips on preventing yourself from being infected by this rapidly spreading virus.