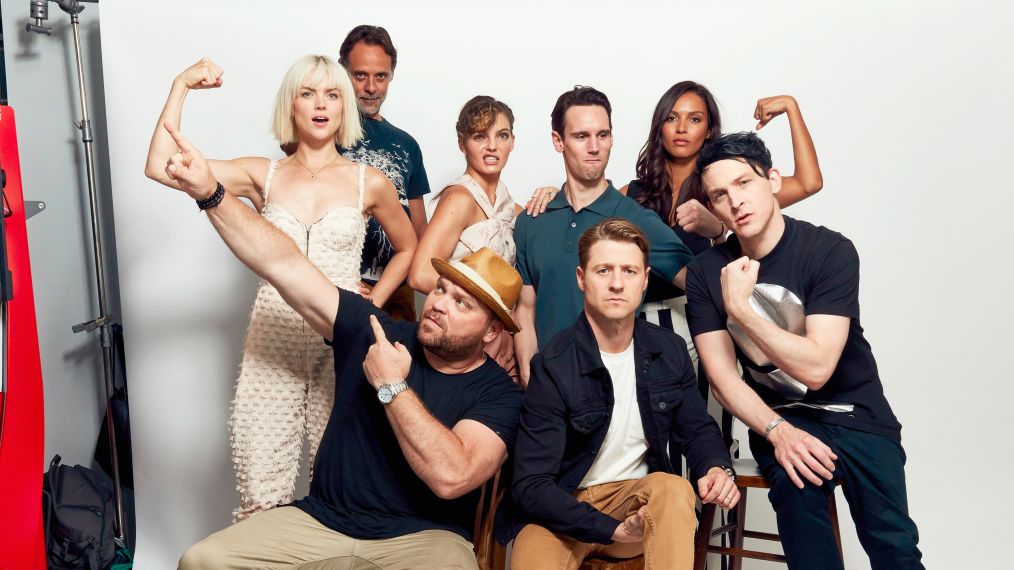 Gotham is Fox’s hit TV show that’s notorious for bringing the origin stories of some of Batman’s most beloved characters to the small screen. This year, the cast of Gotham hit up PaleyFest 2016 in NYC to talk characters and plot twists. However, with less than 10 weeks away til the holidays, we asked the cast for their wish list: who from the comics would you love to see on the show?

Cory Michael Smith who plays Edward Nygma (The Riddler) hinted that he’d love to see more women on the show. “When we were playing around with Jerome, I really wanted Harley Quinn too appear. He added, “selfishly you know the Riddler has Query and Echo — I would love to run into the two women who would one day be Query and Echo. I think that’d be so badass”

Robin Taylor, who plays The Penguin, echoed Smith’s request for Harley Quinn, but he wasn’t alone. Chris Chalk share the same sentiment saying, “I think Harley Quinn would be great on the show… it would add a great element of crazy to the show.” He also noted, it would have to be someone young to play her. He clarified, “Dakota Fanning! She would be a really good young Harley Quinn.”

Chalk also talked adding Deadshot and Lucius mom to the mix. “I think Deadshot should be on the show because he’s young he’s also rich and it would be cool to see him cross paths with a young Bruce Wayne– maybe they have an interaction or something that can hint to the future,” he said. As for his character, Chalk remarked, “or either to just meet more of Lucius, [like] who is Lucius is Mom.”

But some of the cast explained their wish list has already come true. Erin Richards who plays Barbara Gordon says she is grateful for her character. “My character in the comics is barely seen whereas in Gotham we have [her] in a really big role… which I am obviously really grateful.” She explained, “I’m proud of [this character] and I think the great thing about it is that a lot of the characters that we portray are people that people already know. So they kind of expect something from them, but with Barbra nobody really knows who she is so I get to craft that myself with the writers.”

Michael Chiklis agree he likes the opportunity to craft an original character. He says, “what’s amazing about this show that I’m really excited about is that they are able to create new characters and that is kind of what we’re doing with my character.” He adds, “we’re creating a new character that is turning into hopefully, I don’t want to ruin it, I don’t want to spoil anything, something that will live in the DC Comic world going forward.”

Moving forward, Robin Taylor hints on the future of the story. “Well, the fun thing is because we’re a prequel, and you have seen it in this season we’re able to introduce… the parents of like for example Robin his parents were in season 1… it may not be the characters themselves but you get to meet where they came from and who their parents were and it informs a lot about the character.” Well, here is to the holidays