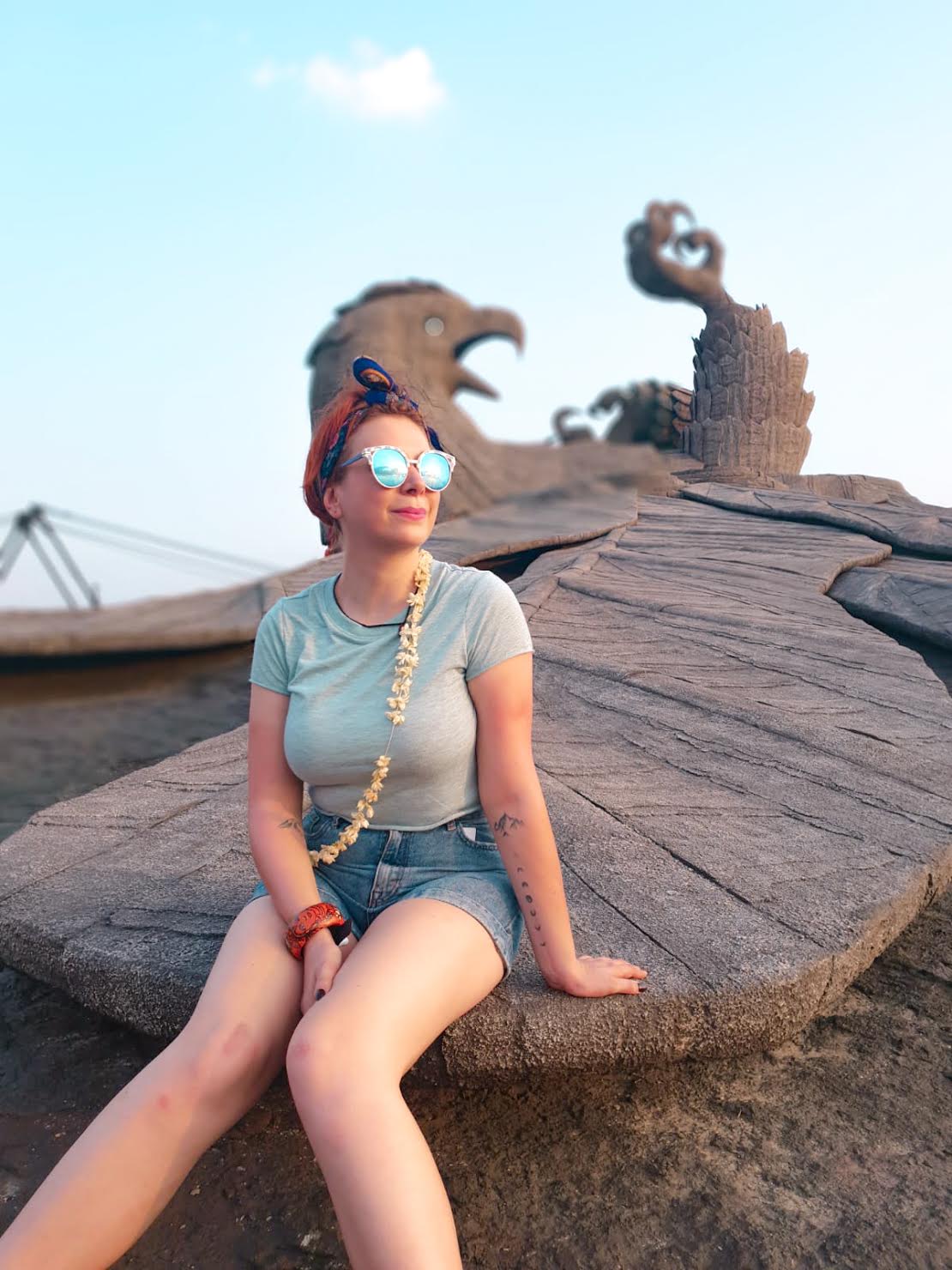 08 Nov A Guide to Kickass Solo Travel With Alice Nettleingham

Posted at 14:38h in Lifestyle, Travel by Gigi Manukyan 0 Comments

I’ve read A LOT of travel blogs, but none has captivated me like Teacake Travels has. Alice Nettleingham is the bad ass behind Teacake Travels, the travel blog she started back in 2015. What differentiates Alice from other travel bloggers is her no barriers approach to writing. Her blog shows how travel is not just taking bikini pics on a Thai beach during golden hour. There are extremely difficult days, too.  I had the opportunity to *virtually* sit-down with Alice and pick her brain at being a badass feminist world traveler. 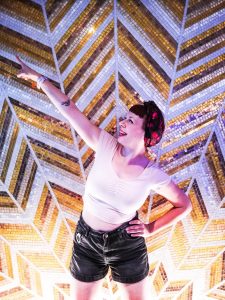 We started the conversation off with Alice’s new upcoming coaching project, Anxious to Adventurous. Before deciding to take the plunge to travel the world, Alice was a psychologist. After quitting her job to teach English in South Korea, she didn’t think she’d go back into psychology. After her travel blog took off, she began to receive emails from women seeking travel advice. “I constantly get emails from women, who are so anxious to travel, but can’t because they are so anxious. I want to take women to destinations as a first step.” This gave Alice the idea to incorporate her work as a psychologist into her passion for travel by taking women to locations outside their comfort zone. “Where can I take my girls that’s challenging but still digestible? So obviously I’m thinking India or Pakistan” she chuckled as she relayed her plan.

Speaking of India and Pakistan, the conversation shifted to visiting countries that are not deemed “safe” by the mainstream media. Earlier this year, Alice visited India and Pakistan a few weeks apart. India and Pakistan continuously top “world’s unsafest countries” list. While there are valid concerns, Alice argues that safety concerns encompass the female experience in general. “We’re women. We even have to think about our safety in our own backyard. I really do believe the world is our oyster and we should explore it. My decision to go to both India and Pakistan was an educated one that I went with people whom I trusted.” Safety is a serious concern anywhere, regardless of location. 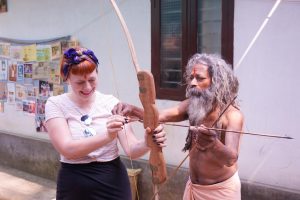 In regards to safety, Alice recalls being attacked in India. While assault is a traumatizing experience, for Alice, “it made me feel stronger and more compassionate. This guy clearly doesn’t understand the worth of a woman. He completely disrespected my power, but I’m at peace with it. It’s just one dude, who isn’t  educated, and it doesn’t represent the country. It’s made me more grateful for life.” This is an important message: shitty individuals should not represent a whole country. However, the concept of traveling morally can be tricky, and a double edged sword at times. Re 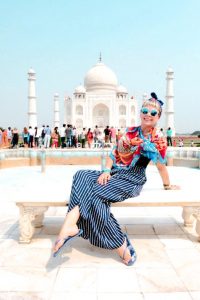 ferencing influencers traveling to Saudi Arabia, Alice understands both sides of the argument (like a true Libran). “I’m not strongly swayed one way or another. We all live in a bubble and things might seem weird or unusual to us when there’s another way of doing things. However, once we start talking about women’s rights or human rights violations, like beheadings and forced abortions, that’s when I start to question if I want to visit. On the other hand, I want to go and talk to these women in this culture. I want to hear about their aspirations and dreams,. I want to portray that to the world, but I also don’t want to fund an abusive government.” Alice stresses the importance of balance. “I think the key issue is balancing how you’re promoting and traveling the country. If I can go to the country with the freedom to write what I want and connect with locals, then I would; however, if I was restricted on what I can say then I would question if I want to work in that particular partnership.”

Now there are good days on the road as well. Alice has lived abroad teaching English in South Korea and China, including short stays in Thailand (where I first met her), Vietnam, and Taiwan. Moving from the UK to Asia was a unique exper 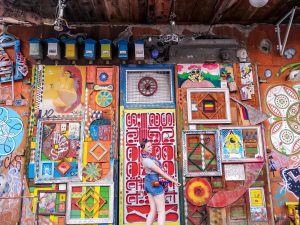 ience for Alice. Concerning standing out, “I felt out of place all the time and that was the thrill of it. That’s the reason I decided on South Korea. How I chose it is even more mental. Some guy who was going to teach there asked if I had heard of South Korea and that’s how I decided to give it a shot.” While South Korea was Alice’s first experience abroad, it was her experience living in China that made her “realize the true power of a woman.” She discovered burlesque in Shanghai and began doing it as a side job. I want to stress here the importance of travel. By leaving her comfort zone and job security, Alice was able to discover more about herself. 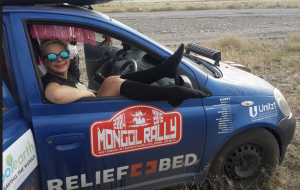 “The Mongol Rally was the most psychologically challenging and mental thing of my life.” The Mongol Rally it’s not so much a race but testing your survival instincts. The whole point is to drive from the UK to Mongolia in a junk car, and fundraise for a good cause simultaneously. Although driving in a car for long hours at a time doesn’t strike the average person as dangerous, it’s where you’re driving. Corrupt border officers, underdeveloped roads, and constant car issues through countries run by dictators make up the fear factor. Is this something I would advise inexperienced travelers? No. Have people died taking part in this? Yes. Is this on my bucket list? Absolutely.

“We drove through Kazakhstan on the nuttiest roads with the craziest drivers and we’d have to overtake someone on the road. So my mate sitting in the back seat would stick her head out of the window and just yell out when to go. I’d have to trust her completely because I could not see. Then I’d swerve and overtake, praying not to crash.” That’s not even the worst of it. “There were some days we were driving 18 or 19 hours straight because some visas would only allow you to enter on a certain day. Sometimes we would not enter borders when we would expect to. Expect the unexpected and deal with it.” After the race, she was even hospitalized in Ulan-Ude, Russia “with old Russian grandmas that spoke no English. That was definitely an 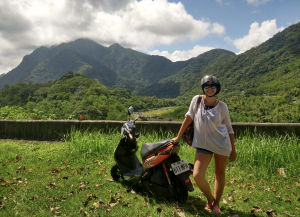 If you’re still interested in the Mongol Rally, Alice advises to plan ahead, save up a fair enough of money, and have a teammate with mechanical experience. These were some of my favorite stories from our conversation, and there are many more on her blog, you can read here.

On a final note: “Remember the ones that love you the most will try to stop you the most. Have the courage and assertiveness to go against that. Plan but also be completely open to the elements because it’s usually when you do go against the plan it’s the most rewarding experience.”