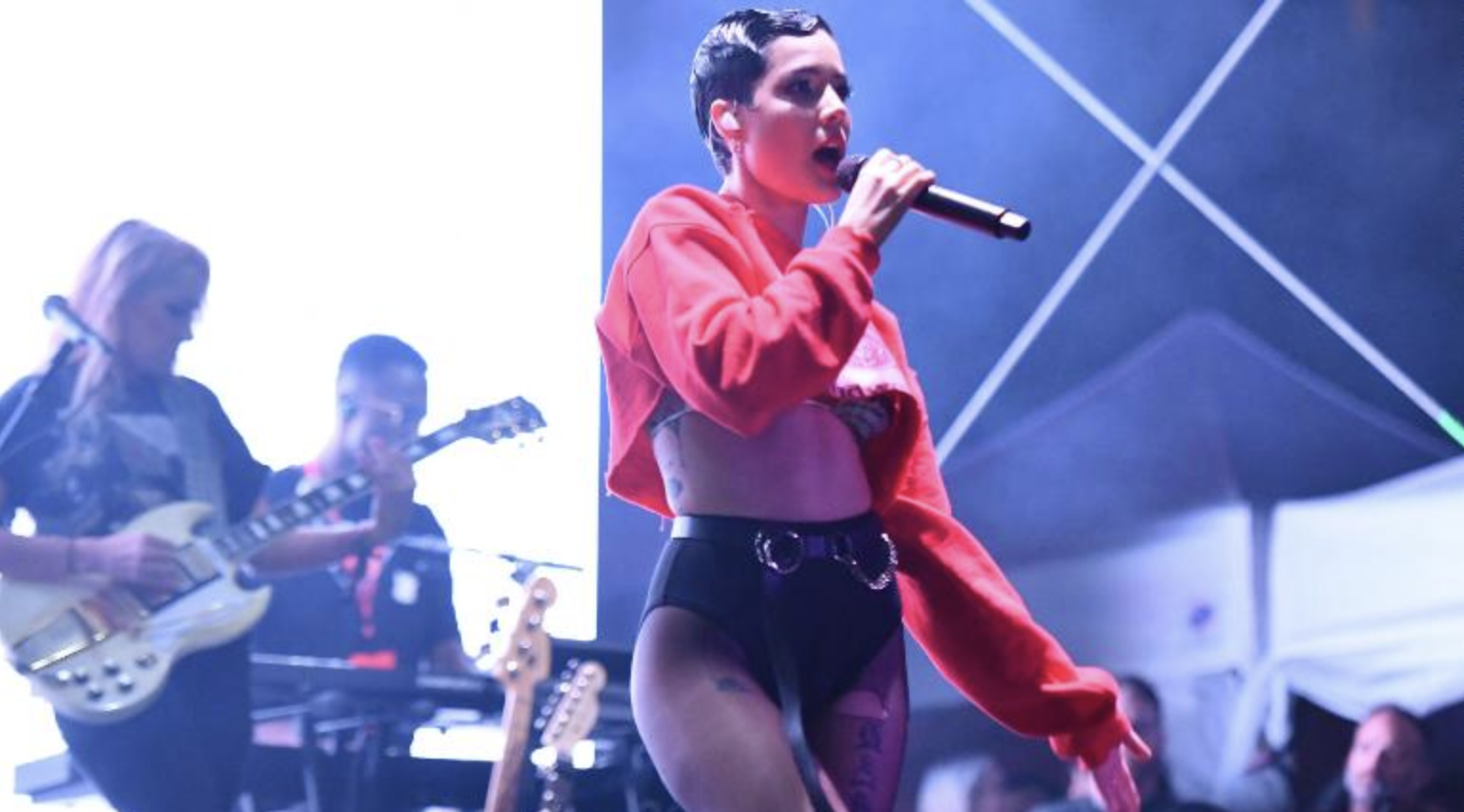 Halsey Claps Back At Haters

During Halsey’s performance at the pre-Super Bowl concert in Miami, someone in the audience repeatedly yelled “G-Eazy” at the singer. The rapper G-Eazy is Halsey’s ex-boyfriend. The couple split in 2018, but obviously some people are still hung up on them. Halsey, who’s real name is Ashley Frangipane, was not going to put up with this taunting.

Halsey’s response to the heckling while on stage was “If you say G-Eazy one more f***ing time, I will kick you outside this party. I will kick your f***ing ass out this party, test me. F***ing test me.” This is only the first time Halsey addressed the haters this past weekend.

On Sunday, the day after her performance, Halsey posted a picture on Instagram where she is being held up in the air with the caption “She’s flying.” It did not take long after the post for more haters to flood her comments saying “G-Eazy.” Another taunt did not stop Halsey from commenting back.

She responded, “I see y’all in the comments. And I know you think you’re funny. You’re at home on your iPhone and I’m not a real human being to you,” she wrote. “I hope to God you never have to experience an abusive relationship. And if you do, I hope the world is kinder to you than you are to me.” With a heart emoji at the end.

On her Instagram story on Sunday, Halsey addressed the haters once more. She told her fans not to put up with disrespect in the name of being nice. The singer is definitely not putting up with her own haters and disrespect from them, so more power to her.