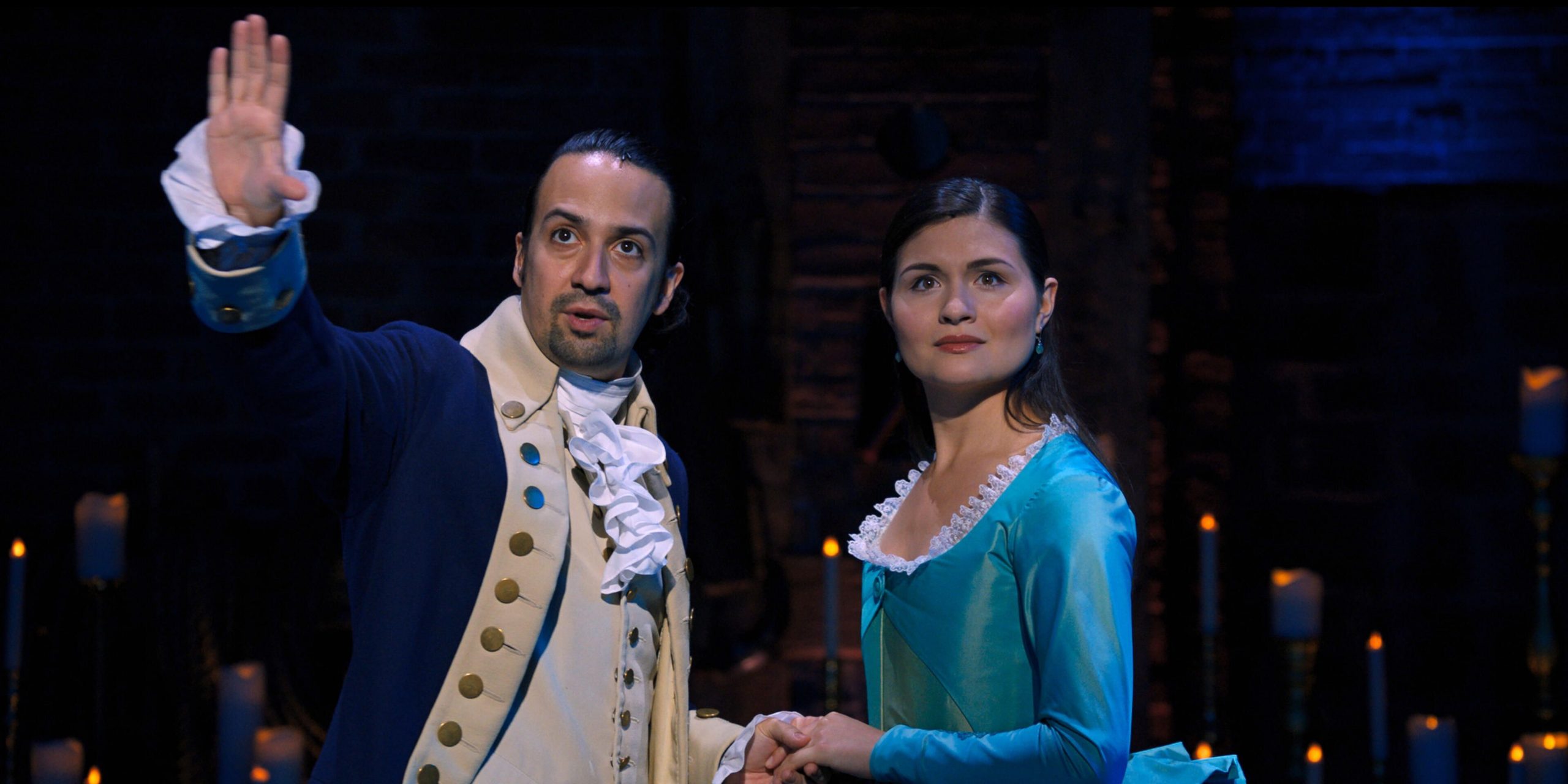 11 Jul Hamilton: A Review of the Disney+ Film

Posted at 07:00h in Film by Kathryn Starnes 0 Comments

But, having a film on Disney+ is not one of them.

Since 2015, Hamilton has been one of the most recognized musicals for those who frequent Broadway and those who don’t know what a curtain call is.

Lin-Manuel Miranda is the musical genius behind Hamilton: An American Musical, or simply Hamilton. The show focuses on the life of the Founding Father on the ten dollar bill and is inspired by the 2004 biography Alexander Hamilton by Ron Chernow. The show’s music draws heavily from hip hop, as well as R&B, pop, soul, and traditional-style show tunes. Also, the show casts POC actors as the Founding Fathers and other historical figures. It has received critical acclaim and getting tickets was like rocket science.

And now it is available for all to watch on Disney’s streaming service.

I had the opportunity to see Hamilton on Broadway in 2017. Though I had basically memorized the soundtrack prior, seeing the show live brought tears to my eyes. The cast brought so much more life and passion to their roles than I could ever imagine. Now, this wasn’t the original cast but that never mattered to me. 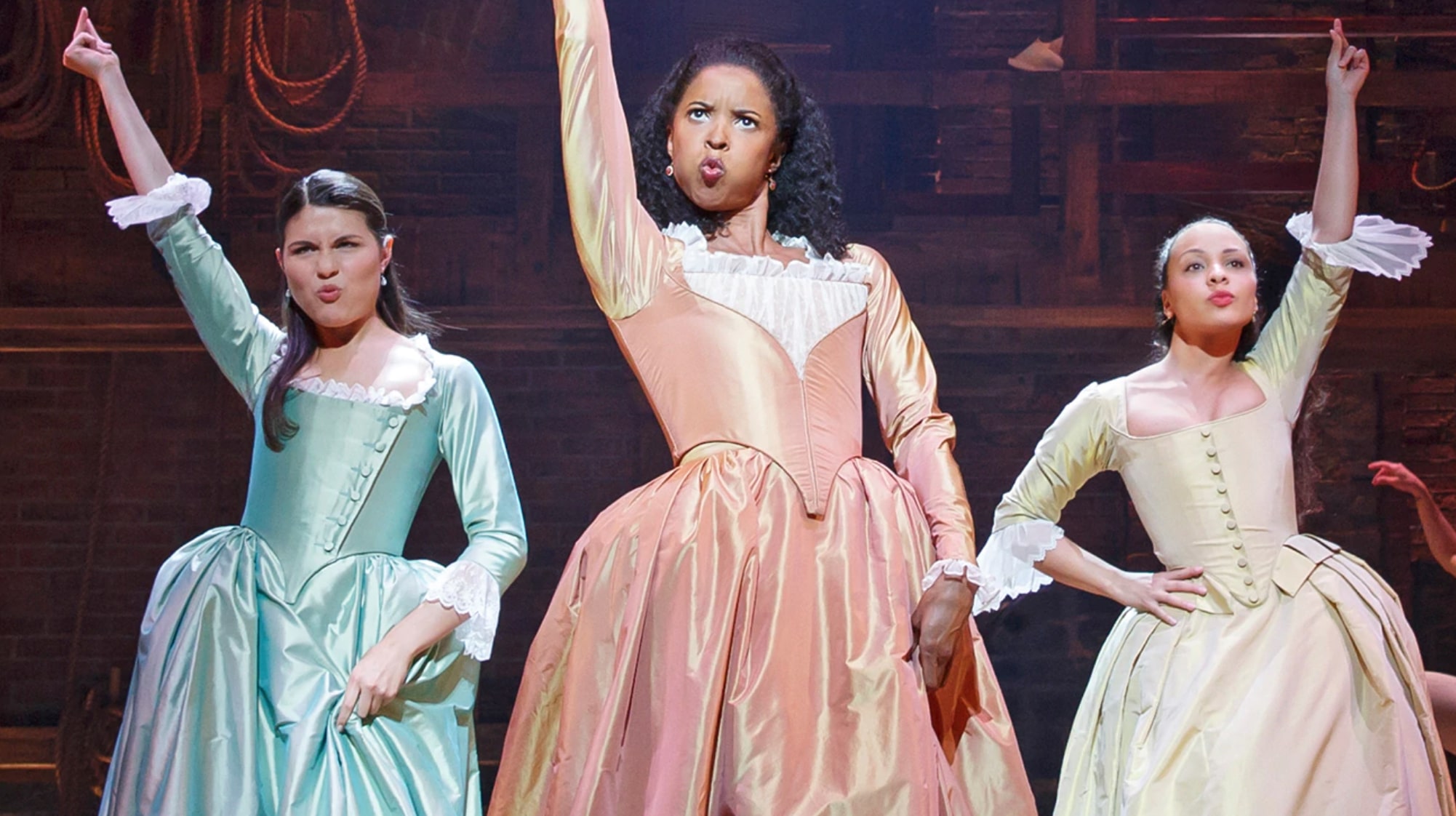 Of course, that doesn’t mean that I wasn’t thrilled with the idea of seeing the original cast in this Disney-owned film.

Since this was a live recording of a stage play, there wasn’t a huge variety of angles or camera movements. There isn’t much a camera crew can do without getting in the audience’s or the cast’s way. As a film student, there were moments that I wish the camera angle was different or that they were able to capture reaction shots. Yet, I knew that they were limited and simply enjoyed what was shown.

The quality of sound is amazing. If you’ve listened to the soundtrack, then you’ll love hearing this cast’s voice again. There’s more raw emotion and imperfect notes. They sound real. And paired with being able to see the expressions can draw tears from the viewer.

The acting was phenomenal. Each actor pours their heart and soul into portraying their character. Even if the focus isn’t on them, you can see that they never stop being that character. As expected, King George, portrayed by Jonathan Groff, stole the entire show. He was larger than life and commanded even the lighting crew.

Now, I do want to discuss a couple critiques surrounding the play.

Lin-Manuel Miranda has addressed this many times in interviews. He also mentions it in the Hamiltome (the book about the making of the musical). But, it’s very clear to see even if you don’t know the exact details of Hamilton’s life that the show isn’t fully accurate. For one thing, most of the cast is POC, including George Washington, Thomas Jefferson, and James Madison. I don’t know about anyone else, but Hamilton’s appeal was not how spot on its telling of the Founding Fathers’ story. 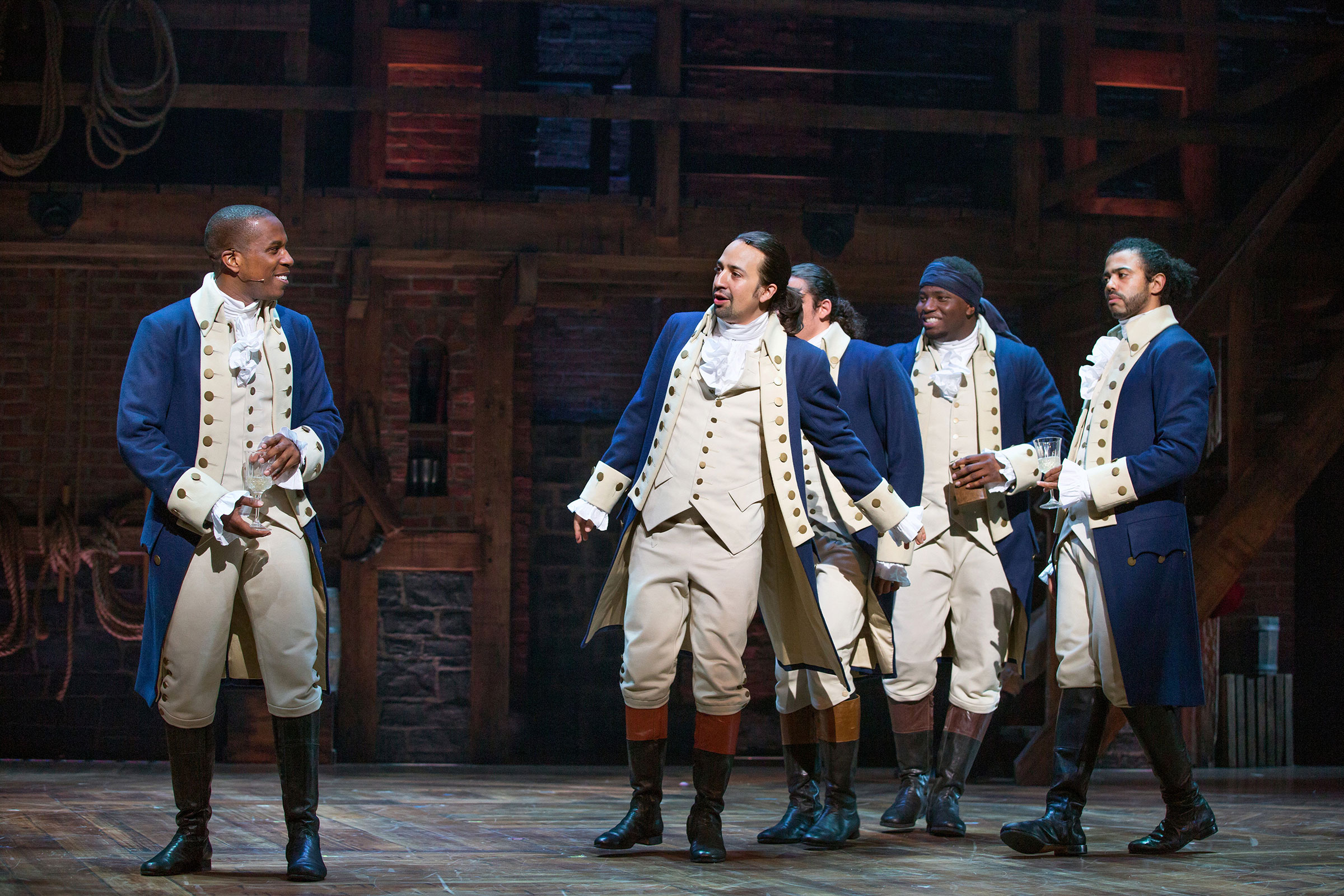 The show itself doesn’t send the message that slave owners, like Washington and Jefferson, were good people. In fact, it both subtly and not discussed the “all these people were horrible and had slaves” issue. When Jefferson first comes on stage and sings, “looking at the rolling fields, I can’t believe that we are free”, he is surrounded by his slaves. When Hamilton insults Jefferson by alluding to the fact that the latter is a slave-owner, you can see Washington getting insulted as well. However, this is the only moment when Hamilton really says anything about slavery, just like how in life, he never really spoke up about it.

Hamilton doesn’t have the intention of walking the viewer through history and outright telling you that these people weren’t all good. We should already know this. But, it doesn’t ignore that fact.

As a black woman, I don’t like the Founding Fathers one bit. But, as a black woman, I loved seeing so many black and brown faces on that stage. I will say that it’s a strange choice to only have King George, the villain, always casted as white. But, at the same time, I’ve seen so many films where the only POC actor(s) are the villain or background characters.

I don’t separate the show characters from their real life counterparts. They’re still not good people. But, what I like about Hamilton is the creativity and the artistry that went into its creation.

If you can, I would highly recommend watching the film.