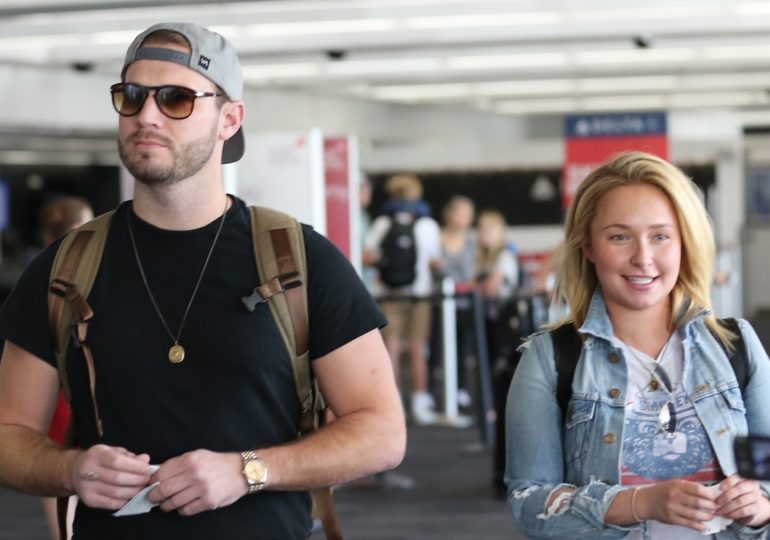 Hayden Panettiere’s boyfriend, Brian Hickerson, was arrested for alleged domestic violence on Friday morning. The Teton County Sheriff’s Office responded to a call around 2 a.m. on Friday to a private residence in Jackson, Wyoming. It is unclear who made the call, but whoever it was reported that Hickerson was locked out for hitting his girlfriend.

When police arrived, Hickerson was outside on the driveway, locked out of the home that Hayden was inside of. According to FOX, Officers allegedly said that Hayden’s face was red, swollen, and Hickerson hit her “with a closed fist on the right side of her face.” She also reportedly had injuries on her left hand, which she thought came from Hickerson’s watch, TMZ reported.

Hickerson avoided the officer’s questions on whether or not he hit Hayden and allegedly refused to identify himself. He also said that with a private chef in the home, it wouldn’t be possible. However, the chef told police that while he left before any violence happened, he did hear the couple in a heated argument.

According to TMZ, Hayden told authorities that the couple was in the bedroom when Hickerson allegedly started getting violent by punching her and throwing her around. The Sheriff’s office said that Hickerson was charged with two misdemeanors: domestic battery and interference with a peace officer.

Hayden and Hickerson started dating during the summer of 2018, shortly after Hayden’s divorce with Wladimir Klitschko. Hayden and Klitschko have a 5-year-old daughter Kaya, who lives in Ukraine with her father.

Hayden and Hickerson have been on and off a few times. Hickerson was arrested last March for allegedly physically fighting with Hayden again, though the couple got back together in November. The March altercation got Hickerson in trouble with the law, who was ordered to remain 100 yards away from Hayden. The case was eventually dismissed. As for this arrest, Hickerson was released on bond.