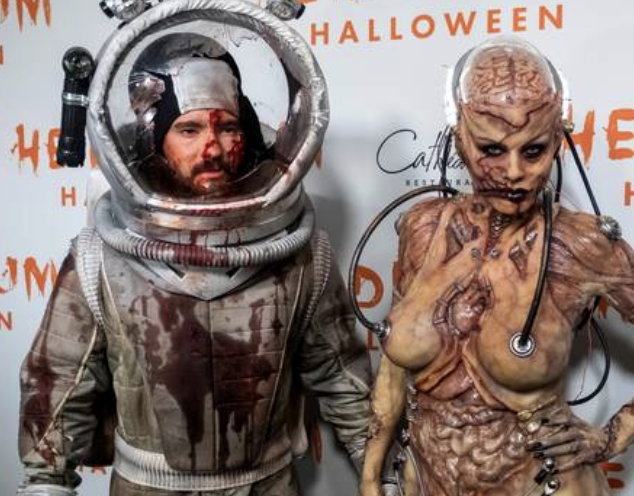 Posted at 00:44h in Celebrities by Gigi Manukyan 0 Comments

Supermodel Heidi Klum is known not only for her modeling career but also her ability to complete transform! Every year she throws a big Halloween Bash where she is able to present her illustrious costumes. Here is a Top 5 picks of what I believe are Klum’s most elaborate creations.

Have you ever thought about being old for Halloween? Well Klum did! Prosthetic artists spray painted veins on her legs, pasted wrinkly skin all over her neck, and added a bald cap to have her wear a grey headed wig. In the end, she could have looked like her own grandmother in her 80s! 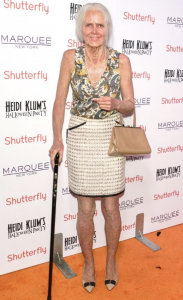 A lot of people dress up as cartoon characters but Heidi Klum wins the prize! Dressed as the iconic Jessica Rabbit. Klum went through extensive prosthetics, glue, add-ons, wigs, and make-up to bring the cartoon to life. The final result? An accurate representation of Jessica Rabbit, voluptuous curves and all. This costume made Klum unrecognizable and definitely gained a spot on our list. 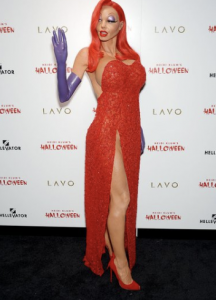 Red dress? How about green skin! In 2018, Klum transformed into Fiona from Shrek. Just as with Jessica Rabbit, Klum added heavy prosthetics and makeup to perfect the look. With her her boyfriend at the time, Tom Kaulitz, joined her as Shrek, making for the perfect couple’s costume. 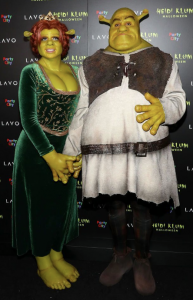 How about Klum dressing up as an animal? She, along with ex-husband, Seal, matches as apes from Planet of the Apes. Being able to sustain not only make-up, but fake hair definitely deserves a spot on the list. 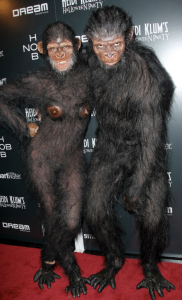 When you think of Michael Jackson’s “Thriller” what comes to mind? The iconic dance moves? Vincent Price’s rap? The King of Pop’s zombie make-up? How about Klum as  Michael Jackson as a werewolf in the famous music video. She was even able to get her friends as dress up as the zombies! 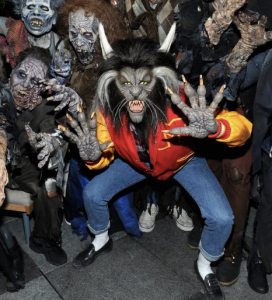 When it comes to slaying Halloween, Klum never disappoints!