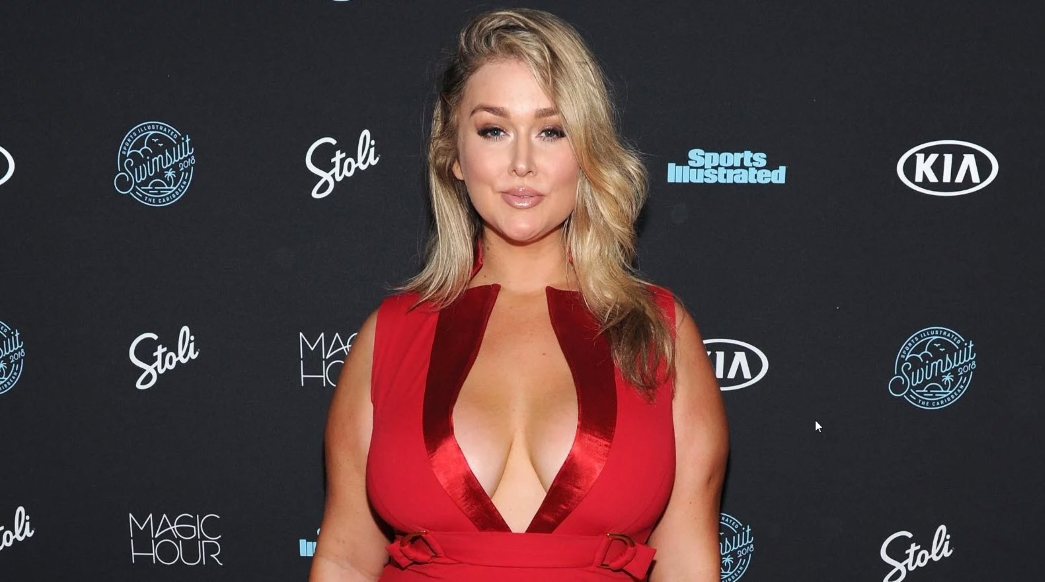 Recognized as Sports Illustrated’s “curviest model ever,” Hunter McGrady is a force to be reckoned with. Regarding her new title, McGrady is quite fond of it. “It’s a title I will always hold near and dear to my heart.  I would have loved to have seen models that looked like me growing up and so the fact that I get to be a part of that for the next generation is huge.” In an industry notorious for its lack of diversity, she’s one of the next generation of models disrupting the status quo—particularly, the size quo.

Sizes 0 and 00 have been the standard industry size since Nicole Miller unofficially invented it, which means these ridiculous sizes are only a couple decades old. While major European fashion houses would’ve gawked at “average-sized” models on the runway, the status quo is changing. During 2019 NYFW, 11 Honoré​ made its runway debut, opening the week with a size-inclusive show. The revolutionary moment came with LaVerne Cox closing the show in a berry-colored Zac Posen number—signaling the movement towards body positivity. McGrady, who walked the runway during last year’s NYFW, shared her thoughts on this new phenomenon. “I think we are getting there, slowly but surely.” However, she did point out the reservations of these major fashion houses with fully emerging into the plus-size market.

“I think that a lot of brands are afraid to make the change, because it’s uncomfortable for them, McGrady comments, “They aren’t used to it and so it scares them. However, as a result, they are not catering to 72% of America. The demand highly outweighs the supply currently.”

Luckily, the market has not been generous to companies who fail to adapt to these new shifts. Victoria’s Secret is one such fashion brand whose sales have faltered because of their own failure to keep up with the times. Not to mention, their notorious remarks on trans and plus-sized models have only further plummeted their stock value. By November 2019, sales fell 6%, which led the company to lay off 15% of its employees. “I think the decline of any brand that isn’t being inclusive is a huge wake-up call for them. It’s 2020, it’s so silly to not offer all size ranges.” Dear brands, by limiting your size options, you are limiting revenue from more possible consumers, which in part, results in your business failing.

While Victoria’s Secret had to cancel their iconic holiday runway show, Rihanna’s Savage X Fenty has skyrocketed—one can argue, she single-handedly killed Victoria Secret’s business. Granted this is the same woman behind the 40 shade range launch, which revolutionized the standards consumers have for makeup brands, she is killer [literally] competition. To promote her all-inclusive lingerie line, Rihanna enlisted influencers, models, creators of all backgrounds as brand ambassadors, like Hunter McGrady. Through the likes of Instagram and Youtube, these brand ambassadors bombarded the internet with inclusivity, diversity, and body positivity—bringing a voice to communities that the fashion world historically ignored. For the first time, affordable and sexy lingerie was available for women of all sizes. Now, being “sexy” isn’t just reserved for the thin woman.

Brands who couldn’t scramble to meet the standards Savage X Fenty set and these brand ambassadors influence, were soon forgotten. It comes at no surprise that Rihanna is one of McGrady’s “biggest role models.”

“She is truly being inclusive, her runway shows make me sob EVERYTIME because not only is someone like myself represented but so are so many other types of people. She is loud and proud about the importance of representation and that is and will always be so inspiring to me.”

While body positive models are being brought into the mainstream, there is a lot of backlash to the movement—particularly with determining the health of the model by the size of her waist. Promoting the normalization of obesity and downplaying the medical risks associated with being heavier have been the accusations of those individuals who are uncomfortable with women whose bodies are not their personal preference of beauty ideality. However, this same energy of coming after those “promoting unhealthy lifestyles” is not extended to models who are starving themselves and eating cotton balls to stay thin. It’s only when the model is not standard industry thin that her health is questioned. McGrady is no stranger to these criticisms, telling Allure that she, “prays for her haters.” Speaking at this year’s #blogher20health, she describes how she counter the haters. She’s kickstarted a body-positivity campaign online with called #AllWorthy. She’s additionally started a fitness movement for women of all sizes with her BabeBody classes—so for the haters, size is not an instant indicator for health.

What’s in store for Hunter McGrady this 2020?  “I have a project I am launching in April, which I can’t speak on at the moment but just know it will be epic. I would love to collab with Rihanna one day! As a matter of fact it is on my vision board!” Beauty and fashion are constantly changing, and for the first time, diversity and inclusivity are determinants of a brand’s success. Instead of going after women like Hunter McGrady, change your brand strategy to include women of all shapes, colors, and backgrounds.