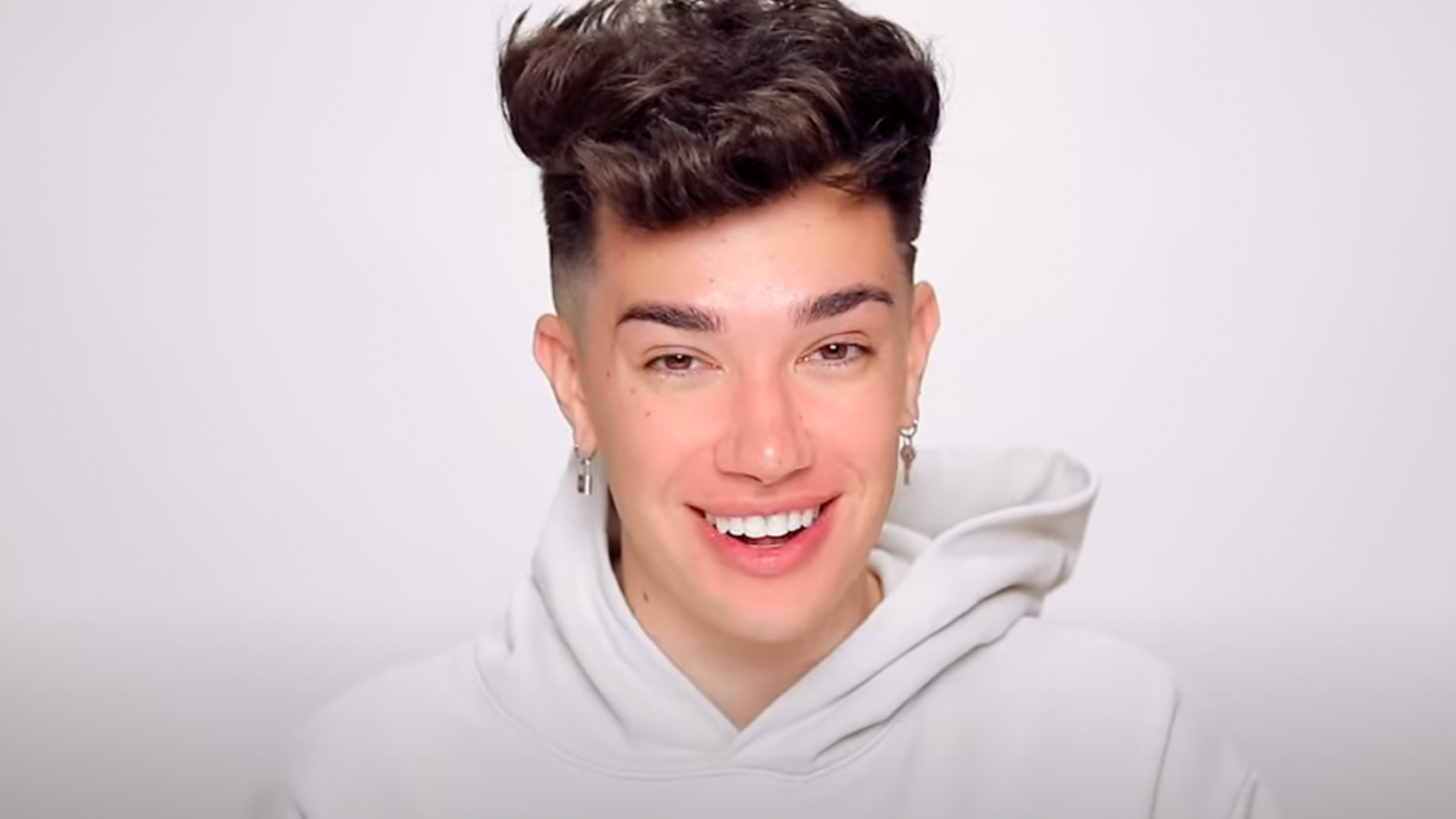 Posted at 01:43h in Celebrities by Vanessa Campbell 0 Comments

Controversial YouTube star and makeup guru James Charles has made headlines once again. This time, not for positive reasons.

It has been alleged that he was soliciting sexually inappropriate messages from a 16-year-old fan. A video made by the teen has gone viral on the internet. For his part, James Charles has denied all knowledge of knowing that he was talking to a minor.

James Charles, a beauty YouTuber with 25 million subscribers has released a statement denying that he “groomed” a TikTok user who said he is 16.

On Friday, a 16-year-old TikTok user named Isaiyah shared photos and text screenshots that they claimed were evidence 21-year-old Charles had engaged in behavior consistent with sexual relationship grooming.

The alleged victim, who goes by the name Redzai on TikTok, shared his story in a video that allegedly contained a censored version of nude photos Charles purportedly sent him. He also included messages in which Charles allegedly asked for photos in return.

The video was eventually removed from Twitter for violating the social media site’s guideline that bans posts involving the non-consensual nudity of other people.

Redzai, who goes by Isaiyah on Twitter, shared “proof” that his TikTok bio said he was 16 at the time Charles contacted him. 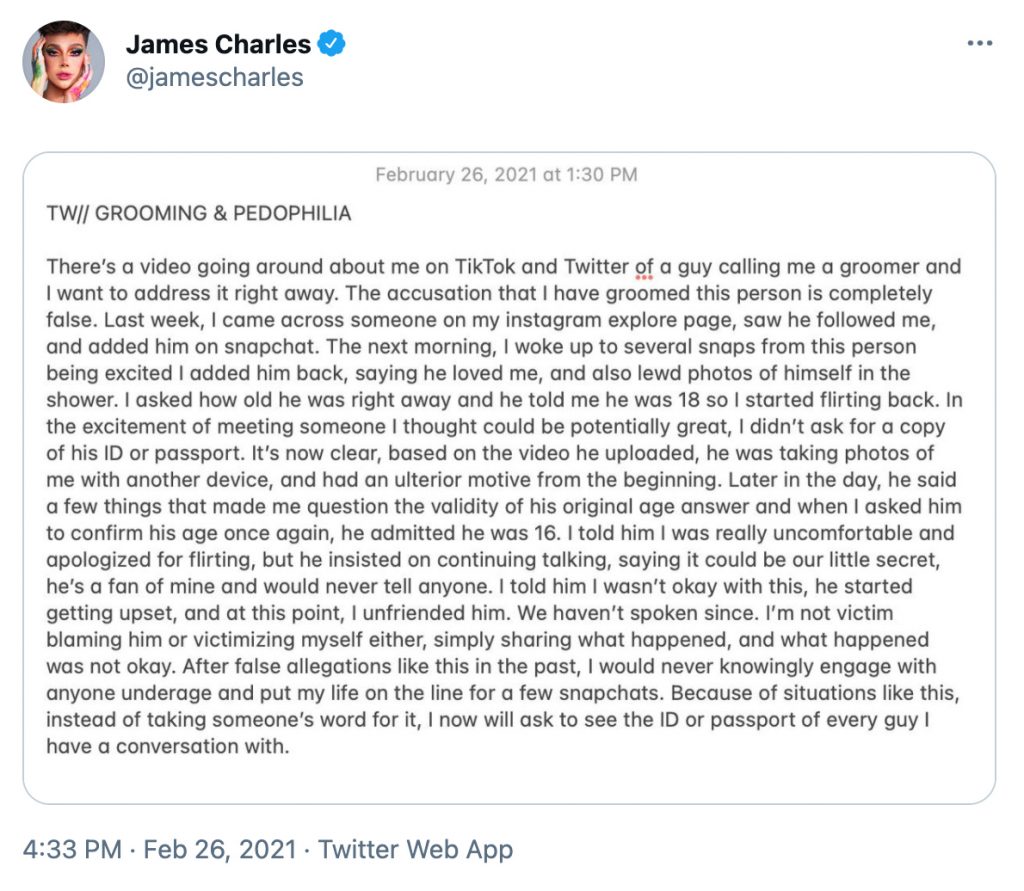 In a statement on Feb. 26, Charles confirmed that he found the TikTok user on Instagram and then added him on Snapchat. However, he claimed the alleged victim sent him “lewd photos of himself in the shower” and claimed to be 18. It was only then that James “started flirting back.”

Charles said in his statement that the alleged victim “had an ulterior motive form the beginning,” and said that he unfriended Redzai after learning that he was only 16.

“Because of situations like this, instead of taking someone’s word for it, I will now ask to see the ID or passport of every guy I have a conversation with,” Charles said.

“There’s a video going around about me on TikTok and Twitter of a guy calling me a groomer and I want to address it right away,” he began. “The accusation that I have groomed this person is completely false. Last week, I came across someone on my Instagram explore page, saw he followed me, and added him on snapchat. The next morning, I woke up to several snaps from this person being excited I added him back, saying he loved me, and also lewd photos of himself in the shower.”

Charles continued: “I asked how old he was right away and he told me he was 18 so I started flirting back. In the excitement of meeting someone I thought could be potentially great, I didn’t ask for a copy of his ID or passport.”

What do you think of James Charles being under fire again? Drop a comment below and let us know!

Be sure to check out our latest article on Where to Get the Look From This Week’s TikTok Trends!