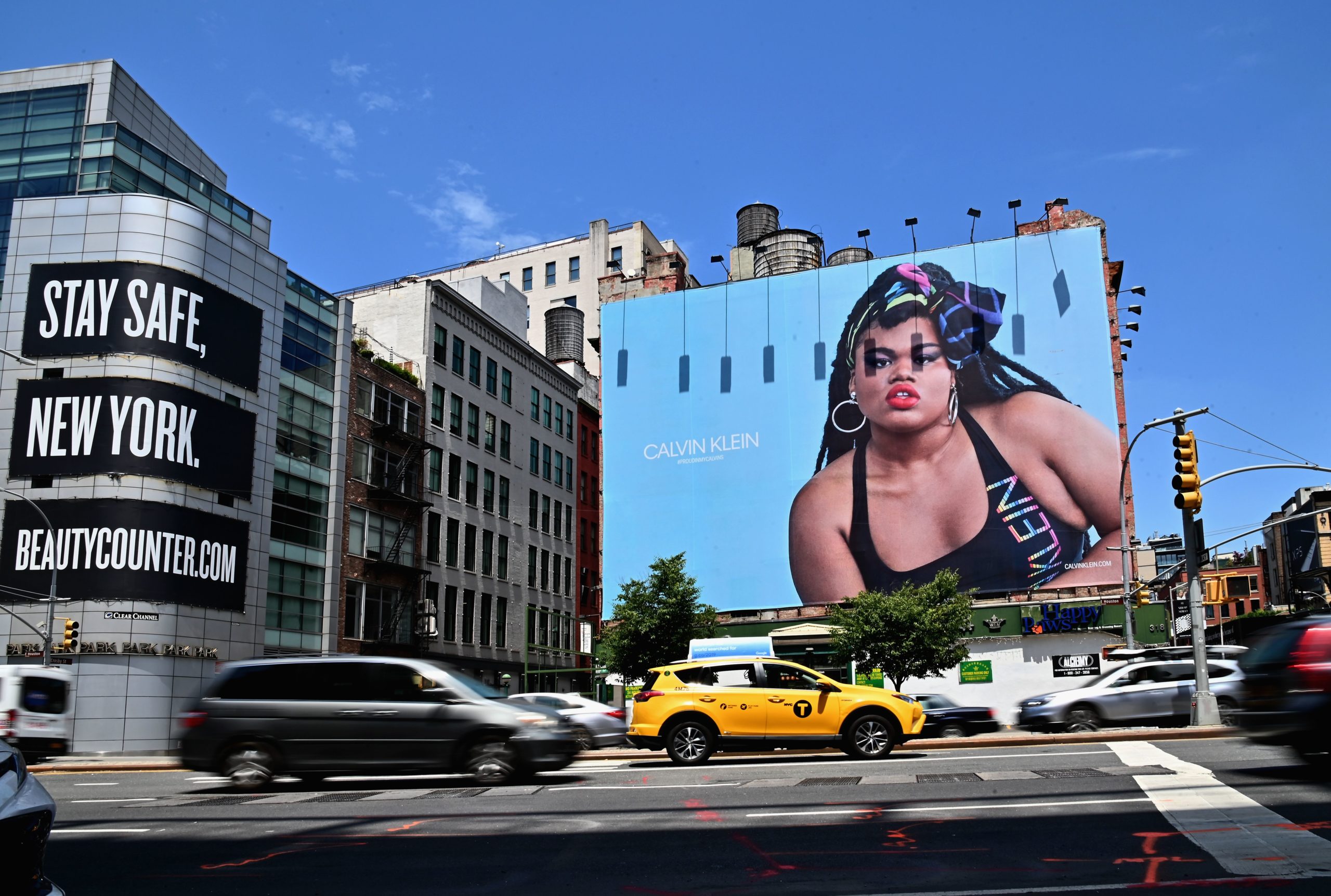 Posted at 07:00h in Celebrities, Fashion by Kathryn Starnes 1 Comment 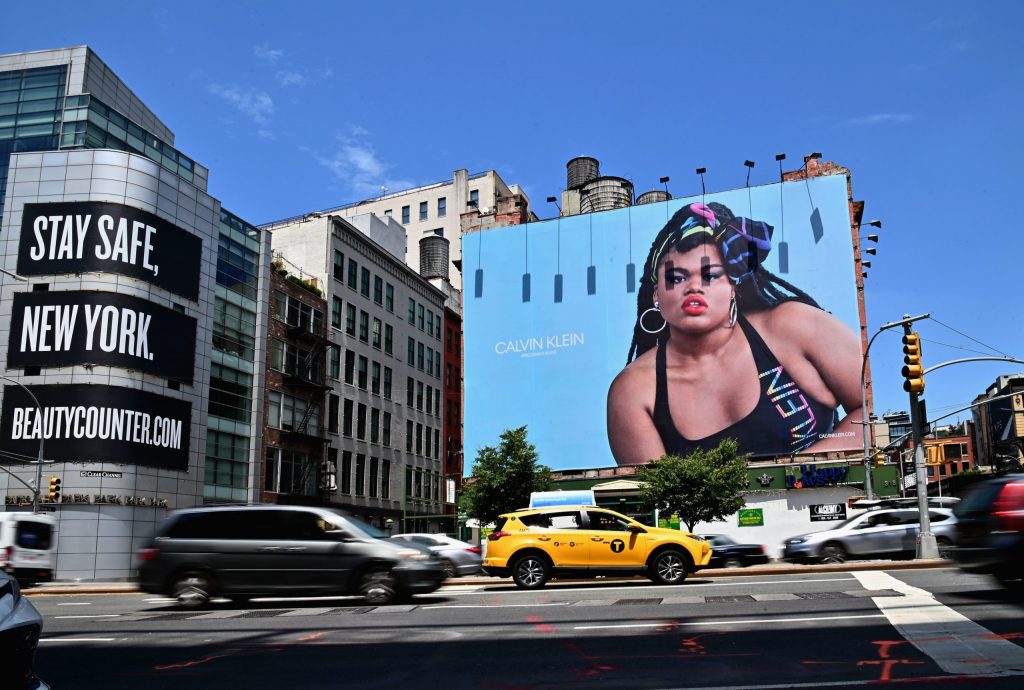 Black model, actress and activist Jari Jones popped a bottle of champagne in front of a massive Calvin Klein billboard featuring her in Manhattan. The image she celebrated is part of Calvin Klein’s 2020 Pride campaign #PROUDINMYCALVINS. This campaign features a cast of nine LGBTQ+ models including Jones, who identifies as a transqueer lesbian.

In a post shared on Instagram, Jones wrote: “It has been such an honor and pleasure to sit in my most authentic self and present imagery of a body that far too often has been demonized, harassed, made to feel ugly and unworthy and even killed.” 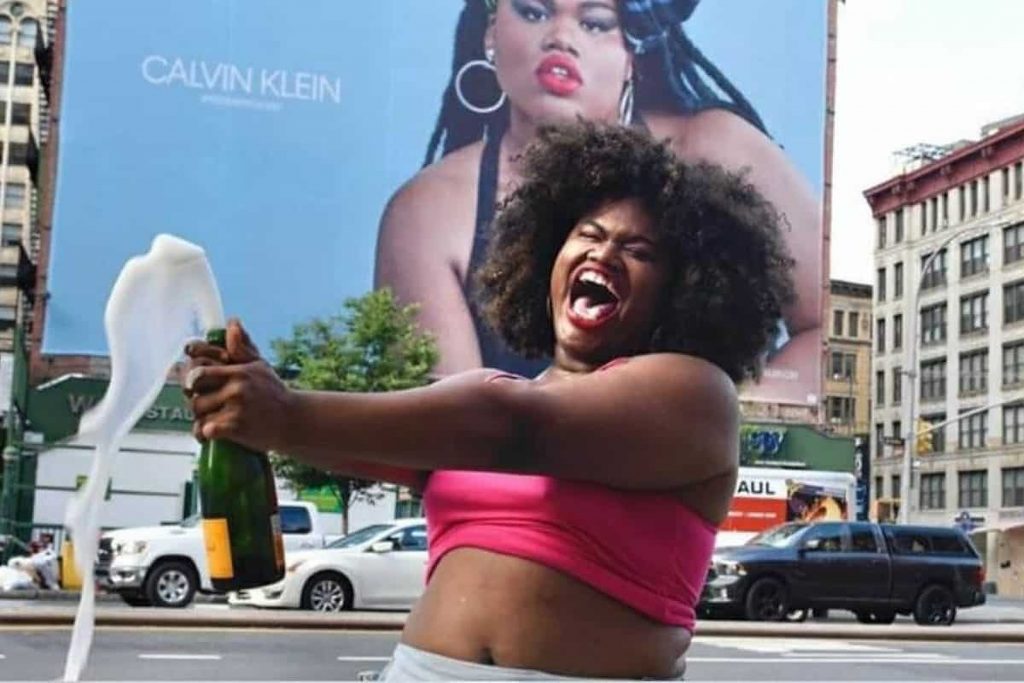 The first time Jones posted about this campaign was on June 19th on Twitter. She wrote, “Today, on #JUNETEENTH2020 a Fat Black Trans Woman Looks over New York.” This campaign comes while Black Lives Matter protests continue around the world. The protests are accompanied by demands for anti-racism and true inclusivity in many industries, including fashion.

There are also calls to celebrate and protect the lives of Black trans people in particular. While the calls have always been there, they grew louder after the killing of  Riah Milton in Ohio and Dominique “Rem’Mie” Fells in Pennsylvania in mid-June. 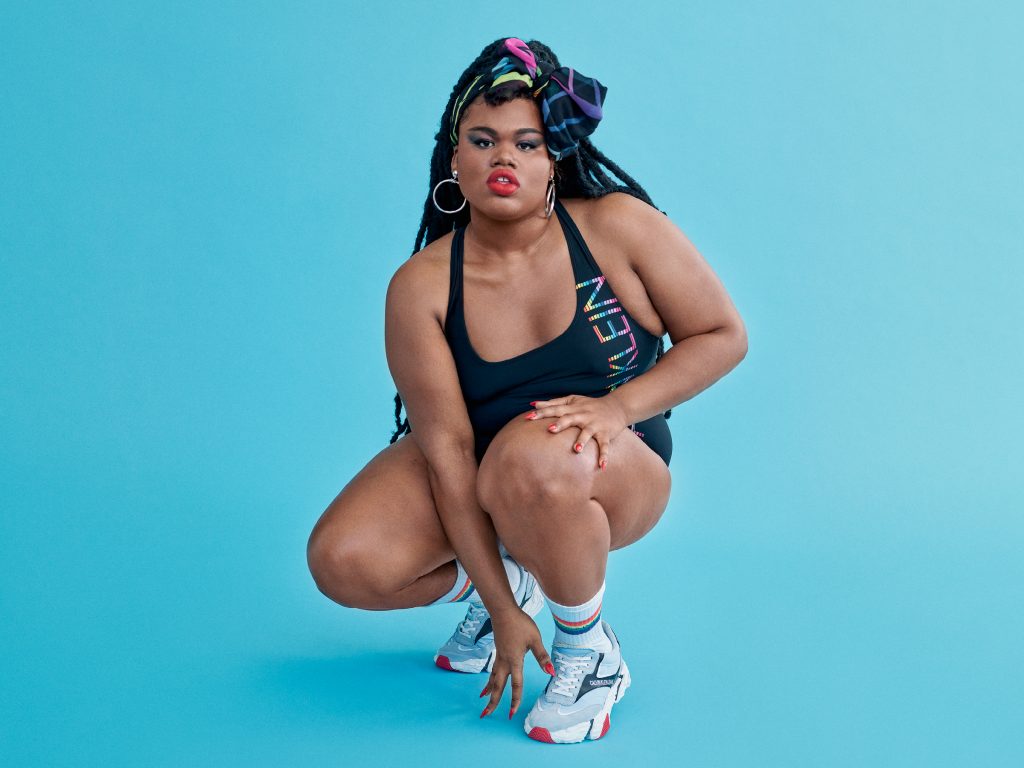 This is the largest casting for a Calvin Klein Pride campaign ever! It also includes a partnership with OutRight Action International and its COVID-19 LGBTIQ+ Global Emergency Fund. On the Pride collection page, Calvin Klein has included a link for donating to the onePULSE Foundation. The Foundation is a non-profit organization established by the owner of the Pulse nightclub following the June 12, 2016 shooting in Orlando, Florida.

Calvin Klein stated that each of the models features in #PROUDINMYCALVINS     were selected because of their powerful yet relatable stories. Each model, through the campaign, spreads positive messages about identity, allyship, and self-appreciation. In a YouTube video Calvin Klein posted, Jari Jones talks about how she has supported other, younger members of the LGBTQ+ community. She stated that she was a mother to the youth, providing support and a place to stay when they come to NYC.

“I’m a mom to a whole bunch of queer youth. Some of these kids have come to New York City without a dime in their pocket and just a big dream. But, you know, they have things against them — they’re of color, they’re queer, they’re trans, and I’m just there to be their support.”