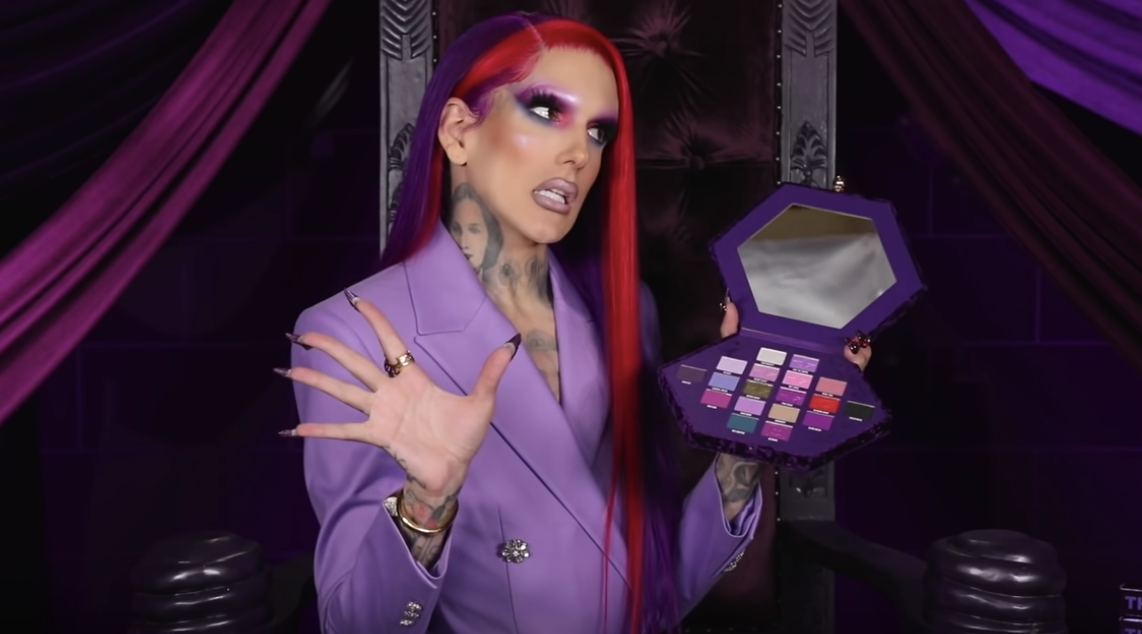 Beauty mogul and YouTube makeup reviewer, Jeffree Star  launched his new collection, “Blood Lust,” part of the series with his previous releases of “Blood Sugar” and “Blue Blood.” The lavender focused eyeshadow palette comes with 18 various shades each with unique names such as “Pink Magic,” a sparkly magenta shade to “Royal Pain” a matte peach shade.

Star announced the new palette on February 10th on Instagram with a full reveal the following day on Youtube. “Blood Lust,” according to Star, is about “tapping into your creative desires.” Leading up to the launch, Star has been teasing his followers with various makeup looks, each using different shades from his anticipated collection.

This is Jeffree’s first makeup launch of the new year as well as the first one since his split with longtime boyfriend, Nathan. The former couple called it quits in the beginning of January with Jeffree making a formal announcement on his YouTube channel. As an influencer and always having an avid presence on social media, Star had been silent for more than a week, with fans speculating that the two broke up. Following the breakup announcement, Star began posting on social media frequently again, with fans excitedly waiting for when his new makeup would drop. “Blood Lust” did not disappoint.

Star’s launch date Instagram announcement for his new collection was met with over 35,000 comments and over 1 million likes. He continued teasing his followers on his channel with creative purple-forward makeup looks.

When it comes to makeup launches, Star is critical about everything, from the packaging, to the product itself and how it feels on one’s skin. While he tests out makeup from other brands and celebrities on his YouTube channel, letting viewers know if it is “Jeffree Star approved,” he always makes sure that what he releases is what fans want.

As part of the Blood collection, Jeffree Star cosmetics also announced that “Blood Sugar” and “Blue Blood” will also be restocked with the launch of “Blood Lust.” Eager fans will be able to purchase the highly anticipated palette, on Friday 21st at 10am PST. If you want to get your hands on the Blood collection, don’t wait now until the last minute, it is most likely going to sell out.