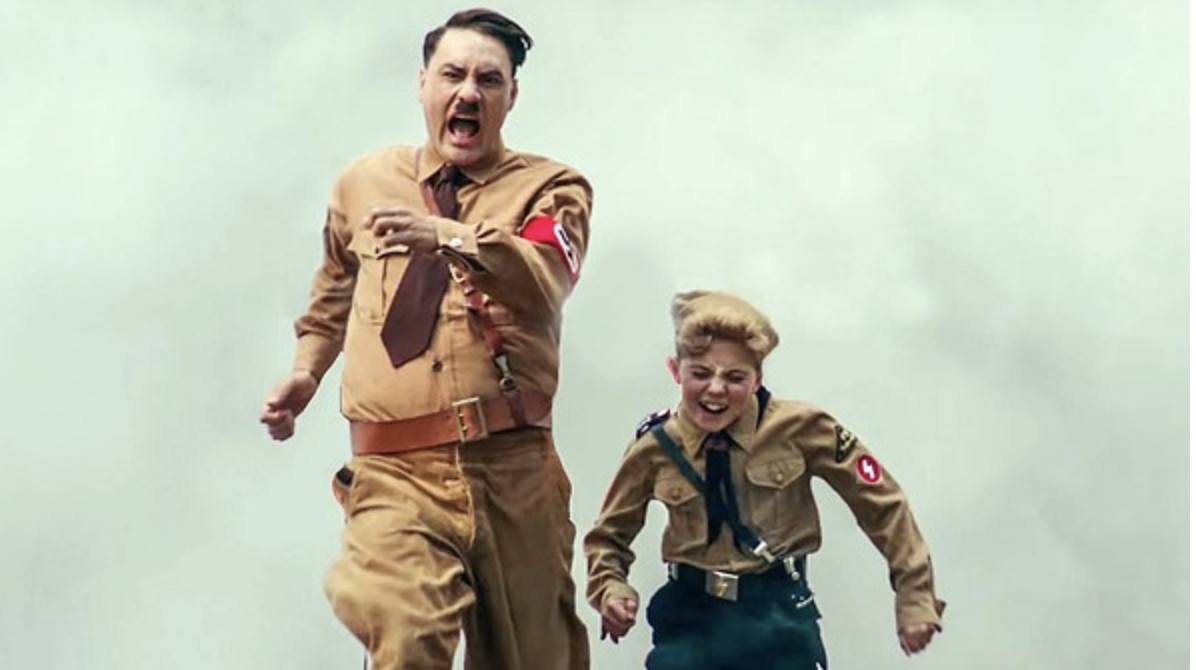 In an Oscar pool filled with prestigious directors, such as Quentin Tarantino and Martin Scorsese, Taika Waititi has made a splash with his nomination for Best Picture at this year’s Academy Awards. The New Zealand born director and writer of, Jojo Rabbit, adapted the screenplay from the internationally best-selling novel, Caging Skies, by Christine Leunens — my dark horse for winning the Oscar for Best Motion Picture of the Year. Jojo Rabbit is also nominated for an Academy Award for Adapted Screenplay, Costume Design, Production Design, Film Editing, and Scarlett Johansson got the nomination for Best Performance by an Actress in a Supporting Role. Waititi successfully turned the historical fiction novel into one of this year’s best movies with a whimsical, yet deep cutting tone at times. He himself dawned the infamous Hitler mustache as he acted alongside lead child actor, Roman Griffith Davis, who makes his acting debut in Jojo Rabbit — proving the son of cinematographer Ben Davis and writer-director Camille Griffin has a bright future in the industry. Unfortunately,Sam Rockwell was not nominated for any awards for his supporting role as a jaded, drunk Nazi, whose life became entwined with the young, Hitler obsessed protagonist.

From the start of the film, you are thrown into a loose, comical world based on true events of World War II as the Nazi’s are taking their last, losing stand. The story’s nonchalant tone is off putting at first, but telling the story through the eyes of a child eventually takes the edge off hearing “Heil Hitler” instead of hello. Jojo Rabbit follows the story of Johannes Betzler, an avid member of the Hitler Youth in 1940s Vienna, who discovers his parents are hiding a Jewish girl named Elsa behind a false wall in their home. The Hitler obsessed “Jojo” is so far under the Nazi propaganda spell he initially wishes to turn her in, but is forced to keep the secret as his parent’s safety is more important. As the story continues to unfold, Johannes’ view of Elsa evolves from hatred, to case study, and finally love. The very thing the young boy has been programmed to hate becomes the only thing he has left as the war comes to an end. All these factors are perfectly glued together with the most ridiculous depiction of Adolf Hitler the silver screen has yet to see in a comic relief role Taika Waititi took upon himself to portray. Hitler as “Jojo’s” imaginary, best friend is so over the top it works. Childish, unrealistic, and yet truthful to a point, the movie would not have been the same without the sporadic, sprinkles of Hitler that tops the dramatic horrors of World War II “Jojo” experiences first hand. From start to finish, Jojo Rabbit, will make you laugh, cry, and question what you would do if thrown into 1940s Austria as it humanizes some of the most dehumanized people in the history of mankind.