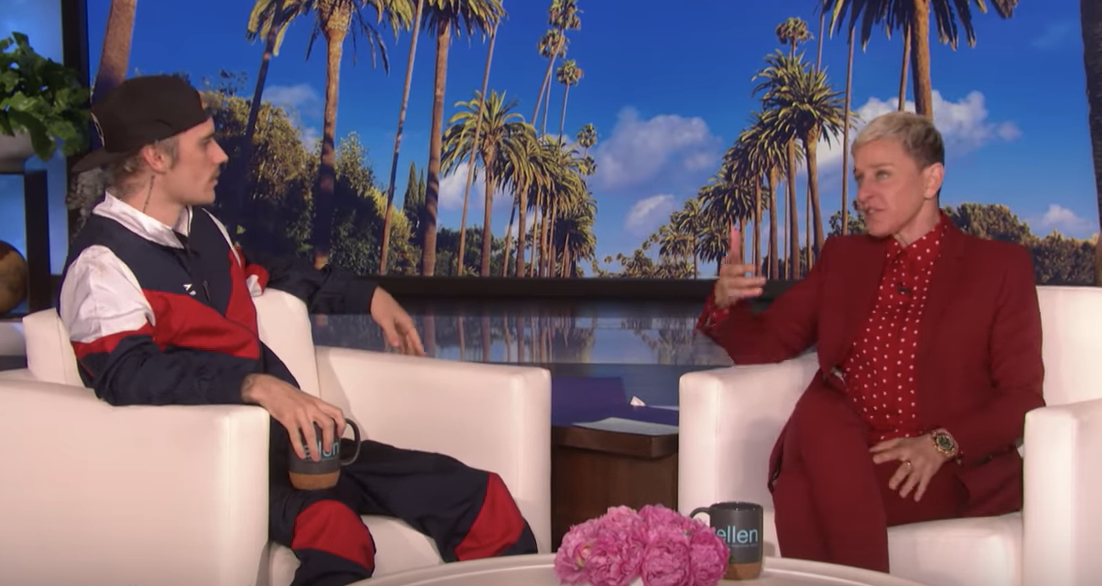 While Selena Gomez recently opened up to NPR about the abuse she felt in her relationship with Justin Bieber, Bieber shared some inside scoop of his own on the Ellen Show. Gomez revealed in her interview that the song “Lose You To Love Me” is about the pain of the breakup, but the song also references how difficult it was to watch Bieber move on so quickly. Just months after the Bieber-Gomez breakup in March of 2018, Bieber started dating American model Hailey Baldwin. The two then married in September of 2018.

Gomez said that watching Bieber move on was one of the hardest parts about the breakup. Not only did she split with someone that she has been on-and-off with for seven years, but watching him find someone new so quickly was hard for Gomez. However, moving on with Baldwin was not as easy as Gomez thought, according to Bieber. Bieber told Ellen that committing to Baldwin was a big decision, and he was actually pretty nervous about it.

He told Ellen, “I wasn’t really nervous about the saying ‘Yes,’”… “I think I was more nervous about, am I going to make this commitment, am I able to make this commitment as a man and be able to honor what I say. You know? Because that’s a serious commitment when you say you are going to love someone for better or for worse and be faithful.” After wrestling with himself and the decision for some time, Bieber knew that marriage is what he has always wanted, and says that Baldwin is an amazing person and wife.

Ellen applauds Bieber for his strength in landing on his feet after all he has been through. They discussed Bieber’s 10-part YouTube documentary, Justin Bieber: Seasons, which is about the singer coming to terms with his past and present. The documentary focuses on Bieber coming back from an extremely hard time in his life—so hard that he cancelled the remainder of his Purpose tour. As he strives to make a comeback, the documentary walks through Bieber’s life through his own perspective, so he can tell his story.

After going through some tough times in the past four years, Bieber has been on a break from performing and has not released an album since 2015. During his break from entertaining, Bieber was struggling with fear. He said to Ellen “I was just afraid. I was afraid of what people were thinking. Afraid of ‘can I do this again’. I was just battling with that internal fear.” But, after an unplanned performance at Coachella in 2019 where he sang “Sorry,” Bieber missed performing and decided to make his return. He announced on the Ellen Show the release date of his new album, Changes, which will be available for streaming and purchase on Feb. 14.

While Gomez shared her story with NPR and explains the abuse she felt with Bieber, Bieber had his own story to tell, which is the point of Justin Bieber: Seasons. With his new album and documentary, Bieber’s comeback seems to have just started, so keep an eye out for what Bieber has planned next for his return.