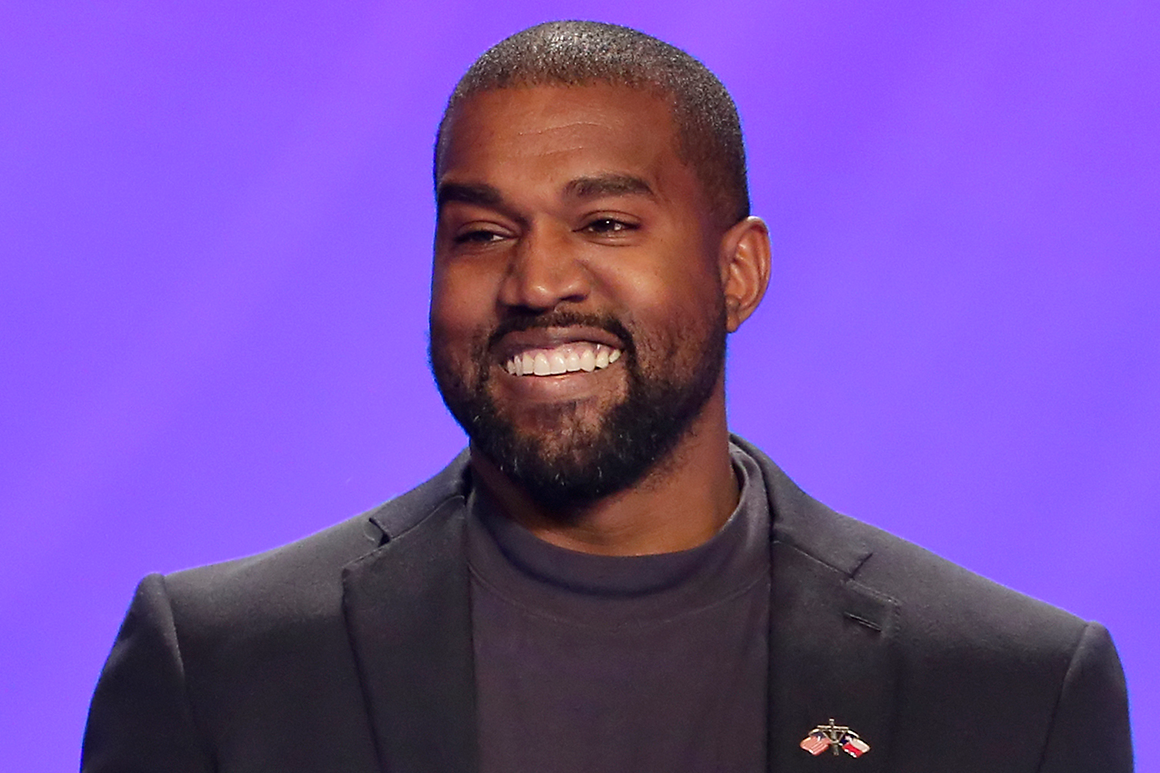 Posted at 11:27h in Celebrities, Featured by Jessica Murray 2 Comments

After a Twitter rant following his campaign rally, Kanye West has landed himself in some drama.

West revealed that when now wife Kim Kardashian West become pregnant with their first child North, he wanted her to get an abortion.

“Even if my wife wants to divorce me after this speech, she brought North into the world even when I didn’t want to. She stood up and she protected that child. You know who else protected a child? Forty-three years ago, who do you think protected a child?” he cried.

West created even more controversy when he talked about Harriet Tubman, who, according to West, “never actually freed the slaves, she just had them work for other white people.” West also claimed that slavery was a choice in 2018.

West broke down in tears and proposed providing financial incentives to parents instead of restricting abortion access, suggesting that, “Everybody that has a baby gets a million dollars.”

“No more Plan B — Plan A,” he said about the emergency contraceptive that helps prevent pregnancy within 72 hours of unprotected sex.

On Monday night, the rapper went on a Twitter rant. The rant is no longer available. 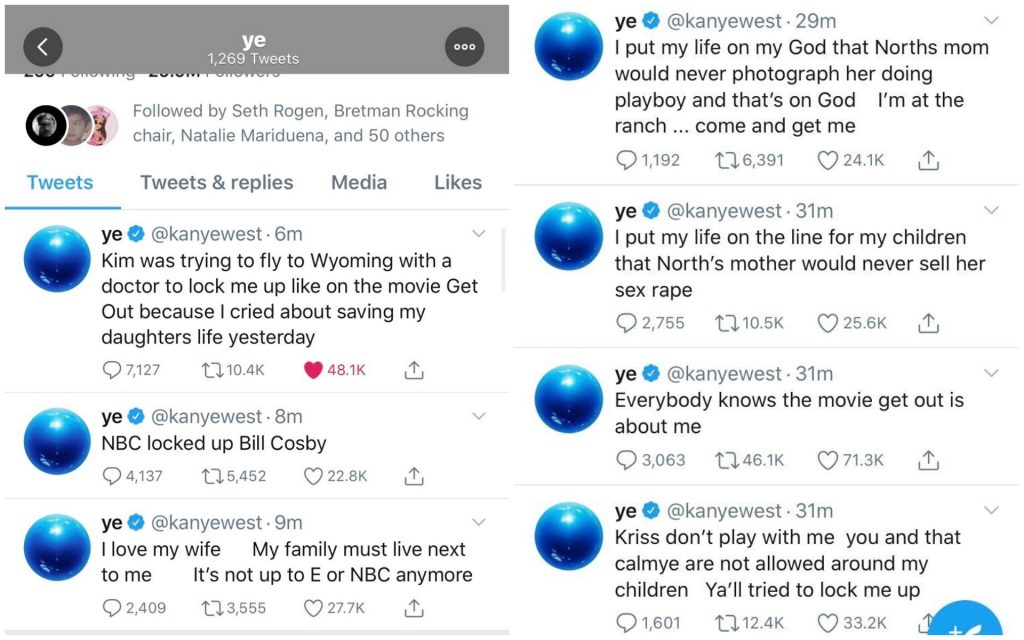 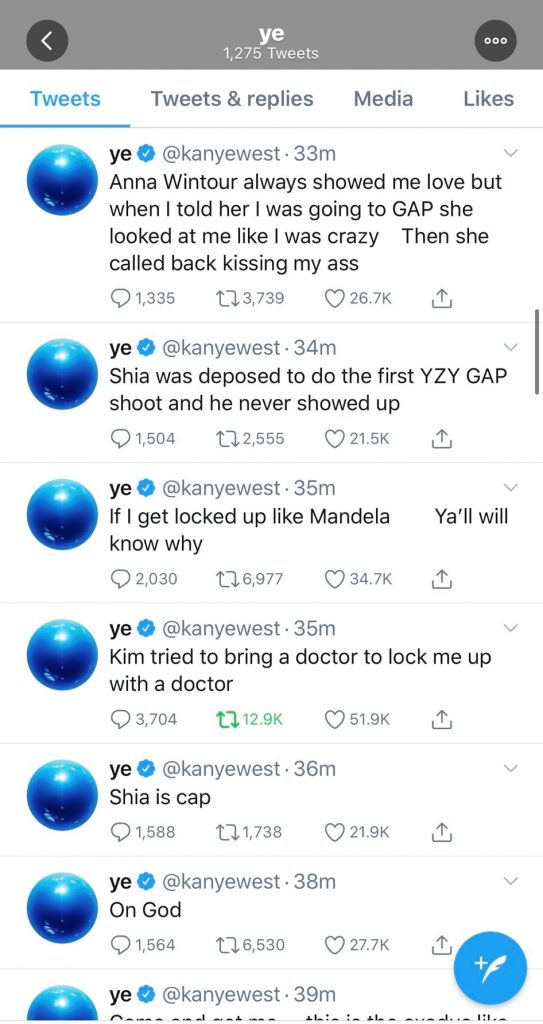 West tweeted, “Kim was trying to fly to Wyoming with a doctor to lock me up like on the movie Get Out because I cried about saving my daughter’s life yesterday.” He referred to his wife’s reaction to his rant at his rally.

He also mentioned Kardashian’s 2007 profile for Playboy. West said that their children would never pose for the publication, and asked his wife and mother-in-law, Kris Jenner, to call him.

On Tuesday, West posted a video, thanking “true friend” Dave Chapelle for visiting the rapper and checking up on him.

“I been trying to get divorced since Kim met with Meek at the Warldolf [sic] for prison reform,” West wrote referencing rapper Meek Mill before deleting it.

West has a new album DONDA, named after his late mother coming out this Friday.

On Wednesday morning, Kim Kardashian West released a statement on her Instagram. 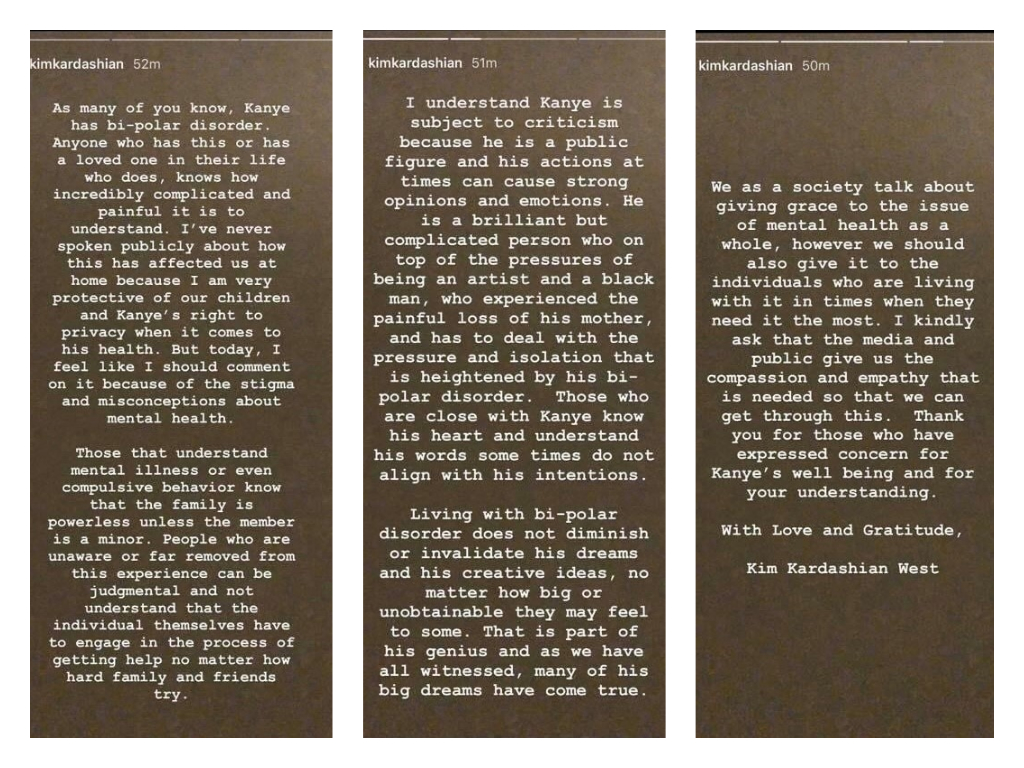 The reality tv mogul acknowledged Kanye’s bipolar disorder and asked for compassion and empathy regarding his mental illness stating, “Living with bi-polar disorder does not diminish or invalidate his dreams and his creative ideas, no matter how big or unobtainable they may feel to some.”