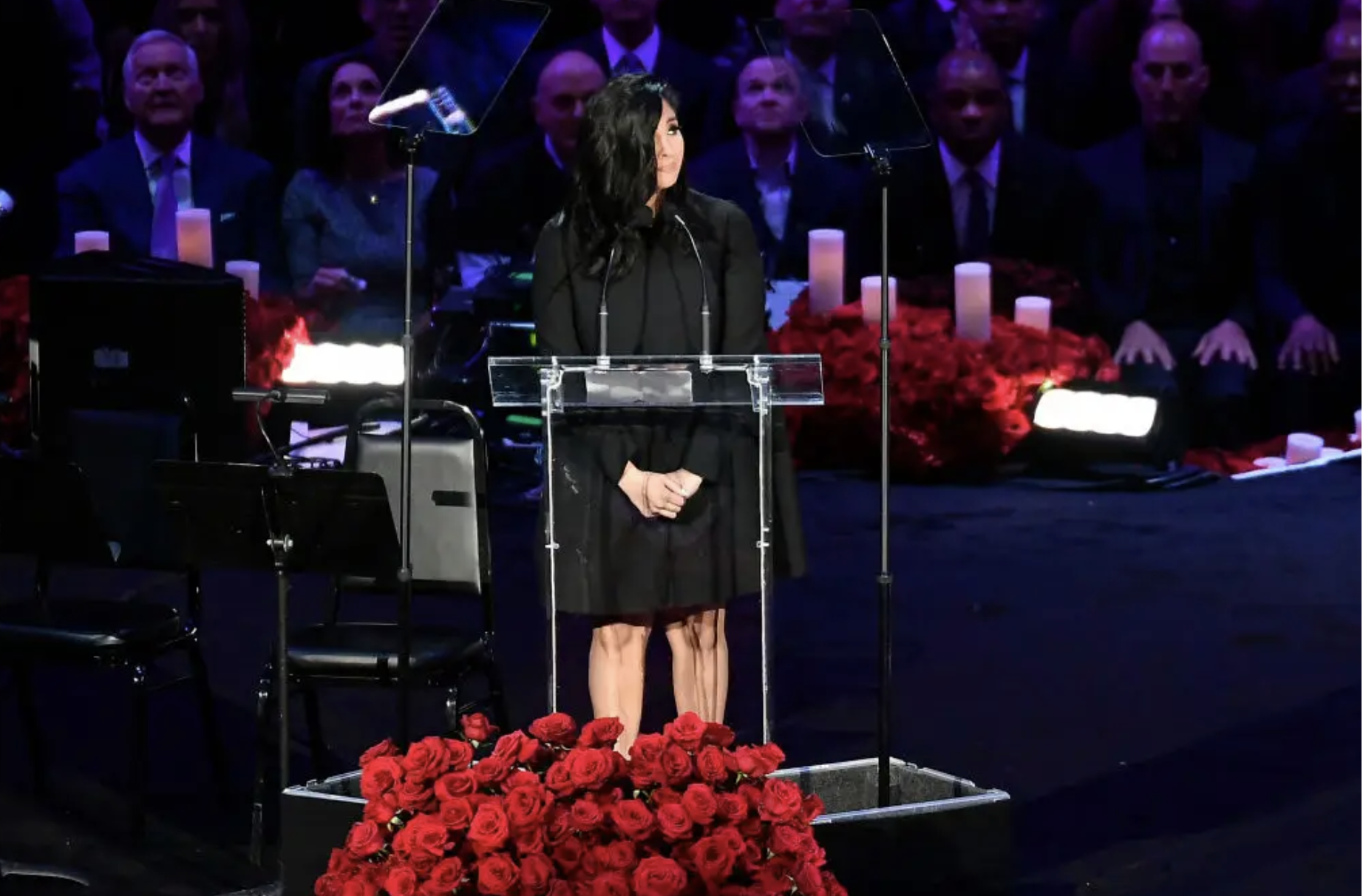 Nearly a month after the tragic accident that claimed the lives of basketball legend Kobe Bryant, his daughter Gigi, and seven others, the Staples Center hosted a two hour memorial, giving a little bit of closure on terrible events of Jan 28th in Calabasas, California.

The memorial was dubbed, “A Celebration of Life – Kobe and Gianna Bryant”, and was just that. Around 20,000 mourners packed the Staples Center in Los Angeles on Monday for the public. Stars across all sports and entertainment were mixed in with common fans to honor the legend and his young daughter, Gianna.

The LA Times covered the event and all the recognizable faces in attendance: “Kanye West, Kim Kardashian, Khloé Kardashian and Kris Jenner sat all in a row; Gabrielle Union accompanied retired NBA husband Dwayne Wade. Snoop Dogg was there, his eyes hidden, as so many people’s were, behind dark sunglasses. Among the Lakers-related faces in the audience: Magic Johnson, Kareem Abdul-Jabbar, Shaquille O’Neal, Phil Jackson, Jerry West, Rick Fox and LeBron James. Steph Curry of the Golden State Warriors was there, as was retired Boston Celtics star Bill Russell. Other NBA players who were on hand, includingJames Harden, Russell Westbrook, Kyrie Irving, Kyle Kuzma, and Demar DeRozan.”

The star-studded ceremony, emceed by late night talk show host Jimmy Kimmel, began with an emotional performance by Beyoncé singing her song “XO,” which she said was one of Bryant’s favorite songs and includes the lyrics: “In the darkest hour / I’ll search through the crowd / Your face is all I can see / I’ll give you everything.” Alicia Keys gave an emotionally charged performance of Beethoven’s, “Moonlight Sonata”, while Christina Aguilera gave powerful performances of Schubert’s, “Ave Maria.”

A ceremony full of tears and even laughter at some points as each speaker brought their unique relationship with Kobe to light in front of the sold out crowd of collective mourners. Vanessa Bryant spoke first to honor her late husband and daughter in her first public words since the accident. Women’s basketball legends, Sabrina Ionescu, Diana Taurasi, and Coach Geno Auriemma, spoke on his involvement with empowering women in and out of sports. After, the Hall of Famer and legend that Kobe idolized, Michael Jordan, gave a tearful speech that touched on their close relationship and media-created rivalry that ultimately left MJ feeling as if Kobe was his “little brother.”

Best friend and longtime agent, Rob Pelinka spoke just after, revealing that he had been texting Kobe minutes before the crash. Pelinka stated, “Kobe’s last human act was heroic. He wanted to use his platform to bless and shape a young girl’s future. Hasn’t Kobe done that for all of us.”

Last to speak was Shaquille O’Neal. It’s no secret the one time teammates turned rivals had a rocky relationship, but there was always a deep level of respect. Shaq looked back at his friendship with Kobe in a touching speech that, much like MJ, had a few laughs to lighten the mood: “Kobe was a loyal friend and a true renaissance man. As many of you know, Kobe and I had a very complex relationship throughout the years. Kobe and I pushed one another to play some of the best basketball of all time. I said ‘Kobe, there’s no ‘I’ in team,’ and Kobe said ‘I know, but there’s a ‘me’ in that motherf–ker,'”

The ceremony ended with Kobe’s retirement speech on the big screen of the Staples Center where he played and one five championships for the Los Angeles Lakers, the before mentioned performance by Christina Aguilera, and his Academy Award winning Animated Short, Dear Basketball.