Things are heating up as, Kourtney Kardashian and Travis Barker are going public with their relationship.

The two were spotted having dinner together in Los Angeles, officially confirming the rumors that they are indeed an item. 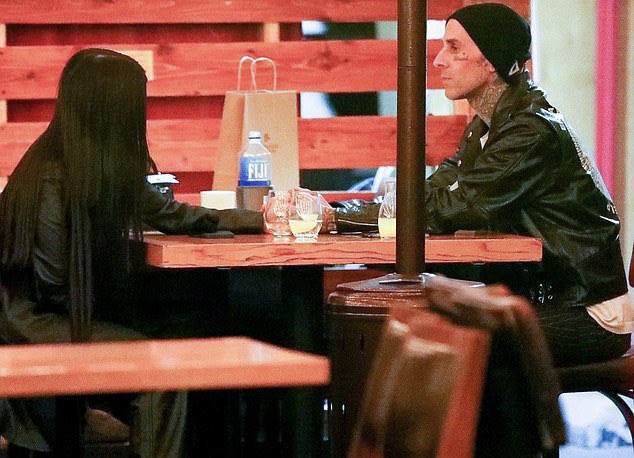 The new couple stepped out for date night at Japanese restaurant Matsuhisa on Tuesday night, and were pictured showing each other some sweet PDA.

Dressed in matching black leather jackets, the couple seemed to enjoy their dinner together and even held hands on top of the table at one point.  The PDA got cuter when the couple decided to have a thumb war as they chatted amongst themselves.

“They seemed completely taken with one another as if they were the only two people in the world,” said an eyewitness. “They seemed very connected, very close. Travis took her hand and they giggled as they started having a little thumb war with one another. It was playful and sweet. They were talking constantly and very engaged in one another. It seems like such a natural fit, being that they have been friends for so long. There was no awkwardness.”

The pair were seen leaving the restaurant together, as they drove off in Travis’ black luxury car. 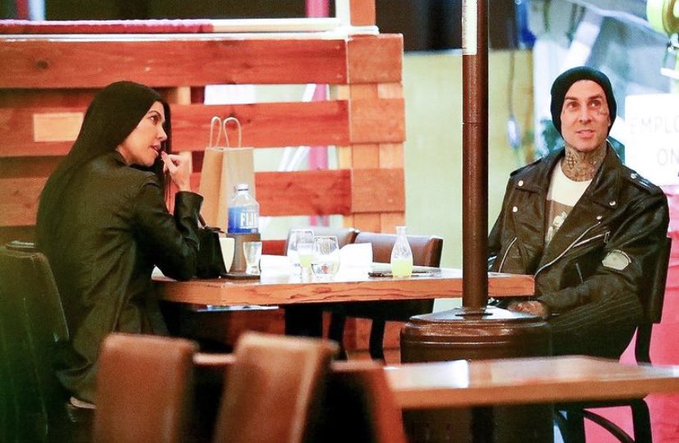 This is the first time the new couple has been seen out together following dating rumors that surfaced two weeks ago.

Neither one of them have commented on their relationship status, but this date night says it all!

The two have been friends for years, which helps their new relationship feel easier and natural. A source explained that Kourtney admires Travis for being a great dad, and the Kardashian clan approves and is very fond of her new beau!

“Kourtney and Travis have had a platonic relationship for years and they’ve been friends and family friends for a very long time, but recently something sparked and their relationship has turned romantic,” said the source. “They live on the same block and things are super easy between them because they know each other so well and just click and get one another.”

The source added that Travis has always had a thing for Kourtney and the spark has been there for years.

“The chemistry and flirtation has always been there,” the source continued. “They have a lot in common, and Kourtney has always been attracted to how Travis is as a parent… They love relaxing at home with their kids, and everyone gets along. It’s going well, and they aren’t putting pressure on it being super serious at this point.”

The new couple seem to be doing great, and with the support from their loved ones, we could not be happier for them!

What are your thoughts on this new relationship? Drop a comment below and let us know!

Be sure to check out our latest article on Christina Milian to Take Naya Rivera’s Role in Starz’s Step Up!