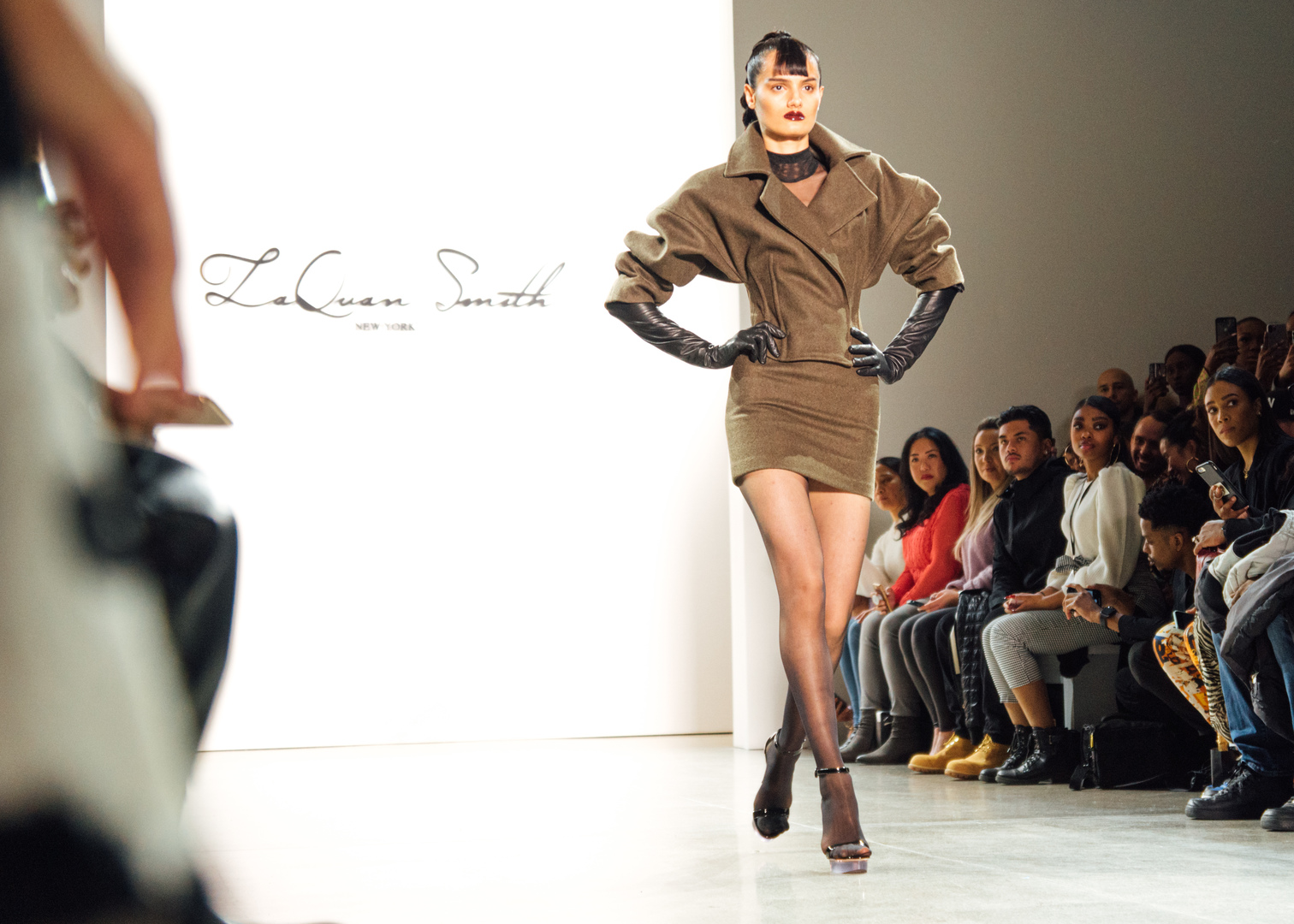 In case you didn’t know it, we are in the middle of New York Fashion Week. If you are new to the week celebrating fashion hosted this year by LaQuan Smith with Moet and Chandon, you are not the only one. A few big names made their first appearance at the event this past weekend. Patrick Starrr, Tinashe, Asap Ferg and his girlfriend, Ryan Jamaal Swain and of course LaQuan Smith himself were all captured celebrating LaQuan Smith’s 2020 NYFW show and the launch of Moët & Chandon Signature Collection. In the height of New York Fashion Week, designer LaQuan Smith debuted his Fall 2020 collection alongside the launch of the new Moët & Chandon Limited-Edition Signature bottlings at last night’s show at Spring Studios. The new bottles were designed as the perfect companion to those who author their success and celebrations, echoing LaQuan’s untraditional journey in the fashion industry, paving his way to the top. Claiming a highly coveted closing slot, it only made sense that this dazzling event was celebrated with non-other than Moët & Chandon – the world’s most beloved champagne.

LaQuan’s show started in an untraditional way, as the first model who walked down the runway emerged from a seat in the first row, making heads turn with surprise as she stepped from her seat to the runway. A couple of other moments that had people talking afterward was the large white bag a model held down the runway with “I’M MOVING OUT” embellished on the front, and three models walking down the runway with elegance and power together, all wearing black statement pieces. The blonde and beautiful Elsa Hosk closed the show with a high and long braided ponytail, a shiny leather dress, and long black gloves. As the official champagne of the night, the event space was lavishly embellished with Moët & Chandon bottles, with a bar backstage that erupted with celebration as the show concluded.

The champagne continued to flow well into the after-party at Avenue, where LaQuan and his crew continued the celebration. 2020 marked another successful year since the first-ever fashion week started in 1943. The first New York Fashion Week was held, with one main purpose: to give fashion buyers alternatives to French fashion during World War II, when workers in the fashion industry were unable to travel to Paris. Until 1994, shows were held in different locations, such as hotels, or lofts and now has evolved into one of the most anticipated events of the year. Just a few years from the 80th anniversary, we shall see what is in stored for the future of the NYFW events.