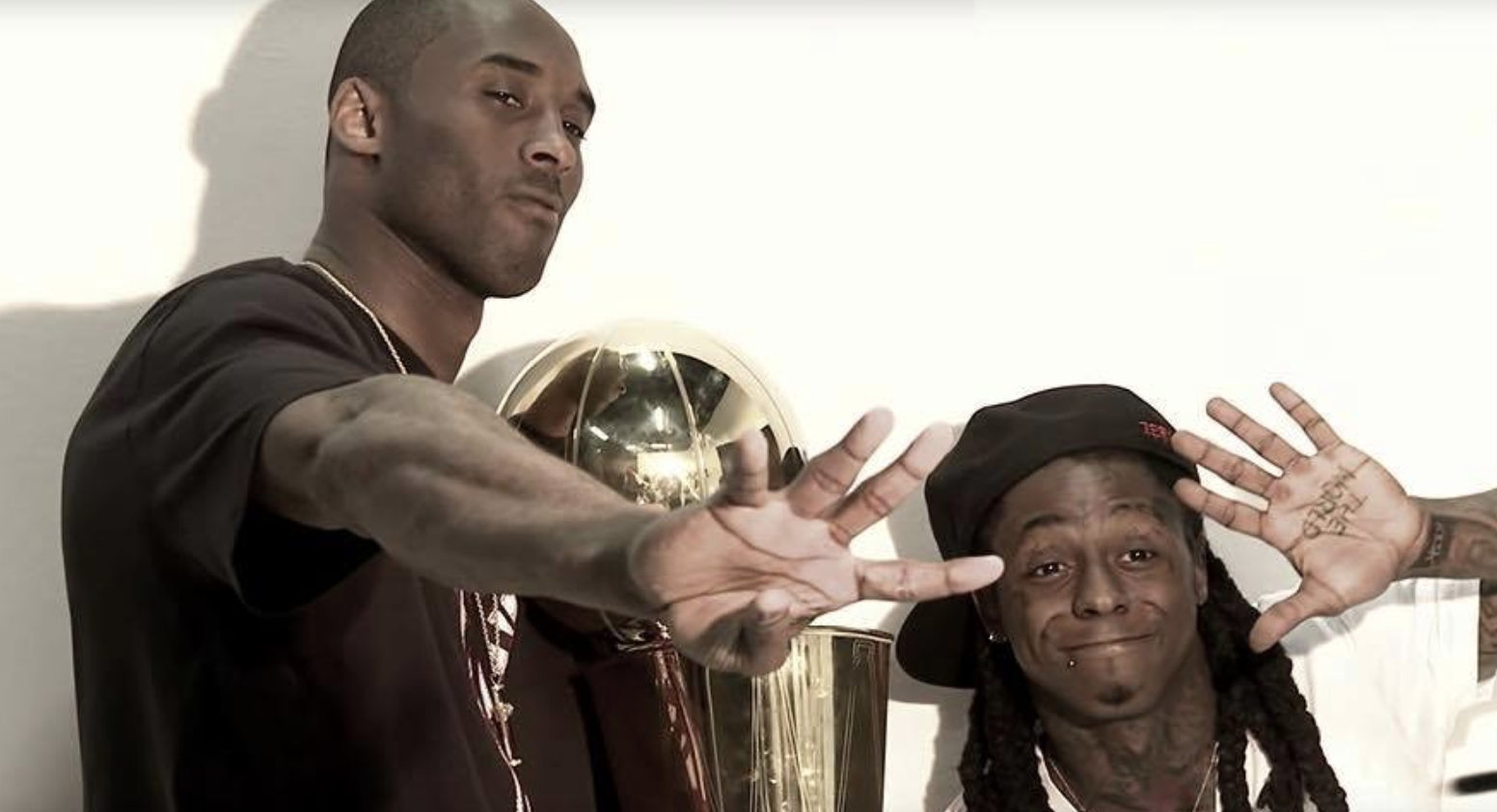 Today, Lil Wayne dropped his 13th studio album, “The Funeral”, which he had been working on for years. Ironically, this followed the tragic loss of Kobe Bryant, his daughter Gigi, and the 7 others aboard the helicopter that died in the crash last Sunday. On track 8 titled, “Bing James”, Lil Wayne added 24 seconds of silence to pay tribute to Kobe as he wore 8 and 24 during his 20 years as a Laker. Lil Wayne is a giant fan of basketball and is a known fan of the Lakers that has dropped Kobe inspired tracks in the past including, “Kobe Bryant”, and, “Ball Hard”, where the artist shouts out Black Mamba in the chorus, one of Kobe’s most popular nicknames. The rapper appeared on Skip and Shannon: Undisputed to speak on the release of his new album, as well as, to speak on how much Kobe meant to him. He also spoke on the mental state of Lakers and the rest of the NBA moving forward: “You’re going to have to do the season for Kobe and dedicate it to him. The message that LeBron said, ‘I’m going to go out and do it for you.’ I believe that’s the message of every single player in the NBA. That’s how they all feel.” He kept true to “Mamba Mentality” when answering Skip Bayless’ question about what the album means in the totality of his career stating he wanted “…to show where I’m at in my career, show the hungriness. To show younger artists that there’s still hunger, and you don’t lose it.” Lil Wayne’s latest album also has 24 tracks, but the rapper stated that it was just a coincidence— not specifically done to honor the late, great Kobe Bryant.

With the loss of such an iconic and polarizing figure that transcended the sport of basketball, it is safe to say that this is the first in a long line of artists that will continue to pay tribute to the life of Kobe Bryant. Tonight will be the Lakers’ first game back at the Staples Center since the horrific loss. The Lakers organization will hold a memorial honoring the life of Kobe Bryant during the game and posted earlier today via Twitter their new Kobe inspired logos on the court and jerseys. Every fan in attendance will also receive a Kobe shirt as pictured on another Twitter post. The fans are still showing up in crowds to pay their respects to Kobe at the Staples Center, but the Staple Center official have urged the fans to stay home: “If you do not have a ticket tonight for the Lakers game, do not come down to L.A. Live,” Staples Center president Lee Zeidman said, per ESPN. “Stay home with your loved ones. It’s going to be a tremendous emotional tribute to Kobe, Gianna, and the seven others. You don’t want to miss it. We’re not showing it on any LED screens here in downtown Los Angeles.” Tonight’s game will be emotionally charged, from the players to the fans in the crowd, as the world continues to accept the loss of Laker legend Kobe Bryant.