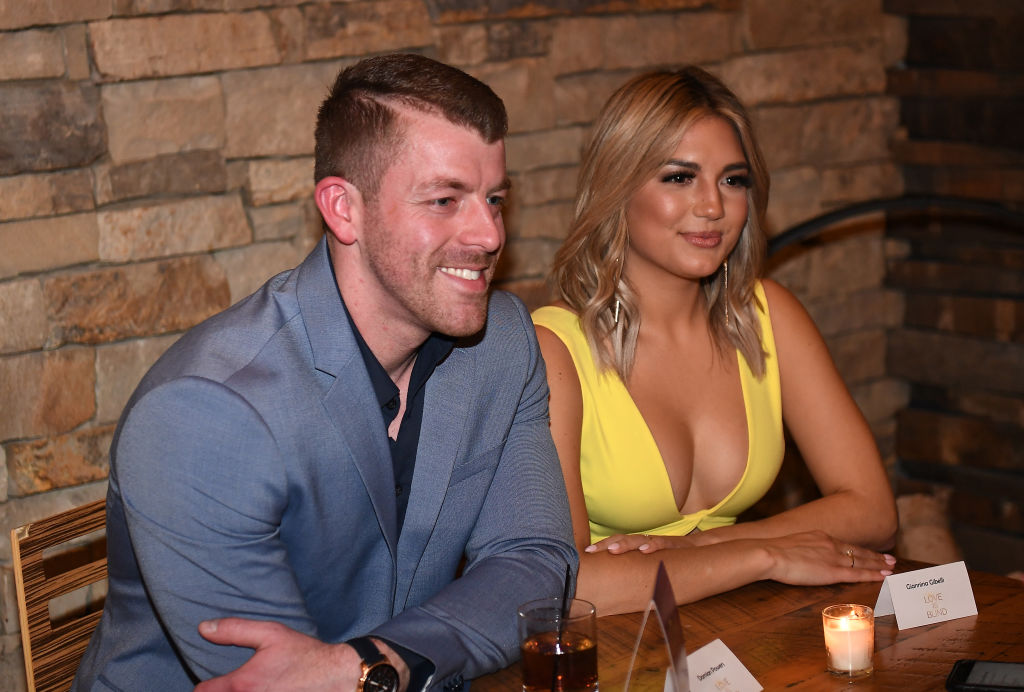 30 Jun “Love Is Blind” Couples Together After the Season One Finale?

Posted at 07:00h in Celebrities, TV by Ashley Cotto 1 Comment

It’s been some time since the Love Is Blind series ended and concluded their “experiment.” The idea behind the series was to see if people could really fall in love without seeing someone after 38 days. If it worked, the couples would get married.

After the show’s reunion, we found out that some of these couples stood together after the pods!

Who is still married? 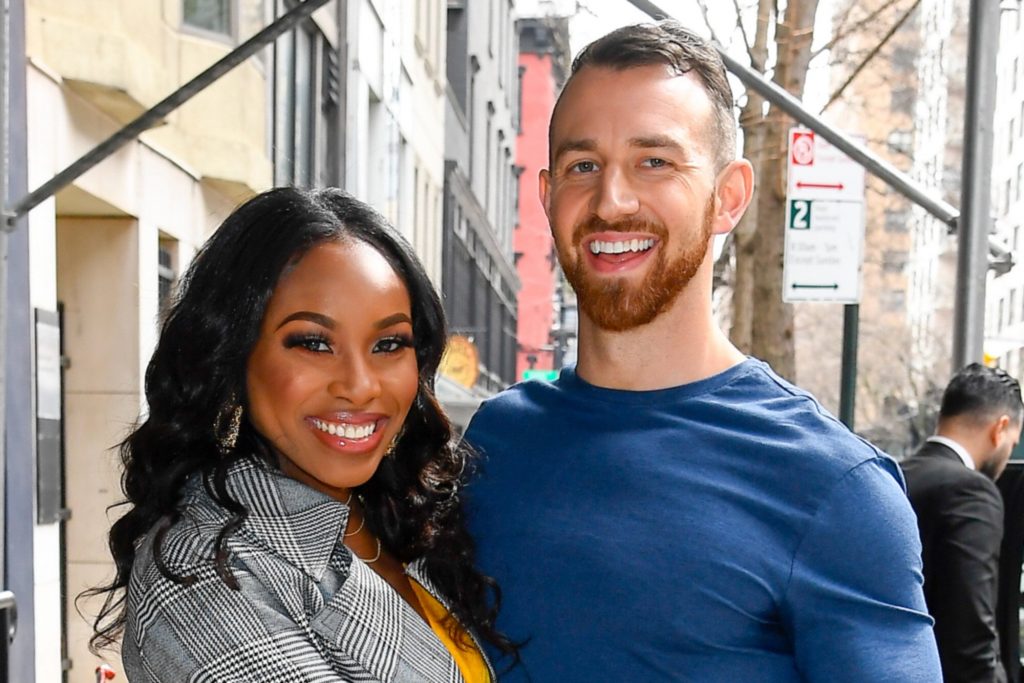 Lauren and Cameron are still together and have a new baby — a fur baby, that is, Sparks!

Lauren was so surprised that Love is Blind would bring her such happiness in her life.

“I never would have expected that I’d be this happy. It’s been an adventure. It’s kind of like we dated backwards, because we got married and then we kind of started dating after the marriage,” she explained in an interview with Entertainment Tonight. “I feel like we are learning more and more about each other each day. Our relationship is flourishing, but it hasn’t been without some stumbles, trials, and tribulations. We have really had to learn about each other. I went from being a hermit to living with someone 24/7 and raising a little fur baby dog. So those were adjustments … but it’s been a wonderful adventure. Every day is something new.”

Cameron mentions that they have been married for a year and thinks that “kind of absorbed some of her in a way.”

“Maybe by this time next year. Little Valentine’s babies,” Lauren said, with Cameron adding, “I mean, my paternal instinct is kicking in pretty hardcore. We are really excited.” 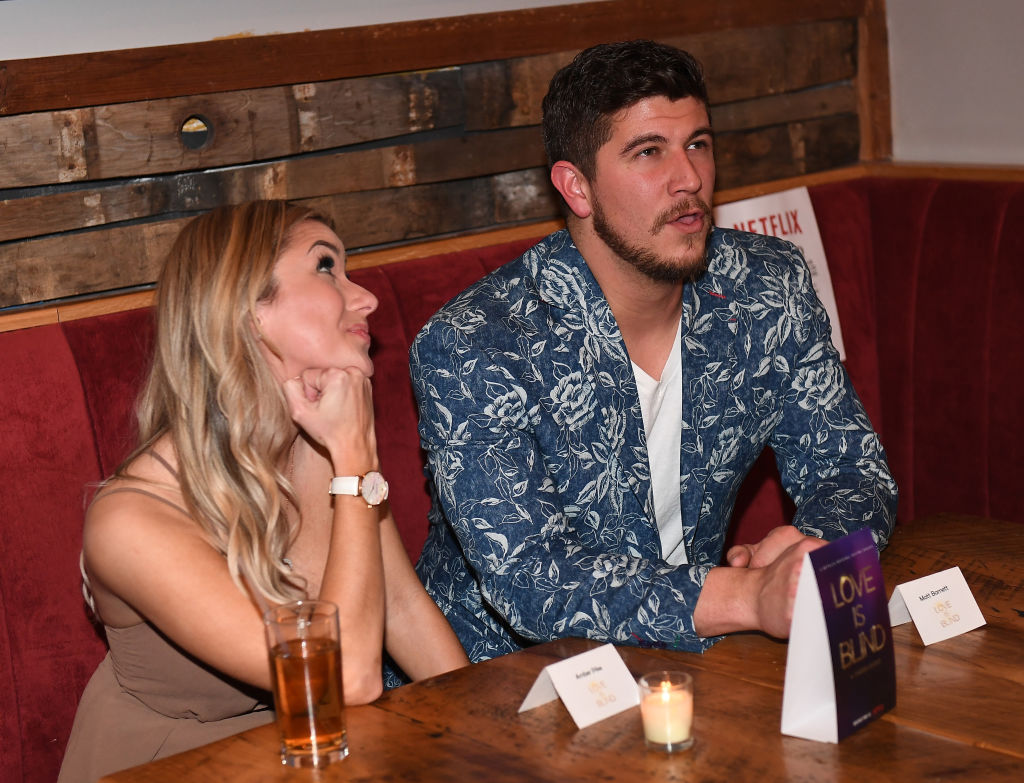 After a year and a half of tying the knot, this pair is happily known as the Barnetts!

“After the wedding happened we moved into Barnett’s house for a couple of months, but we didn’t end up staying there,” Amber said. “We actually live in an apartment now, that’s more suited to our personalities and our lifestyle right now. We have a lot of fun living there and just adventuring all the time.”

The couple has both agreed that life is pretty much a lot easier and less stressful without all the cameras around!

For anyone who doesn’t remember, Damian left Giannina at the altar during the Love is Blind finale! This left Giannina, and the viewers, heartbroken and barefoot at her wedding.

Fear not! They’re still together after the finale episode.

“The day of the wedding, after that whole big moment happened, I really just realized this is an amazing person and he was just speaking his truth,” she said. “I stood up for what I believed in, he stood up for what he believed in and we decided to give it another go. We have been together ever since and it has just been this crazy, wild ride.”

Damian claims that he didn’t know that he wouldn’t marry her during the finale, but producers definitely hinted at their fate and put a lot of emphasis on their fights.

“I did fall in love with her, I did still love her. I did not want it to end at the wedding, but I just didn’t want either of us to feel locked down or because we had to have a wedding that had to determine where we went from here,” he said. “The love is still there, the emotions are still there. I still cry, I still get emotional. Overall, we make a pretty great team.”

Who called it quits? 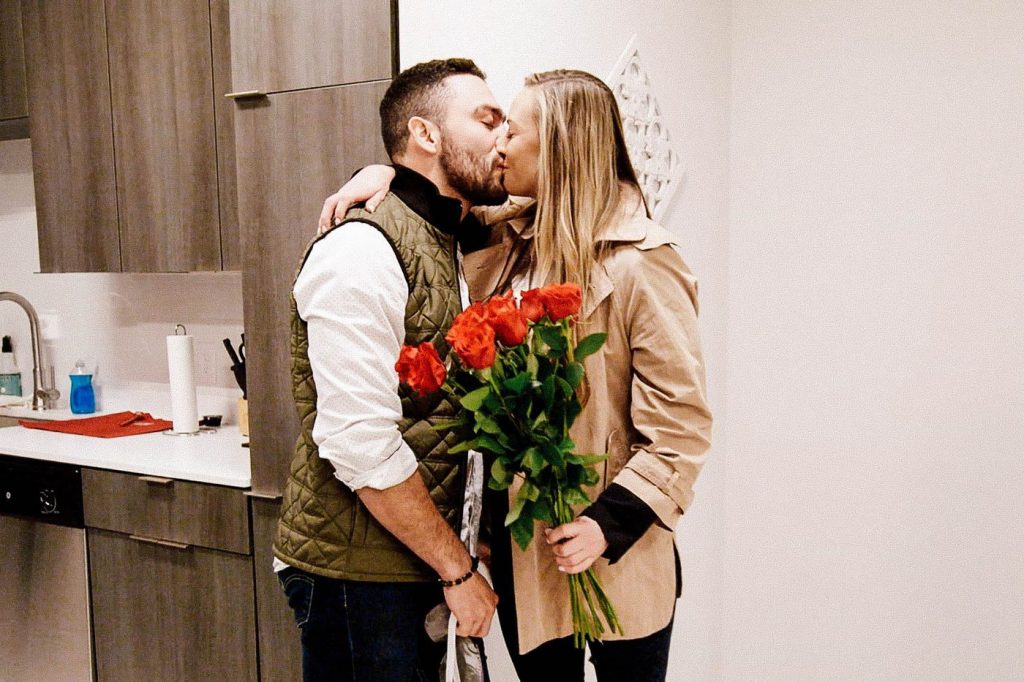 Anyone who watched the Love is Blind series kind of saw this one coming. While Batten loved Cuervas, it was clear that she still had feelings for Matt Barnett. She also could not get over the 10-year age difference between herself and Cuervas.

“It’s been a struggle to watch it back because I saw that I was really working through some things that I needed to deal with,” Jessica admitted. “As hard as it was though, it was kind of therapeutic on the other side to know that I was able to work through some of those things. That wasn’t the initial objective of coming onto the show, but I think I’m better for it.”

Mark says that after the show the pair admitted that they both needed to figure things out before they could continue with a relationship. 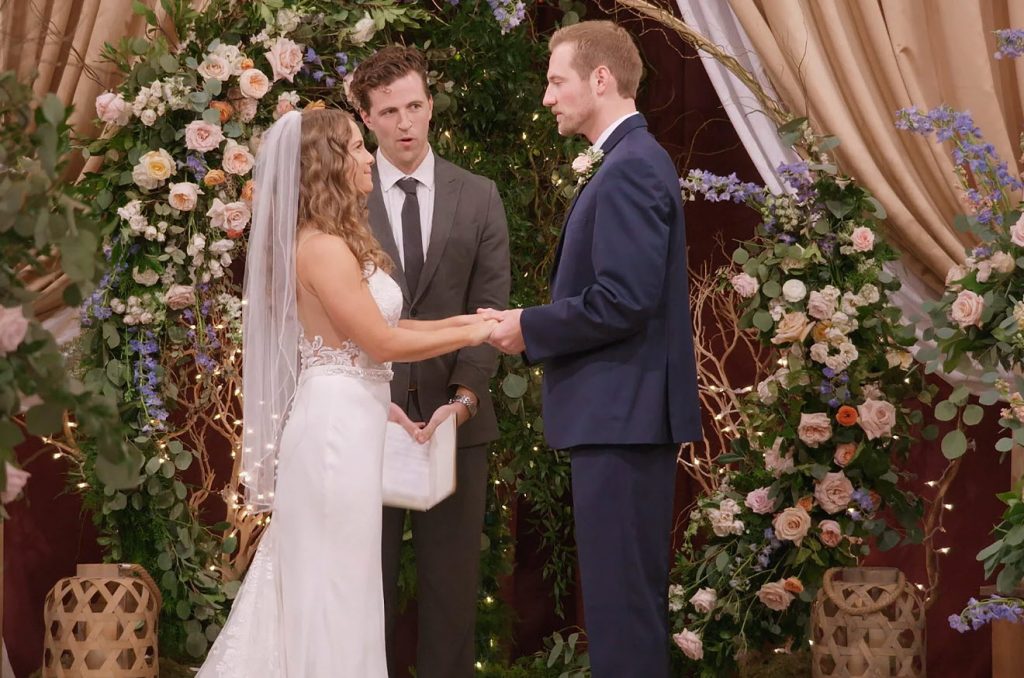 No one saw this one coming! We especially didn’t expect Kelly to leave Kenny at the altar during the Love is Blind finale.

The two have been in touch very little, but Chase did reach out to her.

Kelly revealed that she went on a couple of dates approximately six months after her and Kenny’s wedding. She’s currently single, but “looking to date,” while Kenny revealed during the reunion that he’s in a relationship. 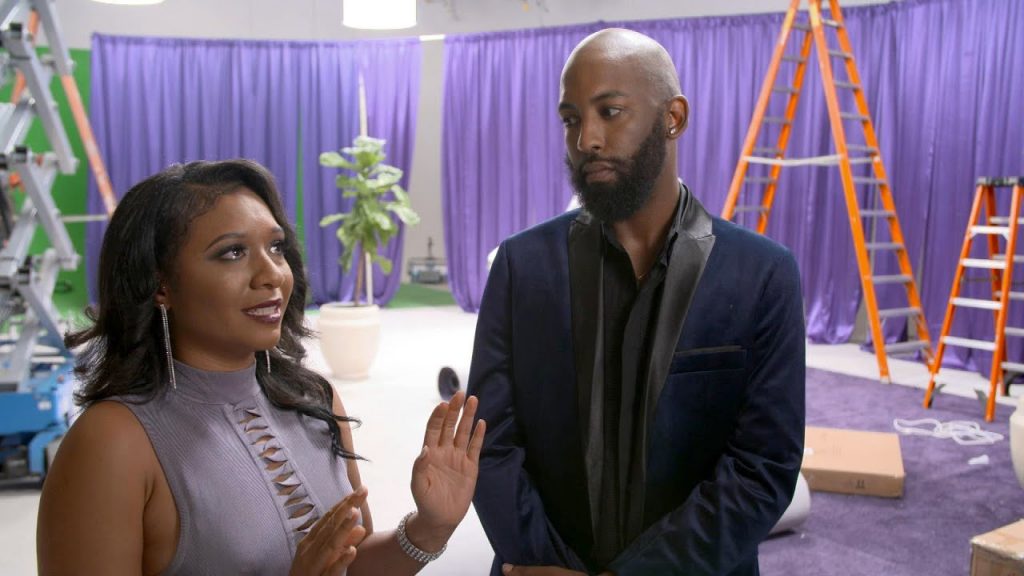 On the Love is Blind reunion special, we see that this pair attempted to make amends with one another after their huge blowout in Mexico.

They don’t exactly see eye-to-eye on things still, but they’re making attempts to be civil.

The pair is not dating and Diamond says that Carlton actually apologized to her! They were able to mend the friendship and relationship, but they’re not together.

“I love that he apologized to me and like I said too, I apologize and I want to apologize again,” she said. “I never wanted anybody to attack him or for him to feel like I’m attacking him. Looking back, there are certain ways to say things and put in a certain way and certain perspective, so I feel like I could have possibly led on a little argument just how I approached it. So I do want to apologize for that.”