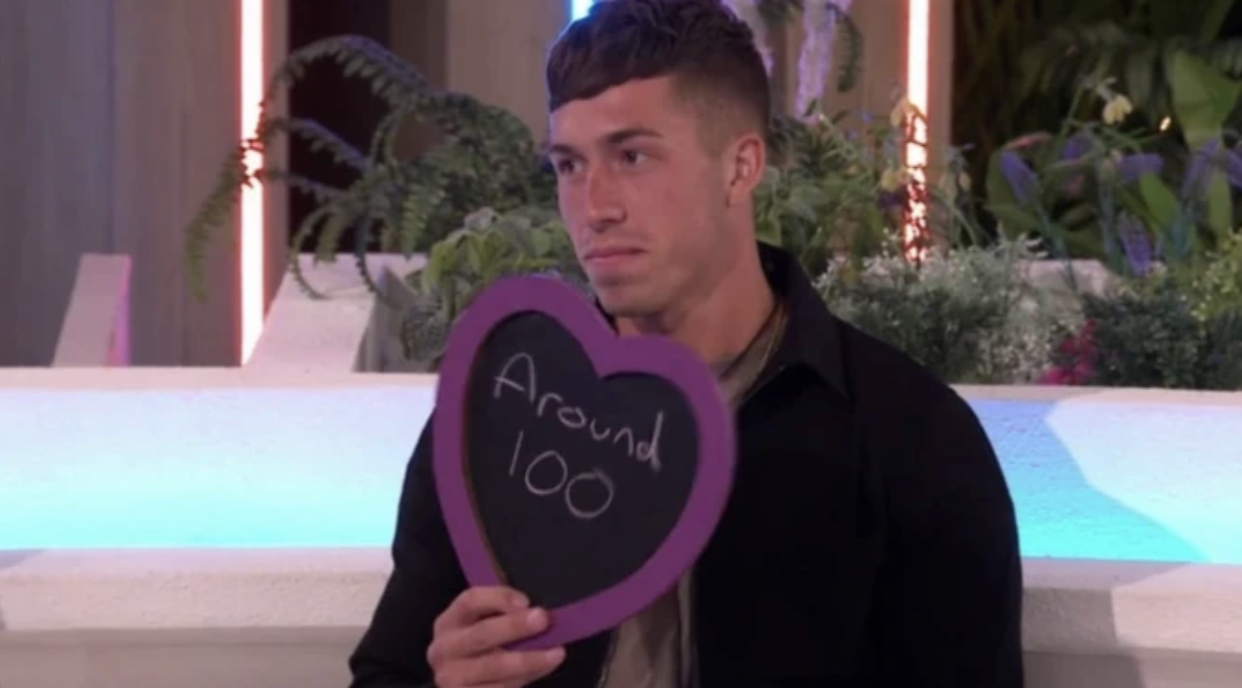 It’s week two of Love Island UK’s winter season, and the boys have the power in the upcoming recoupling. Episode 6 starts off with Callum deciding he likes Shaughna more than Eve. He tells this to Eve, and she seems satisfied to just hear any noise out of the quiet player.

Now, both twins have been dumped and are unsure about where the recoupling will take them.

Shaughna tells Callum she would love to mess around with multiple men just like he did with her. He is left quite nervous, considering he just dropped his other lady. Therefore, Callum cooks up his chosen female some avocado toast—no better way to express one’s love.

Shaughna keeps up with the games, though, boxing around with Connagh in the gym. Connagh then has a little bonding time with Sophie, which she shares that she hasn’t dated anyone in four or five years. Welcome back, Sweetie.

Before the much-anticipated recoupling, we are treated with a game of Booty Camp. The girls must make it through an obstacle course involving balloon-popping (with their bottom halves) in order to kiss their chosen boy at the end. Sophie kisses Connor, but he explains their teeth ‘hit’ each other. Ew? Ow?

Siannise, a rather difficult islander, decides to shoot her shot with Connagh after never giving Nas a chance.

Finally, it’s time for the recoupling. After about ten minutes of build up, Finn starts by choosing Paige. Happy! Other new boy, Connagh, then choses Sophie, stealing her from Connor. While the tension grows, Mike eases it a little by choosing Leanne with a cute speech that leaves our hearts melted. Callum choses Shaughna. Connor choses Siannise—making it clear that his choice is out of friendship and comes from being blindsided by others.

Finally, it comes down to Nas’s choice between the twins. He chooses the one with the more well-known name: Jess.

At the end of the episode, sad songs play as the twins share a sappy goodbye scene. Farewell Eve! Or is it Jess? Guess we will get to know a little better with only one around.

In episode seven, Jess started still very upset over the absence of her twin. Nas tried to join girl chat to comfort her, but Shaughna swiftly shooed him away.

Sophie came to Connagh’s defense when she saw Mike confronting him over blindsiding the other (“small”) Connor. Eventually Mike apologizes for his involvement in this situation, explaining that a “good man” knows when he has messed up. He has plenty to do when it comes to being all cute with Leanne.

Siannise confronts Connagh for not choosing her during the recoupling. Repeating the words, “oh, ok,” about a billion times, she explains she felt stupid after putting it out all on the line for him. Well, girl, after the way you treated Nas, maybe you are!

Connor woke up in a better mood, he claims. He promises to show Sophie what she is missing.

Jess sister-zones Nas, but they seem to have a much more positive vibe going for them than him and Siannise.

Shaughna and him discuss this history after the game is over, but Shaughna is pretty nonjudgemental about the situation.

The episode ends teasing the next big drama: a new girl on the island!

Before the new girl enters, though, our islanders settle into their new couples. Connagh makes Sophie breakfast, which seems to be all the rage in showing interest.

Connor is very upset with this deed, still heartbroken over his lady being stolen by the taller Connagh.

Shaughna and Nas have a little pep-talk personal training session in which they repeat, “a friendship couple’s not my goal.” Good for Nas!

Another cute scene occurs when Mike and Leanne are sent on their first official date. They receive massages from one another—an activity Love Island greatly enjoys setting up for a worldwide audience to awkwardly view.

Then, in an activity where the girls wear sexy costumes and dance on the boys around a villa bench, it happens: a new girl shows up, in a goddess outfit no less.

The episode ends as dramatically as possible: Callum and Connor have been invited to the hideaway with new girl Rebecca. Uh, oh…