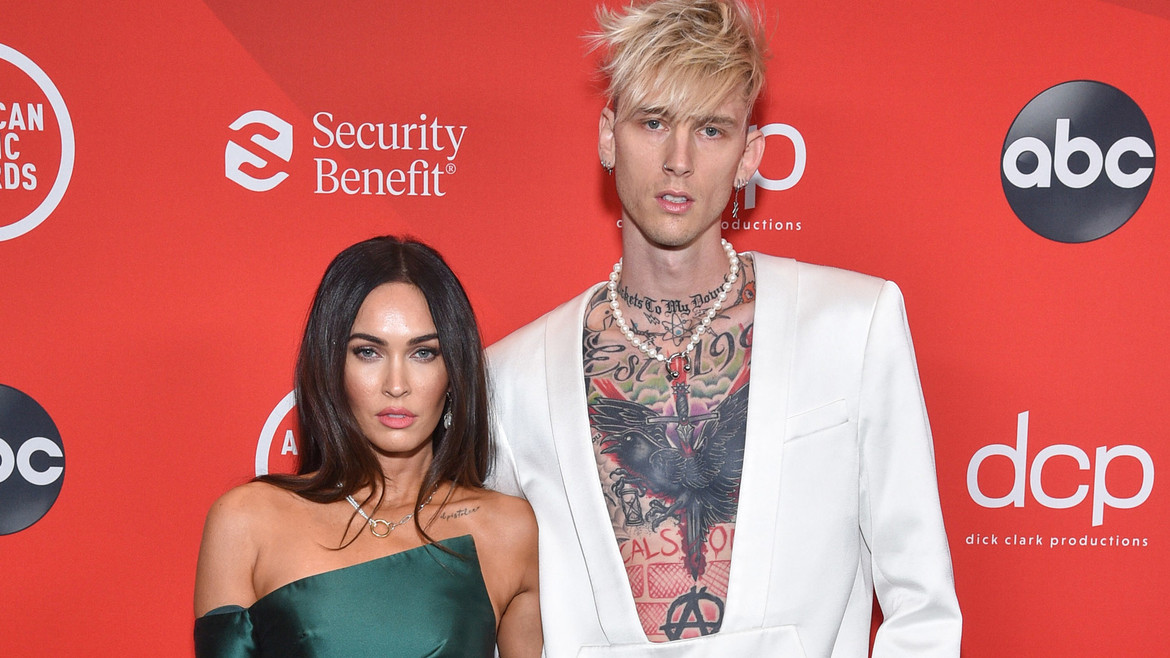 Well it looks like Megan Fox and Machine Gun Kelly could possibly be starting a new chapter in their lives together.

The pair sparked rumors when the actress, 34, was spotted wearing a massive rock on her ring finger on Thursday, January 28. 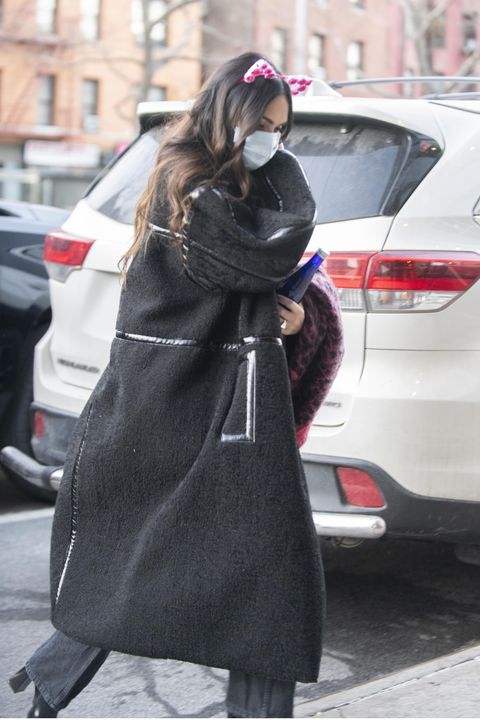 Fox and Kelly, 30, looked cozy as they made their way to his rehearsals for an upcoming “Saturday Night Live” performance scheduled for Saturday, January 30.

The “Transformers” beauty kept it casual-cute wearing a black oversized coat, paired with an animal print cardigan and a matching headband with cat ears. Of course the finger bling was noticeably the statement piece of her outfit. 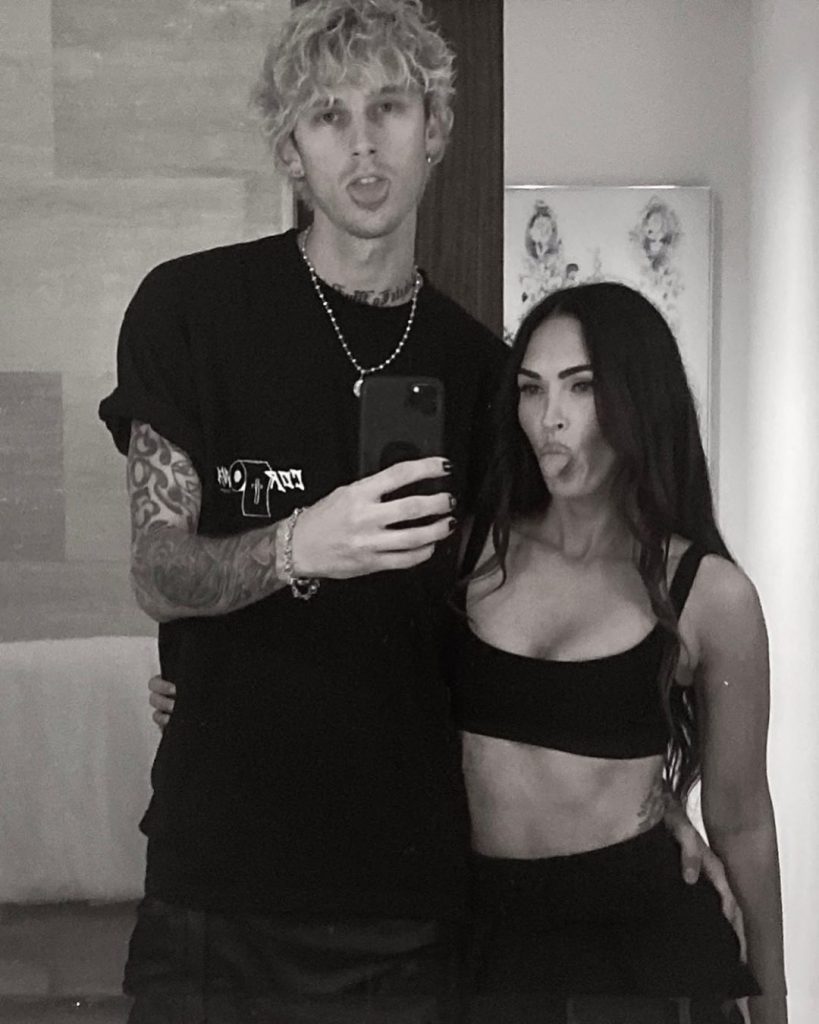 The couple who met on set, while filming “Midnight in the Switchgrass” in Puerto Rico, formed a bond in March 2020.

Sources told E! that the co-stars have been hanging out a lot since lockdown! “The down time has been good for them. They are intrigued by each other and having a lot of fun.”

In May 2020, rumors of romance between Kelly and Fox began to swirl as the pair were spotted in Calabasas together getting takeout. It would later be confirmed during an interview by Megan’s estrange husband, Brian Austin Green, that they had been separated since November 2019. The former couple share 3 children, Noah, 7, Bodhi, 6, and Journey, 4.

The “Beverly Hills, 90201 star,” 47, also addressed the photos of Kelly and Fox out together. “I’ve never met him, but Megan and I have talked about him,” he said. “They’re friends at this point, and from what she’s expressed, he’s a really nice, genuine guy, and I trust her judgment.” 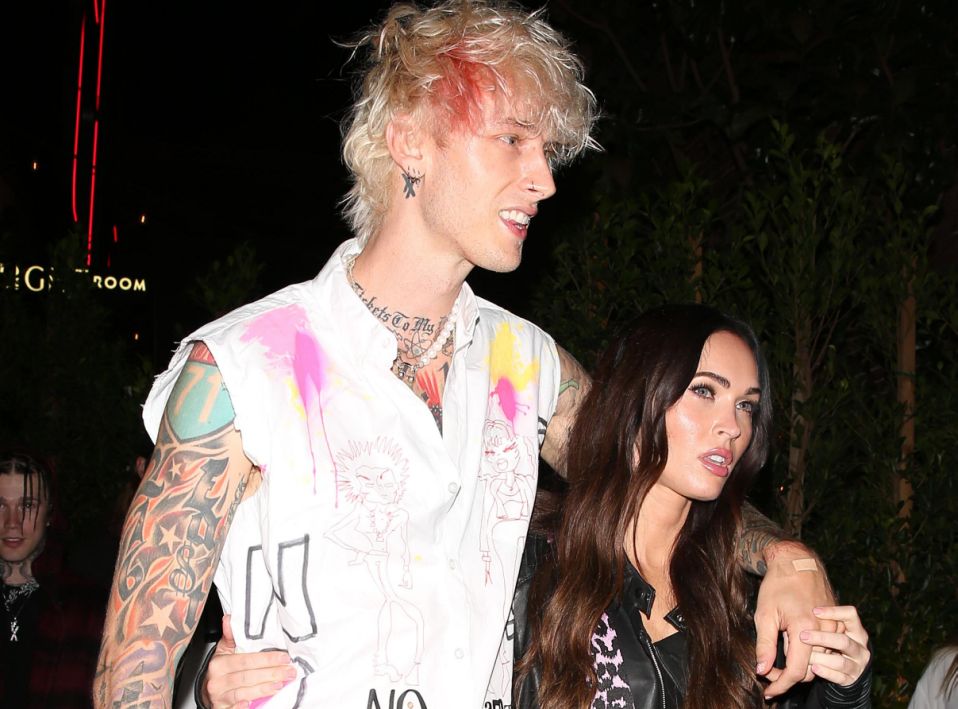 Kelly, who has a 12-year-old daughter from a previous relationship, feels a strong connection to Fox, as they both are parents. He has also credited the actress for saving him from substance abuse.

In an October 2020 interview, the “Wild Boy’” rapper admitted that he recorded “Tickets To My Downfall” while in a “drunken stupor,” but that has all changed since being with Fox.

Since publicly solidifying their relationship, Kelly wasted no time showing off his beau as the romantic lead for his “Bloody Valentine” and Drunk Face” music videos.

What are your thoughts on this couple? Could the engagement rumors be true? Drop a comment below and let us know!

Be sure to check out our latest article on Pamela Anderson’s recent marriage!