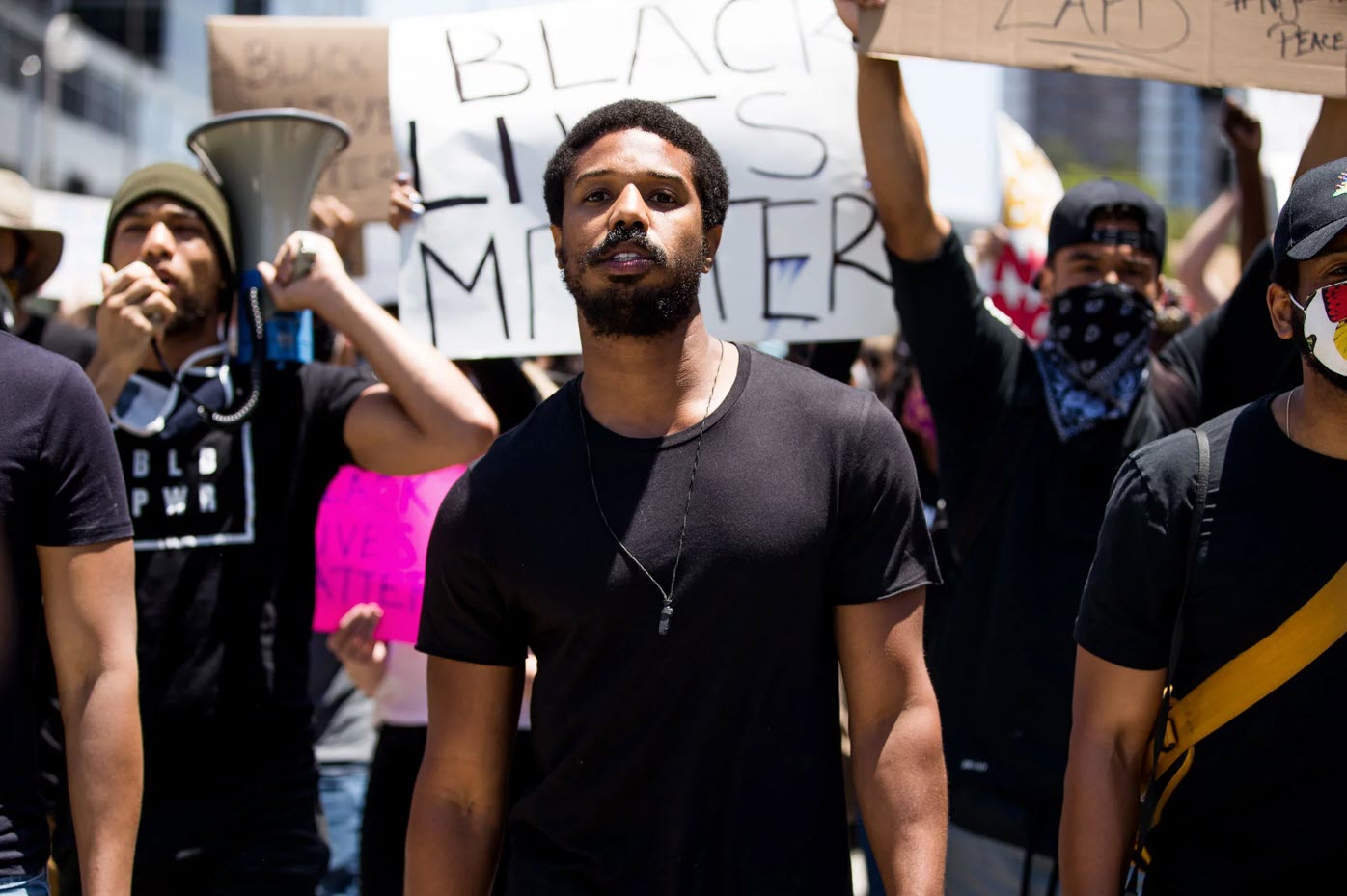 Michael B. Jordan Calls for a Commitment to Black Hiring 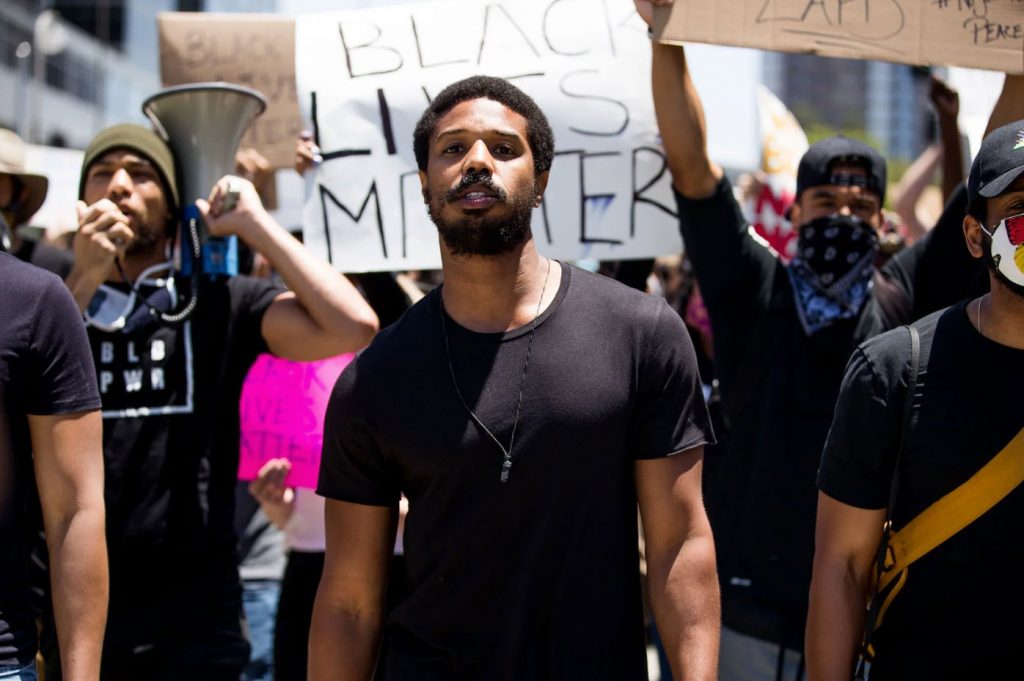 “Let us bring our darkness to the light,” implored Michael B. Jordan.

In 2013, Jordan played Oscar Grant, another black man killed by a police officer, in Fruitvale Station. This past Saturday, the actor spoke out against police brutality and racial injustice at a protest in Los Angeles. He urged the entertainment industry to implement changes. 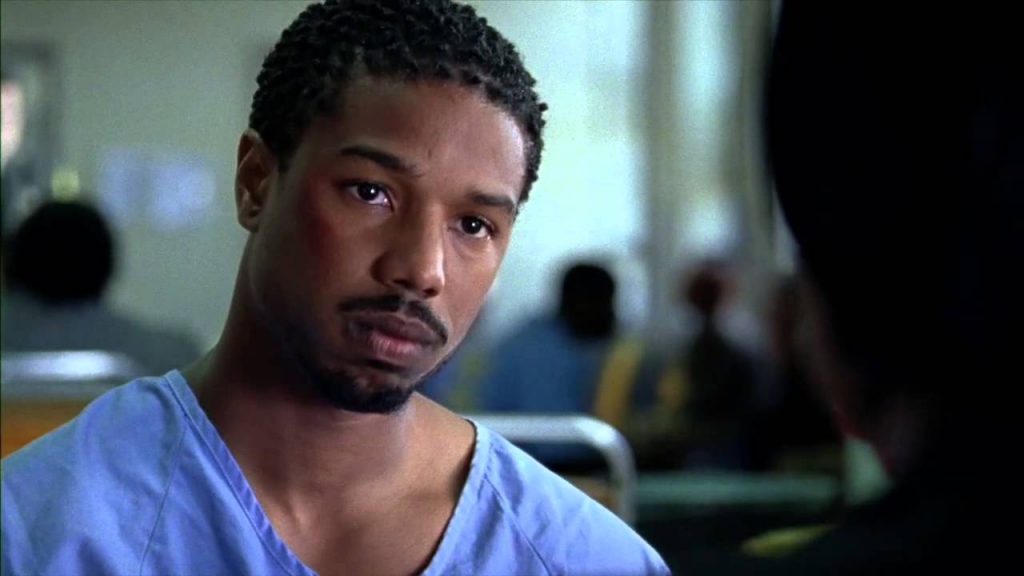 In a video taken by another protestor, Jordan stated, “I’m proud to have an inclusion rider and all that good stuff, and I use my power to demand diversity, but it’s time the studios and agencies and all these buildings we stand in front of to do the same.”

Talent agencies CAA, UTA, WME and ICM Partners organized this protest. Jordan also asked this very important question to the entertainment industry: “Will you support a non-profit that’s working to solve problems of our industry that OUR industry created?”

Jordan noted that the industry was committed to a “50/50 gender parity in 2020” but would the industry also be willing to commit to black hiring. But not just hiring. Jordan would like Hollywood to commit to allowing “black content led by black executives, black consultants.”

At the end of the video, Jordan stressed the importance of needing to vote when the time comes. As simple as it may seem, voting “has never been more important than it is today.”