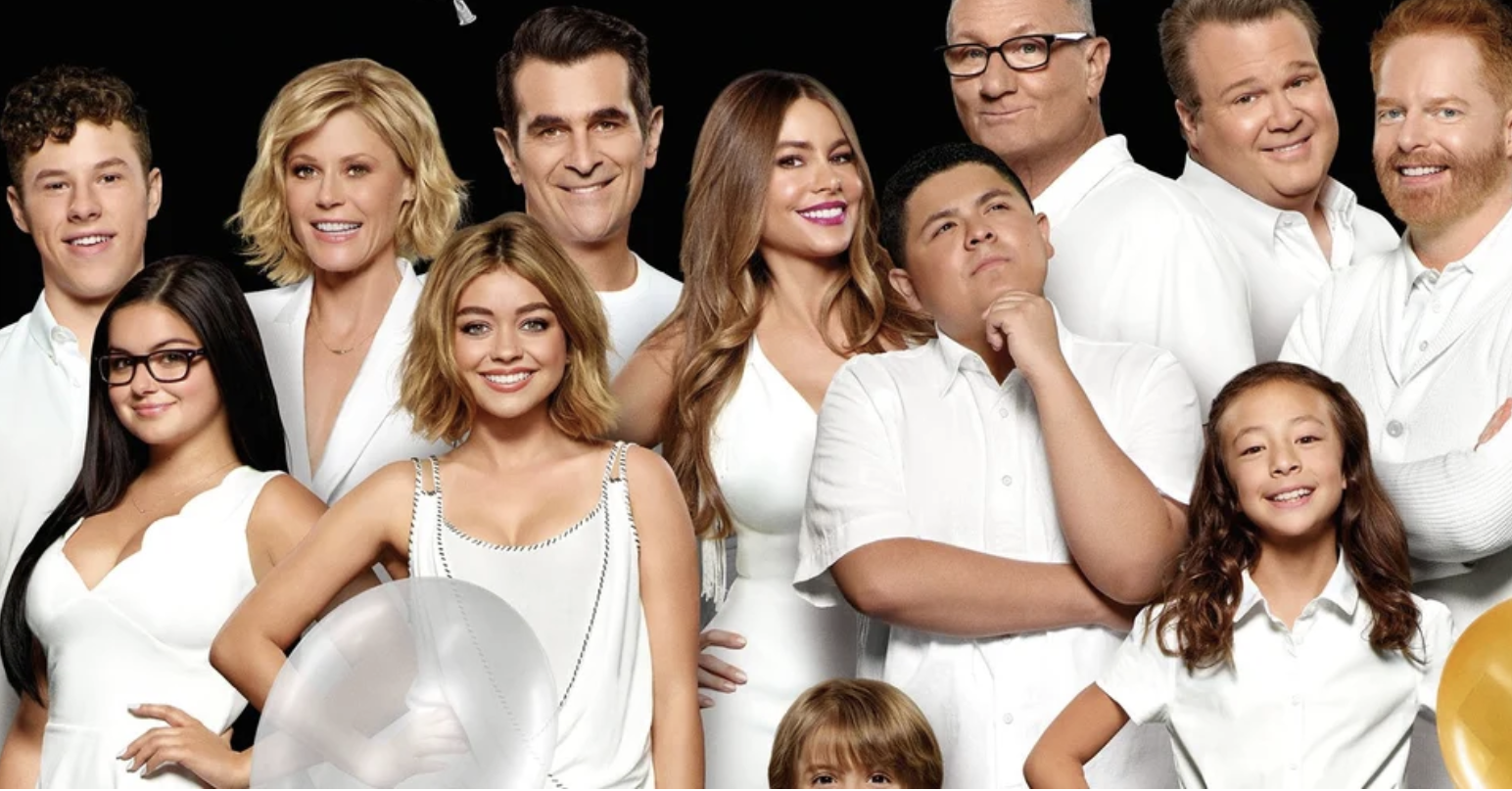 The ABC show Modern Family, airing for 10 seasons, is wrapping up on April 8th. The cast and crew are saying their official thank yous and goodbyes together and taking moments alone to reflect. The era of the classic #Phildunphy dad quotes is coming to end. Though Ty Burell, who played Phil Dunphy, is not big on social media, fans can still enjoy his middle-aged goofy dad goodness on the new animated Fox show Duncaville. His Modern Family wife, played by Julie Bowen, posted a sweet token of appreciation for getting to act alongside Ed O’Neill, playing her father, for so many years.

Sofia Vergara, possibly the show’s biggest breakout star, posted her appreciation for her time on Modern Family, in classic creative English of her character, Gloria, “I will never forget this set, this people, there where only good times. Thank you Modern Family. Thank you Gloria Pritchett.” Jesse Tyler Ferguson, got one last time with his character’s best girlfriend, off-the-wall Sal, played by Elizabeth Banks.

The kids who grew up on the show, since it spanned a decade, expressed their mixed feelings about the show ending in all sorts of ways. Ariel Winter, the middle Dunphy kid, celebrated new beginnings in a classic young lady move, new hair color! Her onscreen little brother, Nolan Gould, posted a ton of pictures from the wrap party. Their onscreen big sister and step-cousin each posted their goodbyes to a child actor’s home away from home, on-set trailer. Aubrey Anderson Emmons, their other onscreen cousin met up with another teen actor saying goodbye to his show, Fresh Off The Boat, Hudson Yang. Hopefully, they are planning an epic spring break.

The cast and crew of Modern Family have been saying goodbye to their show home for months now, but Eric Stonestreet, who played Uncle Cam on the show, turned goodbyes into a second job. He has documented the final everything, here, here, here, and here. Finally after using Trace Adkins song “You’re Gonna Miss This” so often, Trace got in on the tributes and sent a video from the Grand Ole Opry. Celebrity fans of Stonestreet’s videos, like Courtney Cox and Angela Kinsey from The Office, sent their love for the videos in comments. Modern Family’s ending has us all asking “WTF?” Though in Phil Dunphy’s optimistic eyes it’s, “Why the face?”